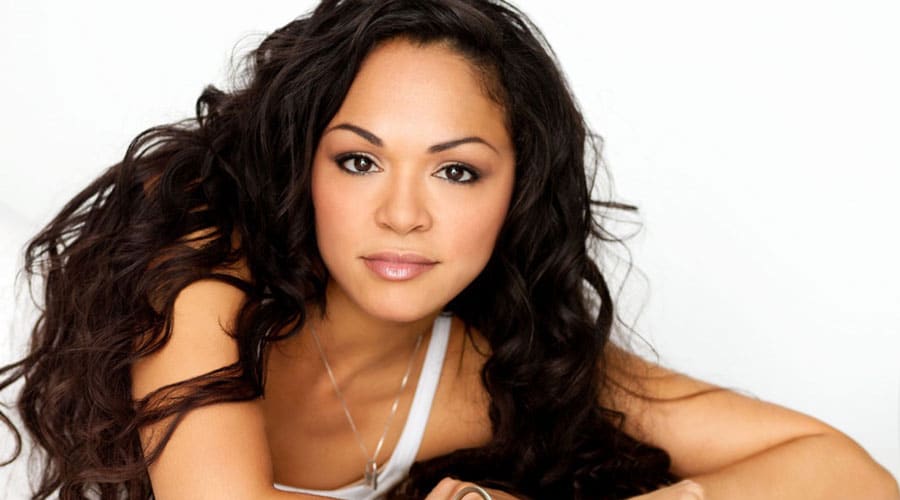 A glorious survivor of multiple tech fails, this episode in the formidable cabaret chat-show series based in New York City featured the great trouper, Karen Olivo.  Seth, ever the elegantly charming and suave partner, was in his element here with sparky repartee to the fore, cheeky and challenging, and clearly relishing some adventurous choices of not only repertoire but also style.  Example: the starter, ‘You Go To My Head’ (J. Fred Coots and Haven Gillespie) got a funky, jazz-soul-fusion treatment that placed us somewhere in a late-night, dimly lit, possibly smokey cocktail dive in Greenwich Village.  A lovely place to be.

However, by day Karen is a student and also a teacher at CCM (Madison, Wisconsin), which is great, and led us into a discussion of another favourite topic in this cycle: audition songs.  Seth gave her pet 1st call number a tinkly, sweet, cutesy feel, as Karen sang, ‘I Honestly Love You’, (Jeff Barry and Peter Allen), making it sound all her own, of course.  Then, as we retraced some of the steps in her history, we learnt that via one equity-recognised summer at Wagon Wheel Theatre in Indiana (thank you, Indiana), she got access to an open audition for the Toronto company of ‘Rent’, and that was her big break.  She slept outside the theatre two nights in a row – in December – in New York, desperate to get a crack at the job.  They took her like a shot.  Then, shortly after that, a swing spot opened up on Broadway, and they put her in that.  Hey, presto!  Both played this cool.  Seth says, ‘Broadway is like high school, but just with better wigs’.  Droll!

So, next up, we got a cool, soft-rock, ‘Take Me Or Leave Me’, Jonathan Larson’s souped-up character portrait of Maureen.  She stayed with this show for four long years and played plenty of roles.  Sarah Bareilles also wrote an extra song for the show, and we got that, too, opening up a whole new, more spacious, roomy, and much more vulnerable mood: ‘Something Always Brings Me Back To You’.  The extraordinary thing about the way Olivo operates is that she is so totally ‘in the moment’ of whatever she does, no matter how far apart each individual moment maybe, she just moves, apparently seamlessly, from one to the next: the switching between moods and manners is electric and astonishing.  What drives this?

Is it, maybe, the fact that we have to ask the question, ‘How Can People Have No Feelings?’, the great interrogation of ‘Hair’ (Rado, Ragni, MacDermot).  A song like this, constantly re-treading the same phrase, twisting it a bit, a lot, this way and that, is so much like an 18th-century opera number, it needs such attention to bring out the life of its drama.  And that’s what it got here.  And truth.  There is no way you can hide from confronting basic human emotions in this repertoire because any fakery will become immediately obvious.  And that includes dropping the veils and showing all – or quite a lot of – your junk to the punters.  (Gasp!)  It’s ‘Hair’!  Some people feel rather sensitive about this; they can be easily shocked.  It’s a cultural thing.  Spend some time living in another society, with other mores (say… Germany?), and you may soon discover that such qualms don’t always travel.

But this is the USA, the land of the complicated and the home of the challenged.  And also Lin-Manuel Miranda.  Karen got right in on his masterpiece, ‘In The Heights’, from its wonderful beginning.  Having been heard in the musical, ‘Brooklyn’, where she made a fabulous mark (Seth: ‘I loved it’) belting out a very exposed number and a fizzing, vibrato-rich, top, screamy bedazzler, she was a shoo-in for Vanessa, a role awarded to her without any fussing about a singing audition.  Seth and Karen wandered off into a real old chat about who could remember what of their mutual past, which, through a sequence of fitful starts, eventually led them toward a shared rediscovery of something that brought them closer together.  But, sticking with Miranda, Vanessa’s lovely, bright bit of ‘It Won’t Be Long Now’ shone: and it was followed by a discussion of range and learning the stuff and technique; a top D (as here) is hard, but a top C … ‘Used to be high on Broadway, but it’s not anymore; it’s like Bea Arthur’.  You get the humour, you follow the argument.

And so to the question of diversity.  ‘In The Heights’ is all about that, and at this point, we needed to know about Karen’s mixed heritage, and about whether theatre reaches out to and includes her people, and indeed the fascinatingly mixed creative background she was born into and grew up in.  ‘What was the last time you saw a bunch of ‘us’ on stage, talking about ‘us’, in a positive way… ?’ she asked.  To be honest, most of Seth’s guests have had a considerable struggle somewhere in their lives; they’ve taken it on, and they’ve won.  It’s inspiring stuff to hear.  But all of this does not make difficult work easier: it’s still hard.  For instance, we got into a gripping analysis of how Olivo tackled the role of Anita in ‘West Side Story’, where Arthur Laurents himself did everything he could to build her confidence up – especially where the punishing dancing was concerned – so the production didn’t lose her.

But back at the top end of Manhattan, an injury did lose her from Miranda’s breakthrough hit, and the role for which she won the Tony award.  Very bad luck.  In a philosophical but pensive mood, therefore, we switched to the Gershwins’ ‘How Long Has This Been Going On?’, and yet another vocal style from the impossibly varied larynx of La Olivo.  She even got to do a ‘good’ audition for ‘Sir Andrew’ Lloyd-Webber and the big tune from ‘Evita’, ‘Don’t Cry For Me, Argentina’ (which his lordship wrote many years ago before he ascended into the aristocracy and was working with Sir Tim Rice before he got knighted).  And this was yet another voice we heard!  Endless invention.

It’s all about bringing the voice together with the role: and no two roles are the same, so no two voices we heard in this cabaret sounded quite the same.  Stephen Schwartz’s ‘Stranger To The Rain’ (from ‘Children of Eden’) showed us that, alright.  And so did the next number, from ‘Moulin Rouge’ (‘Baby, You’re A Firework’, Katy Perry/Ester Dean).  Which brought us right up to Covid-19 and Lockdown.  And life at home.  With mother.  Thus we ended with daughter Maddie (aged 16) for a closing duet from ‘Chess’ (Andersson and Ulvaeus/Tim Rice), the delicious, ‘I Know Him So Well’, showing us yet another side to this artist.  While we know her a whole lot better, we can’t help wondering there is still so much more to discover.

Next Up – Judy Kuhn
Read our review of Norm Lewis