Another disastrous tech fail – these are getting to a bit of a tradition – opened this most recent instalment in Seth Rudetsky’s fascinating and heart-warming intimate cabaret chat shows, and the job of overcoming it this time fell to the silver-voiced, Tony Award-winning singing actress, Stephanie J Block. She leapt this inconsequential hurdle, however, with a devastatingly passionate ‘Being Alive’ (how appropriate for these corona-days), with more Stephen Sondheim to come later in the performance.

Singing in – as it were – from Cape Cod, Mass., and wearing appropriately sedate Yankee black with a high-ish neck, Stephanie got right on board with Seth’s exhilarating pace, launching into a discussion of what makes a good voice: this is another – equally challenging – tradition of the show.  Why?  Because even if you’re lucky enough to be born with a great set of pipes, you’d better look after them, or your career will be very brief.  A burst of best Julie Andrews-esque ‘Supercalifragilisticexpialidocious’ was enough to convince us of that truth, and Block can tune her voice into any sound.

‘Part of that World’, Alan Menken and Howard Ashman’s delicious ‘I want’ song from Disney’s ‘The Little Mermaid’, eased us into the next moment: this week’s ongoing corona-lockdown survey, tied in nicely to life’s eternal story of struggle, commitment and courage, themes running through a long list of gigs Steph tucked beneath her cinched belt on her way to the top.  But the vocal ‘belt’ is her great secret, and Jerry Herman’s ‘Don’t Rain On My Parade’ gave it plenty of space to spread its wings.

And her comic story-telling is priceless: the one about the taser gun she tried to take with her onto a plane (a federal offence)….this must be filmed one day!  We see, all too well, that there is actually a very thin membrane separating the glitz of showbiz from the mean streets of the USA, a tough world from which stardom does not necessarily offer much protection.  Lapses like this, however, might be an easy mistake for even an adult to make, but we want others to do better: ‘Children Will Listen’ from Stephen Sondheim’s ‘Into The Woods’ made a nice, grown-up commentary upon this sin of impetuous, reckless maturity, twinkling with all the different hues in her rainbow voice.

Then we got a true-life musical romance, the story of how she got together with her ‘Wicked’ co-star, Sebastian Arcelus.  This was really emotional stuff, and another great story about an engagement ring.  ‘Unexpected Song’ from Lloyd-Webber and Black’s ‘Song And Dance’ came up next to set the lights sparkling through those diamonds.  We then were shown around Schoenberg and Boublil’s ‘Pirate Queen’, a gig that has had less overwhelmingly enthusiastic responses (from critics and audiences alike), but there’s always something good to be found in any Broadway show, and we got it: ‘Woman’, which – in her hands – is a stupendous ‘I want’ anthem (not for nothing did Seth introduce this as a great audition song!).

It’s a bit of a switch (in every sense) from there to ‘Falsettos’ (William Finn) and the best number from that gig, ‘I’m Breaking Down’, zested with the occasional bang-up-to-date interpolation.  And if THIS performance was not met with plenty of privately voiced and heard applause from those watching at home, I’d be very surprised.  It was a stonker.  And so to this week’s competition winner, another stunning phoned in 60 seconds of magic (from ‘Wicked’).  America has so much wonderful talent to choose from, so much heart, and we hear it in its musical theatre like nowhere else. 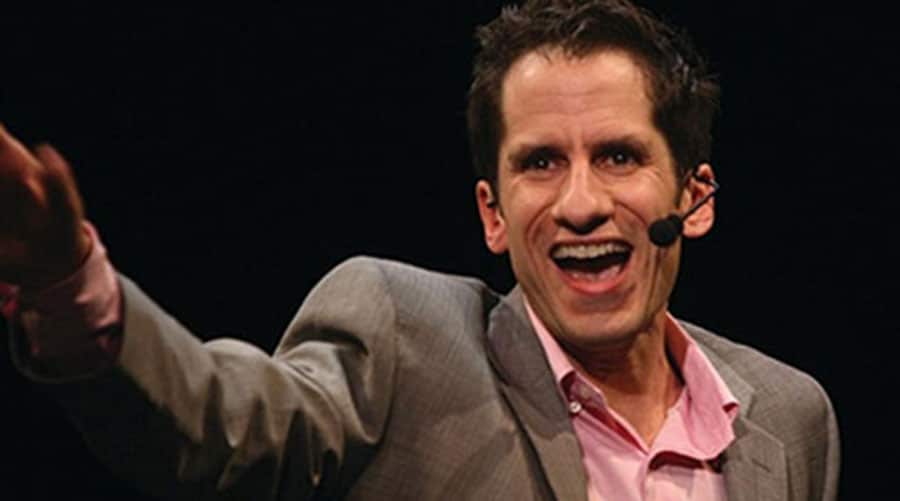 But when you hear a VERY well known song like Arlen and Harburg’s ‘Over The Rainbow’ and you hear how well the singer has worked out how to fit it to their voice, discovering for themselves what the story is in it that they want to tell, then you begin to work out what this art form is all about, and that is what Block next illustrated for us.  It was an unforgettable rendition, which led us nicely into the Stephen Schwartz spin-off, and a nice big and brassy (semi-)finale, ‘The Wizard And I’.  They were not going to leave us like that, though, and Steph segued perfectly into Dieval and Stillman’s ‘The Way of Love’ from ‘The Cher Show’… another great voice in her rep folder (thanks to Crest White Strips… another great story!).
This was the route that took us to, ‘Believe’, a song with lyrics by Cher, and also contributions from literally half a dozen other named writers (for whom one can only wonder what the royalties distribution is).  It’s a very nice song, sung very well here.  As were all the numbers in another show, ending this time around with Nancy LaMott’s exquisitely heart-felt, ‘We Can Be Kind’ (which I’m pretty sure was written by her husband, David Friedman).  Another heroic story lies behind that career, too, and we do well to remember them.  Thanks to Seth, and Stephanie, for reminding us of the important things in life.  We need to hear not only this music, but the stories behind them, too.  So keep them coming!
SETH RUDETSKY WEBSITE
Read our review of Norm Lewis