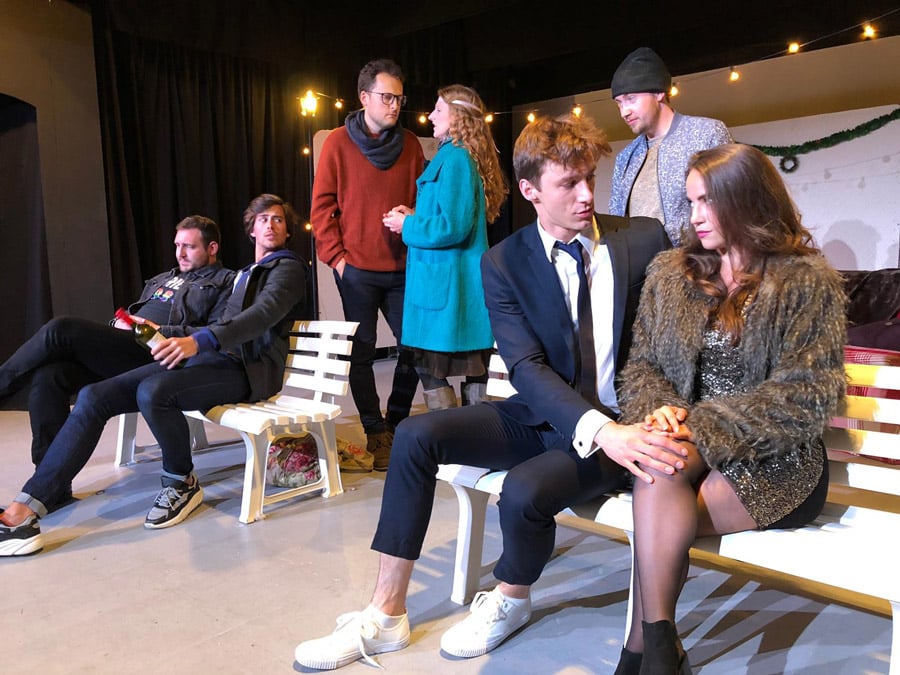 ‘Pop-Up Opera’ has developed nationally into a winning formula now that ‘country house opera’ has become so expensive both to put on and to attend. It is successful because of its simplicity of method and because it lets the traditional qualities of venue and chosen work speak for themselves without undue artifice. This is very much the case in Opera Holloway’s touring production of La Bohème, which finds new things to say about one of the most familiar works in the repertory, within a remarkably evocative and thought-provoking setting.

Sutton House is a most unexpected Tudor building to find in the centre of Hackney. The first major brick domestic house to be built outside Central London, and the creation of Ralph Sadler, protégé of Thomas Cromwell, and a man more successful than his master in amassing a fortune and keeping not just a cool head, but his head, period. Much knocked about since this fascinating house is an island of layered historical tranquillity at one end of Mare Street which blots out twentieth-century bustle immediately once you are within its very thick walls.

It is an excellent venue for opera too because apart from the leafy and quirky architectural setting there is also a more modern barn that is the perfect size for a chamber performance of opera with piano accompaniment, with just enough space to set up a plausible set and accommodate an audience of fifty or so.

What strikes you first about this production is the combination of zesty wit and practicality that you need in any successful touring show. Gone are the garrets of Paris and enter the student bed-sits of Worthing instead. A suitably grungy living room, populated by students in a mixed array of sweatpants and tops, and above them punchy surtitles taking the libretto of this 1980s opera well into 21st-century urban slang. Conductor Lewis Gaston does not hang about or linger over-familiar material, so we are plunged into lively scenes of student joshing around that are both well-acted, genuinely funny and convincingly sung. This is just the burst of energy that this opera needs to engage us at the start whatever the scale of the production.

As we move on into the first meeting and duet of Rodolfo (Alex Haigh) and Mimì (Callie Gaston) you know you can relax for the rest of the evening. Both are entirely secure vocally, with barely a hint of strain at the top and very plausible chemistry between the two of them. The same can be said of Sam Oram’s Marcello and the Musetta of Lorena Paz Nieto, although in this case, the chemistry is – rightly – of a highly combustible kind. This central quartet is at ease with one another and equally capable of taking individual moments at their full worth and blending carefully with each other’s vocal textures. 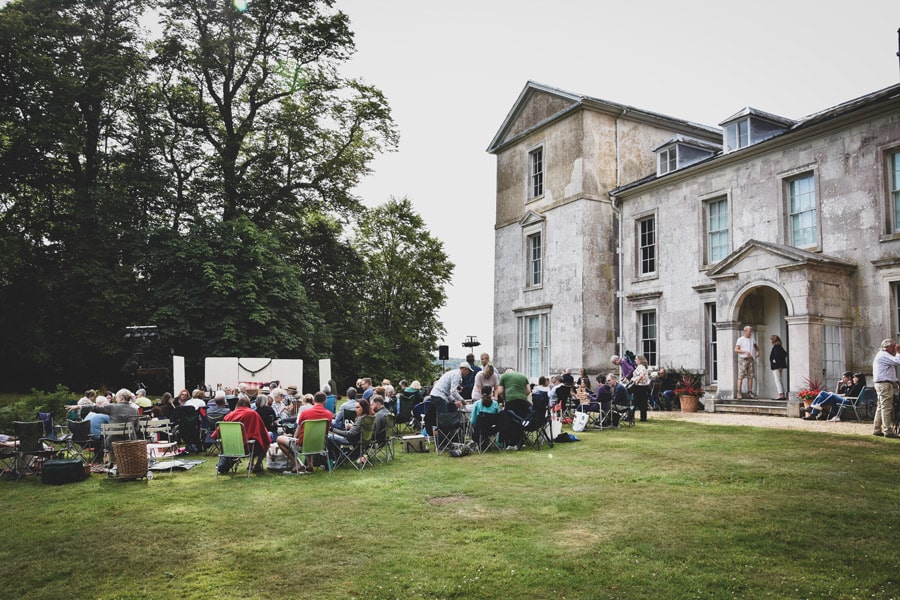 Director Fiona Williams does a fine job in sustaining movement and visual interest throughout while not placing the performers in positions which hamper their vocal production. Her own training as a singer comes through here in maintaining the balance between naturalism and the kind of physical comfort needed to deliver what is, for all its familiarity, demanding vocal music. This was particularly in evidence towards the end, where the focus on the death of the heroine can sometimes lead to a generalised sentimentality on the part of the supporting cast. Not so here, where each of them followed their own story through to the end, with touching moments of affection between all the participants, thus reinforcing their sense of group identity and common aspiration to make the most of life’s often limited opportunities.

Among the smaller parts, Louis Hurst and Matthew Thistleton bonded well as Schaunard and Colline, with the latter making the most of his brief ‘farewell’ to his coat, and the former finding a wide gamut of expressive emotion in the carousing scenes as well as at Mimi’s death. They embodied a deeper truth common to the whole ensemble which is that to be a ‘bohemian’ is not about a specific place but about creativity and defiance in the face of poverty and society’s disdain that seems all too topical right now.

A special mention should go to pianist and repetiteur Laurie O’Brien. It is a hard ask to be both subordinate and harmonically supportive to the singers and to reach for the colours and panache of Puccini’s orchestration as well. The piano had something of a dry sound to it but she conjured up the colour and whirl of the Café Momus powerfully as well as the thinned-out textures of the freezing cold apartment in winter.

There is only one reservation to enter into the ledger and that concerns the sound balance. This reviewer was seated in the front row and so took the full force of the singers’ projection in a way that those seated further back did not. But all the same in the limited space of Sutton House more use of mezza voce would have enhanced not reduced the expressive effect of most performances and drawn the audience into the characterisations rather than compelling attention through volume. This is largely an issue of adjustment to performance spaces, and given that rehearsal time on tour is at a premium this is a danger hard to avoid.

But this point does not detract from an evening of rare musical quality and tremendous energy and verve. I would recommend this production wholeheartedly as it tours – there is much to admire and relish whether this is your first or fiftieth outing with this opera. The greatest operas are endlessly flexible and this production has the great merit of overcoming familiarity by making a dramatic case very pertinent to our own current concerns and aligned to the lives of young people of the generation represented by the singers themselves.