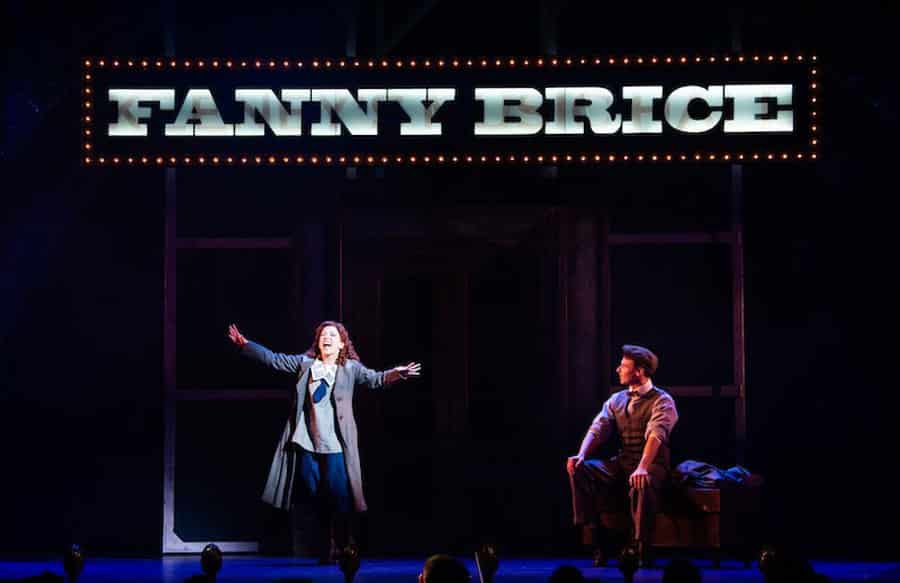 “Le spectacle continue” is what they say in France when they mean the show must go on. The new Paris production of Funny Girl, from British director and choreographer Stephen Mear, is full of spectacle, recalling the dazzling revues that form the backdrop to the story. The 21-strong cast delivers this classic musical with flair and pizzazz, led by a brilliant, funny and heartbreaking performance by Christina Bianco as Fanny Brice. 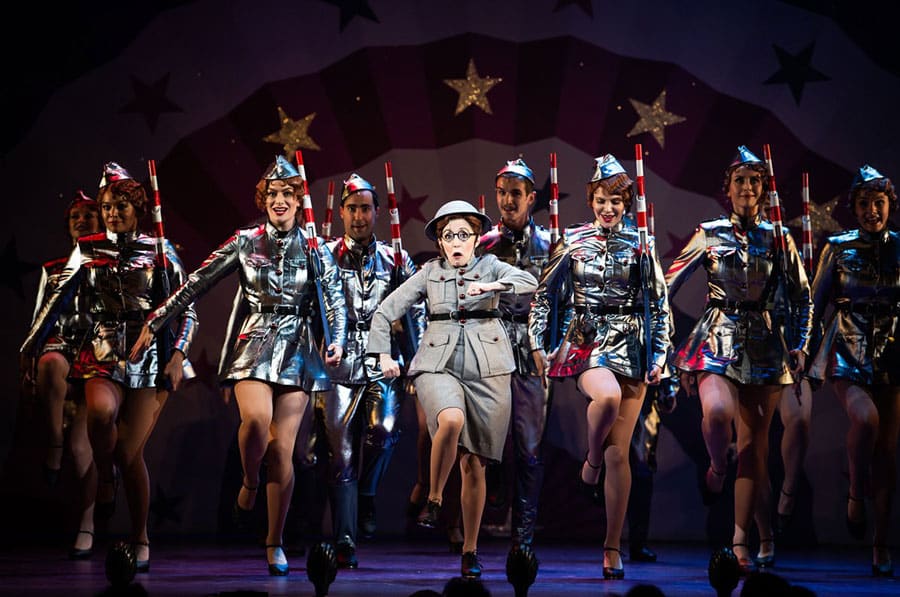 Performed in English with French surtitles, the show transports the magic of Broadway to the stylishly refurbished 19th-century Théâtre Marigny near the Champs-Elysées in the centre of Paris. With a book by Isobel Lennart, it tells the story of real-life entertainer Fanny Brice whose skill at comedy and unflagging perseverance made her a Broadway star in the first decades of the 20th century. It focuses on the start of her career in the legendary New York-based Ziegfeld Follies shows (inspired by the Folies Bergère cabaret musical hall in Paris) where she was an instant hit despite not conforming to the era’s conventional standards of beauty. With her own pitch-perfect comic and vocal abilities, Bianco has the star quality to explain Fanny’s stellar appeal. From raising laughs one minute, she shifts the tone to bring out all the emotional power and meaning of hit songs “People” and “Don’t Rain On My Parade” as well as less familiar ones such as “The Music That Makes Me Dance” – a show-stopping, intimate contrast to the overall spectacle of the production. 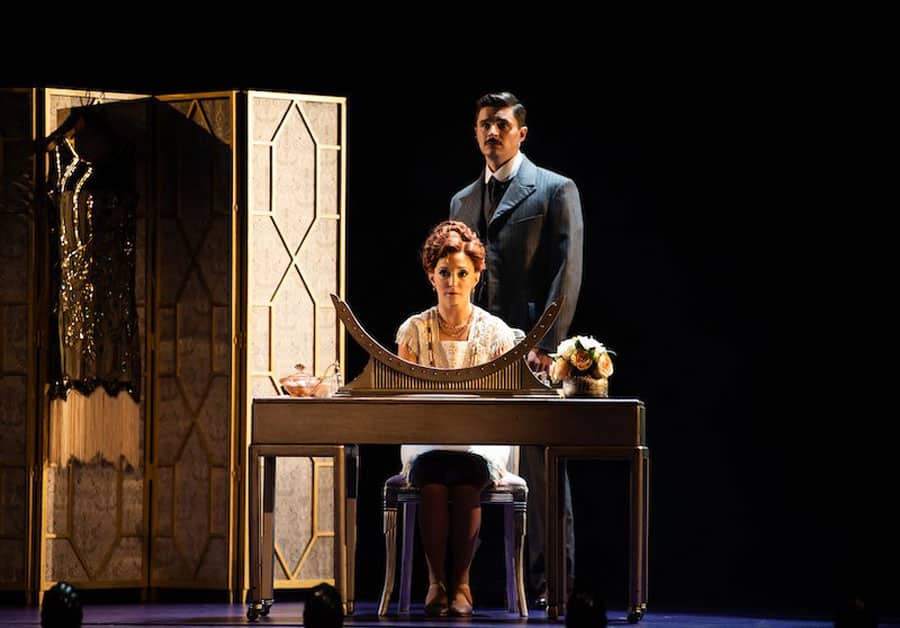 The show also charts the ups and downs of her relationship with the handsome but reckless entrepreneur, Nicky Arnstein, played with elegant assurance by Ashley Day. There are many other memorable performances among the talented ensemble including Matthew Jeans as Fanny’s loyal friend Eddie Ryan, Rachel Stanley as her supportive mum Rose, Shirley Jameson as family friend Mrs Strakosh and Jessica Buckby as fellow dancer Mimsey. 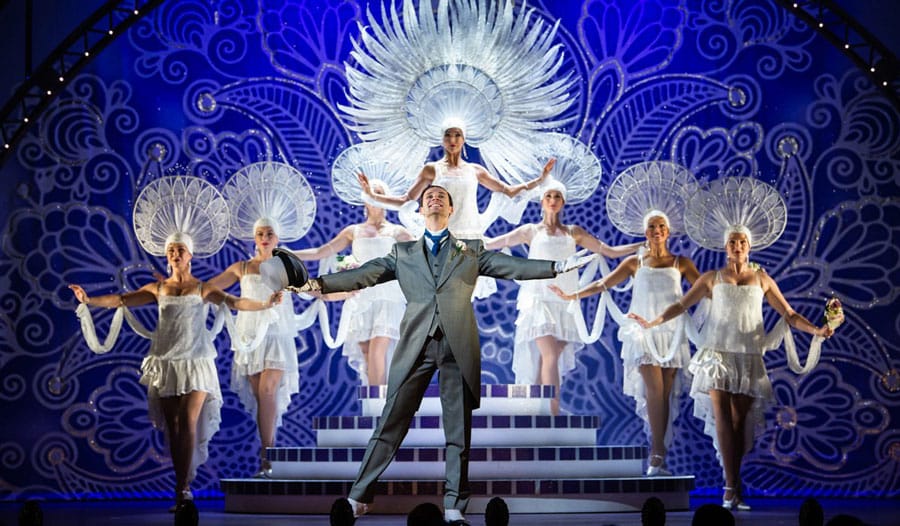 Alongside Jule Styne’s richly orchestrated score and Bob Merrill’s sophisticated lyrics, Mear serves up lavish choreography throughout (assisted by associate choreographer Joanna Goodwin), filling the stage with energy especially in the many routines that feature nearly the whole cast. Making use of Théâtre Marigny’s revolving stage, Peter McKintosh has designed stunning sets inspired by the backstage machinery of Broadway as well as a succession of stylish, colourful costumes. Much like Florenz Ziegfeld and his revues, Mear has created a show that celebrates the glitz and glory of old Broadway musicals, with a phenomenal Fanny Brice as its beating, broken heart. 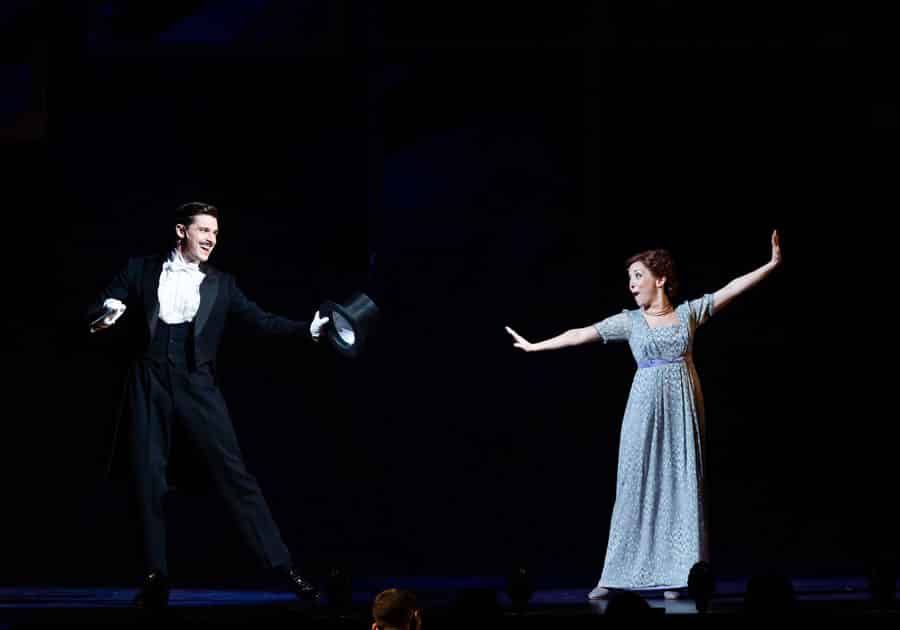 The Paris production of Funny Girl is fully in English but, with French surtitles above and on either sides of the stage, here are a few useful phrases you can learn.