The National Theatre has announced a programme of 15 new plays and adaptations that will help to counter criticism that it lacks diversity in its selection of writers. 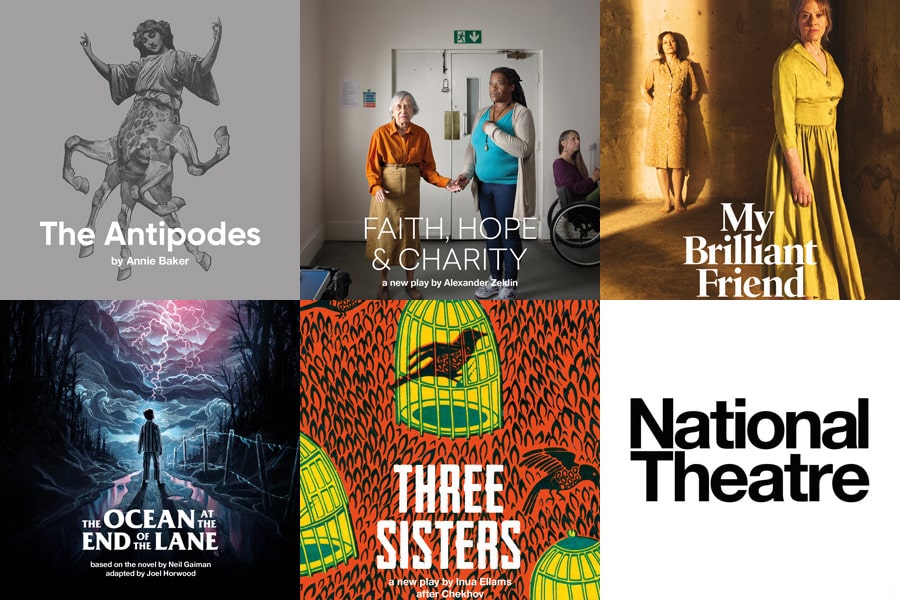 The new works will be part of a programme running from September 2019 to July 2020 which also includes previously announced productions by Annie Baker, Inua Ellams and Nadia Fall.

After being involved in more live performances beyond London than at its South Bank base last year, the National Theatre is continuing its commitment to theatre outside London with a new adaptation of Brecht’s The Caucasian Chalk Circle by Chris Bush in partnership with Doncaster theatre Cast.

Announcing the new programme today, joint chief executives Rufus Norris and Lisa Burger hope it will reflect the National Theatre’s commitment to better representation, including its aim to have a 50/50 gender split for directors and living writers by March 2021.

Norris admitted that, in March, they had misjudged the impact of an announcement that exclusively featured six shows written by men. “There is always going to be a little bit of up and down,” he said. “I think the real learning from it is that these announcements are strong gestures and it is important for us to understand that and realise that every time we make an announcement that can be read on its own.”

Pointing out that the current programme features four shows written by women, he added that they would make sure there was “some representation within” each announcement of new productions in the future.

April De Angelis’s two-part adaptation of Elena Ferrante’s four Neapolitan novels, titled My Brilliant Friend, will come to the Olivier Theatre in November after a sell-out run at Rose Theatre Kingston in 2017. Reworked for the National by director Melly Still, it will feature the same cast led by Niamh Cusack and Catherine McCormack. It will feature design by Soutra Gilmour, movement direction by Sarah Dowling, puppetry direction by Toby Olié, music by Jim Fortune, lighting design by Malcolm Rippeth and sound design by Jon Nicholls.

In February 2020, the Olivier will stage Friedrich Dürrenmatt’s German-language classic The Visit, a tragicomedy from 1956, adapted by Tony Kushner, writer of Angels in America and Caroline, or Change. Directed by Jeremy Herrin, it will star Lesley Manville alongside Richard Durden, Sara Kestelman, Joseph Mydell and Nicholas Woodson. It will feature set design by Vicki Mortimer, costume design by Moritz Junge, lighting by Paule Constable, music by Paul Englishby and movement by Polly Bennett.

From April 2020, the Olivier will stage Jack Absolute Rides Again, written by playwright Richard Bean and actor Oliver Chris, based on Richard Sheridan’s 1775 classic The Rivals. Updated to World War II and set in a country hall requisitioned by the RAF, it will commemorate the 80th anniversary of the Battle of Britain. Directed by Thea Shurrock, it will have a set and costumes designed by Mark Thompson.

Completing the latest line-up of new work in the Olivier will be Paradise, a re-imagining of Sophocles’ tragedy Philoctetes about Odysseus’s attempts to persuade shell-shocked Greek hero Philoctetes back to fight in the Trojan War. It is being written by lyricist, novelist, poets and playwright Kate Tempest. Lesley Sharp will play the title role and it will be directed by Ian Rickson, with set and costume design by Rae Smith. It will run from June 2020.

After Inua Ellams’ previously announced adaptation of Chekhov’s Three Sisters in December, the National’s Lyttelton Theatre will premiere The Welkin by Lucy Kirkwood from January 2020. It will star Maxine Peake alongside Natasha Cottriall, Cecilia Noble, Dawn Sievewright and Ria Zmitrowicz. Set in rural Suffolk in 1759, it is a story of justice and gender surrounding the trial of a woman sentenced to hang for murder. It will be directed by James Macdonald with set and costume design by Bunny Christie, lighting by Lee Curran and sound by Carolyn Downing.

Moira Buffini’s new play, Manor, will open at the Lyttelton in April 2020, starring Nancy Carroll as a woman sheltering a disparate group of people, including far-right leaders, in her manor house during a storm. This “darkly comic” drama will be directed by Fiona Buffini, the playwright’s sister, with set and costume design by Lez Brotherston and lighting design by Paule Constable.

The Lyttelton will also host a new edition of The Seven Streams of the River Ota, which returns to the National Theatre after it first played there in 1996. Marking 75 years since the nuclear bombing of Hiroshima and Nagasaki, the seven-hour saga is the work of Ex Machina and is directed by Robert Lepage. The run in March 2020 is part of a world tour.

The smaller Dorfman Theatre will premiere new play Faith, Hope and Charity in September 2019 – the third piece in Alexander Zelkin’s trilogy that tells the stories of people forced to the margins of society. It follows the lives of people in a run-down community hall including a woman fighting to stop her daughter being taken into care. The cast will include Nick Holder, Dayo Koleosho, Susan Lynch, Cecilia Noble, Bobby Stallwood, Hind Swareldahab and Alan Williams. Set and costume design will be by Natasha Jenkins, lighting by Marc Williams, movement direction by Marcin Rudy and sound by Josh Anio Grigg.

After her previous two plays The Flick and John at the National, Annie Baker returns in October 2019 with her latest play, The Antipodes, which explores what value stories have for a world in crisis. The cast will include Matt Bardock, Arthur Darvill, Imogen Doel, Hadley Fraser, Conleth Hill, Sinéad Matthews, Stuart McQuarrie and Bill Milner. It will be directed by Baker with Chloe Lamford, with set and costume design by Lamford, lighting by Natasha Chivers and sound by Tom Gibbons.

For Christmas, Neil Gaiman’s novel, The Ocean at the End of the Lane will be staged in an adaptation by Joel Horwood, directed by Katy Rudd. Described as a modern myth about our submerged childhood selves, it follows children Alex and Lettie’s confrontation with dark ancient forces that threaten to destroy everything around them. Running in the Dorfman from December, it has a cast including Josie Walker and Samuel Blenkin. It will feature puppetry by Finn Caldwell, set design by Fly Davis, costume and puppet design by Samuel Wyer, movement direction by Steven Hoggett, music by Jherek Bischoff, lighting by Paule Constable and sound by Ian Dickinson.

Leading playwright Roy Williams has collaborated actor Clint Dyer on new play, Death of England, which will open in the Dorfman in early February 2020. Starring Rafe Spall, it explores the world through the lens of a working-class man searching for truth after his father dies. Dyer will direct the production, with set and costume design by Sadeysa Greenaway-Bailey and Ultz, lighting by Jackie Shemesh and sound by Pete Malkin.

Actor and comedian Francesca Martinez makes her National Theatre debut in March 2020 with her own show, All Of Us. She plays a woman with cerebral palsy whose life comes under threat when the government comes calling. It will be directed by Ian Rickson with set and costume design by Georgia Lowe.

As previously announced, Welcome to Iran, written and directed by Nadia Fall, will play a limited run in the Dorfman from May 2020 in a co-production with Theatre Royal Stratford East in London.

With a UK-wide touring schedule already featuring A Taste of Honey, War Horse and Barber Shop Chronicles, the National Theatre has announced that it will present a new version of Brecht’s classic The Caucasian Chalk Circle with Cast in Doncaster. Running from August 2020, it is being adapted by Chris Bush and will be directed by James Blakey, part of the National Theatre’s Public Acts programme.

This programme will also see the National Theatre work with Queen’s Theatre Hornchurch in east London on a musical adaptation of Shakespeare’s As You Like It, directed by the Hornchurch theatre’s artistic director, Douglas Rintoul, in collaboration with Emily Lim. First seen at the Delacorte Theater in New York City in 2017, it has been written by Laurie Woolery and Shaina Taub, with set and costume design by Hayley Grindle.

From this coming Monday, 17 June, until 14 September, vocalist Nubiya Brandon and the NuShape Orchestra can be seen performing a new 10-minute show, All Kinds of Limbo: From Calypso to Grime, three times an hour from noon to 8.30pm in the National Theatre’s Wolfson Gallery – thanks to virtual reality and holographic technology. They have been “volumetrically captured” for an immersive virtual experience written by Brandon and the NuShape Orchestra with Raffy Bushman, presented in an area set up with VR headsets. Reflecting on the influence of West Indian and black culture on the UK music scene, it has been inspired by the Olivier’s current adaptation of Andrea Levy’s novel Small Island about the Windrush generation. A simpler holographic version of Brandon’s performance runs simultaneously alongside.

Public booking opens for Faith, Hope and Charity, The Antipodes, My Brilliant Friend, The Ocean at the End of the Lane, and Three Sisters on 5 July 2019.