Sam Tutty and Emily Redpath are to star in a filmed theatre production of William Shakespeare’s Romeo and Juliet directed by Nick Evans. 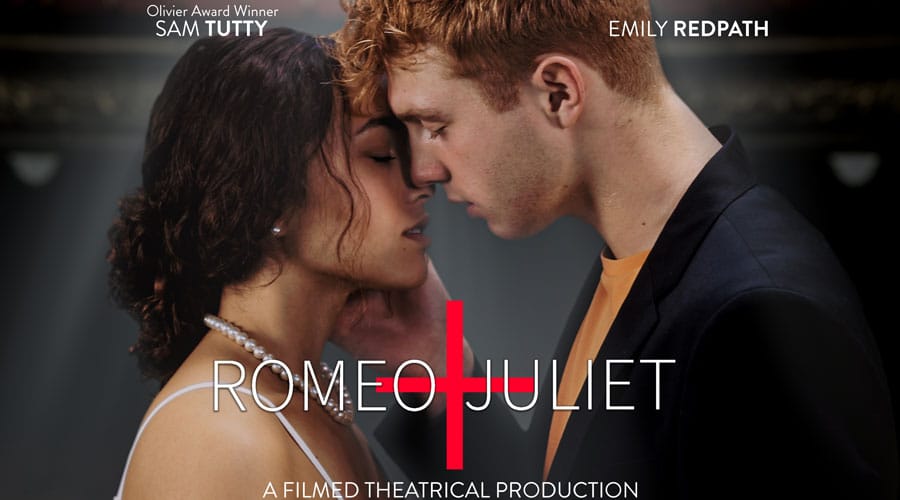 Ryan Metcalfe and Simon Gordon on behalf of Metcalfe Gordon Productions are delighted to announce a new filmed theatre production of William Shakespeare’s Romeo and Juliet starring Sam Tutty and Emily Redpath in the title roles, with direction by Nick Evans. This production has utilised new, cutting edge technology to produce and film the show whilst working to the restrictions and regulations in place.

Sam Tutty shot to fame in 2019, making his West End debut in the title role in Dear Evan Hansen (Noel Coward Theatre), for which he recently won the Olivier Award for Best Actor in a Musical. Earlier this year, he also won the What’s on Stage Award for Best Actor in a Musical for Dear Evan Hansen. Prior to this, he starred as Daniel in Once on This Island at Southwark Playhouse.

Emily Redpath graduated from Mountview Academy of Theatre Arts in 2019 and has since appeared in P**n Flakes for Spilt Milk and the feature film Help for Ridder Films.

Also in the cast of Romeo and Juliet are Brandon Bassir as Mercutio, Daniel Bowerbank as Benvolio, Jonny Labey as Paris, Sylvester Akinrolabu as Tybalt, Helen Anker as Capulet, Mark Ozall as Montague, Lucy Tregear as Nurse, Vinta Morgan as Friar, Jessica Murrain as Prince, Timmy Driscoll as Sam, Tats Nyazika as Gregory, Iskandar Eton as Abe and Ollie Tennant as Balthasar.

Producers of Romeo and Juliet – Ryan Metcalfe and Simon Gordon said:  “During a time when it has not been possible to produce shows in venues, this first of its kind production uses ground-breaking technology to film a high production value theatrical performance without the cast and creative team ever stepping foot inside a theatre. We are excited about the future of this technology and the creative possibilities it presents.

“We set out with some clear goals in mind: this production would give back to the industry, both directly by employing creatives, production staff and actors – some of whom had just graduated into a closed industry – and indirectly through a donation to Acting For Others, an umbrella charity that provides financial and emotional support to all theatre workers in times of need. We are proud to have made a production of this classic play that is inclusive and accurately represents the diversity of modern society.”