Mark Ludmon reviews In My Lungs The Ocean Swells, a play by Natasha Kaeda now playing at the Vault Festival London. 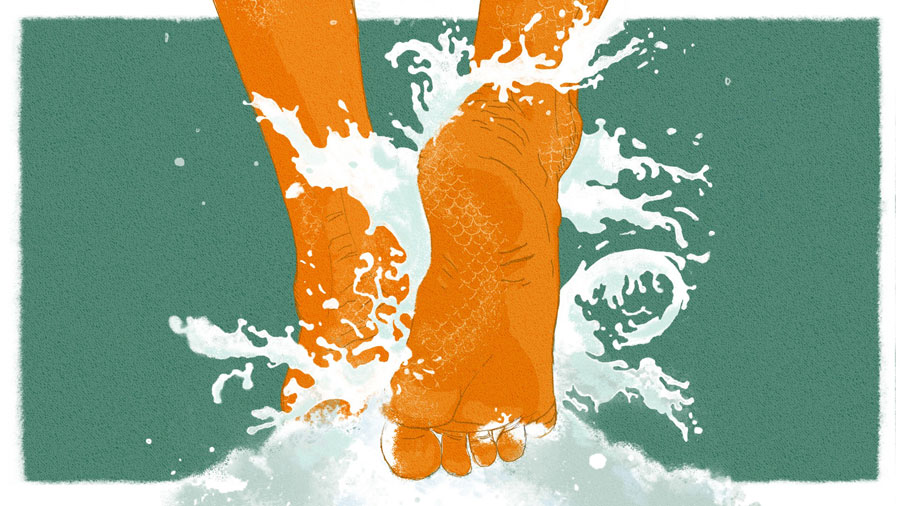 With over 30,000 kilometres of coastline, Britain has long been a seafaring nation. But, as the question of national identity sits at the top of the Brexit agenda, the country’s coastal communities have suffered decades of decline, not least because of pressures on the fishing industry. Communities and livelihoods are increasingly under threat because of falling fish stocks and the growing dominance of big corporates, and it is this landscape that provides the setting for Natasha Kaeda’s beautiful and heartbreaking new play In My Lungs the Ocean Swells.

It vividly draws a picture of a coastal town where fishing and tourism are the biggest drivers of the economy but it zooms in on how two young people, Simon and Julie, respond to change and their community’s decline. Friends from childhood and then a couple, they turn out to want different things out of life despite their shared backgrounds. Simon is continuing in the footsteps of generations before him to become a professional fisherman, no more at home than when out at sea, while Julie dreams of escape to anything apart from a life of sea and sand. As the world around them shifts, they are both forced to question their identities and where they belong.

Writing in a lucidly lyrical style, Kaeda has created a compelling story with two sharply drawn characters played by Jack Brownridge-Kelly and Jenny Walser – two strong performances enhanced by movement direction by Natasha Harrison. The impact of the drama soars further thanks to music and sound design by Annie May Fletcher, with effects transporting us to the port and the beach so you can almost feel the splash of saltwater on your face. Directed by Tash Hyman, this is not just a portrait of Britain’s struggling fishing industry but a powerful story of identity, belonging and loss.