Mark Ludmon reviews Gorgon – A Horror Story now playing as part of the Vault Festival 2020 at The Vaults, London. 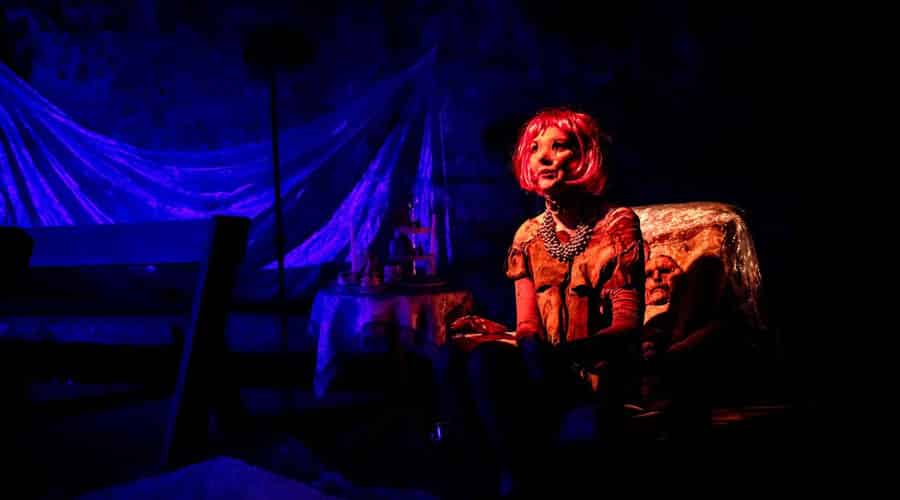 Grand-Guignol meets Hammer House of Horror via This Life in Elf Lyons’s new show, Gorgon: A Horror Story. In the perfect setting of one of the vaults of Vault Festival, she creates a genuinely horrific tale using an armoury of tools from lighting and sound effects to visceral storytelling. The result is sick, disgusting and as darkly funny as it’s possible to get, guaranteed to delight fans of classic horror.

Deftly structured, the story is told in disparate fragments which are all cleverly pulled together by the end. A police officer unburdens himself to a therapist, a podcast presenter relates her latest true-crime investigation, a forensic scientist details a bloody multiple murder. And through it all, we keep switching back to a young woman, Diana, chatting amiably about her life and her crap day that has left her feeling really angry. Despite a difficult childhood and her parents mysteriously disappearing, she puts on a jolly demeanour as she deals with a controlling boyfriend, an uptight flatmate and concern about her missing sister, Freya. Dressed in a strange garb of brown rags and mask, she is played by Lyons with a sympathetic warmth and charm that doesn’t slip even when she shares her love of taxidermy and its various techniques. An extensive cast of characters is played with impressive versatility by Natalie Williams and David Houston (including Diana’s toxic boyfriend who is alarmingly named after a critic, the Telegraph’s Tristram Saunders). 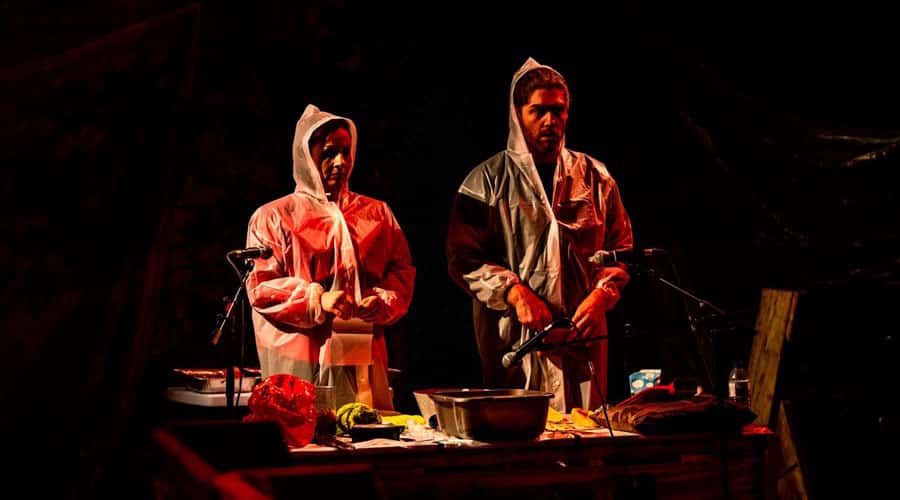 With sophisticated lighting design by Lesley Talbot and a soundscape from Molly Isaac, the unsettling atmosphere is established from the start. The audience are immersed in the nightmare vision, surrounded by detached heads and odd-looking mannequins thanks to designer Sophia Pardon. To add to the show’s dark delights, it uses live on-stage foley sound effects, with the performers re-creating everyday sounds, from evisceration to flaying.

Recalling some of the excesses of the blood-soaked melodramas of Paris’s notorious Théâtre du Grand-Guignol, this horror story is not for the squeamish, although it was unclear if this was the reason why one audience member fainted the night I saw it. There is in fact little actual blood and gore – most of the horror exists in our imaginations, conjured up by words and sound.

Running at Vault Festival to 9 February 2020.