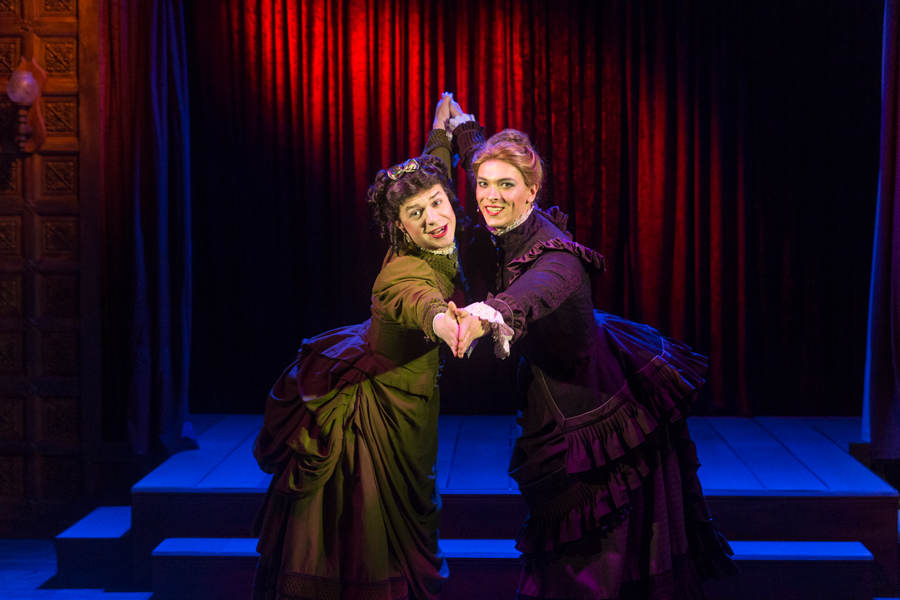 One of the most remarkable stories in Peter Ackroyd’s queer history of London, Queer City, is the notorious trial of two young men, Ernest Boulton and William Frederick Park, appearing in the dock at Bow Street magistrates court in 1870 dressed in women’s clothing. They were accused of “conspiring and inciting persons to commit an unnatural offence” after they appeared in a box at the Strand Theatre in full drag, twirling their handkerchiefs and “lasciviously” ogling the men in the stalls. It was at the end of a busy day for the pair who, as was often their habit, had been trolling the streets of London in fine women’s clothing, shopping and flirting with passersby. Only on this occasion they had been followed by police agents. Defended by their barrister as being simply “theatrical”, they captured the hearts of Londoners who saw them more as fun entertainment than a sodomitical threat, and the pair later put on shows telling their story under their other names of Fanny and Stella. 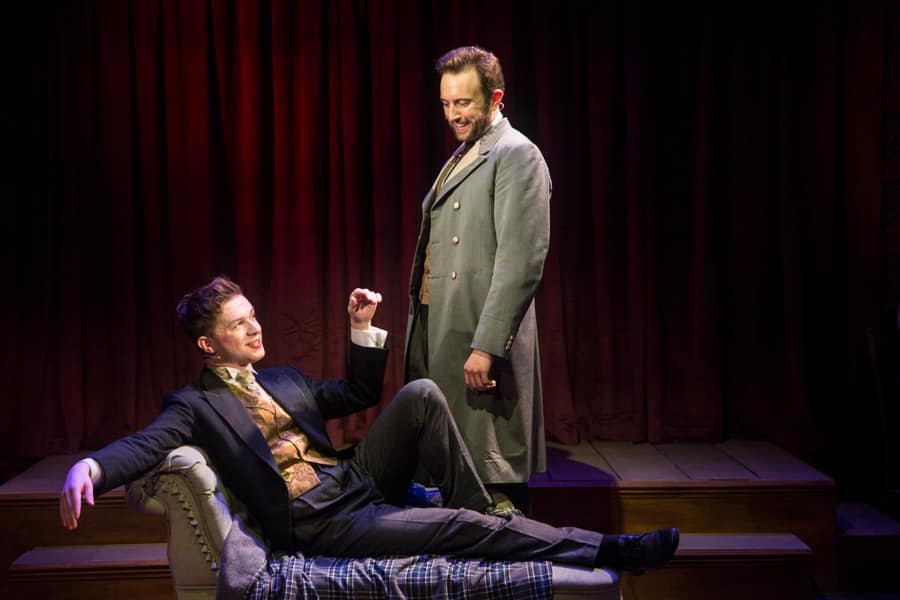 This intriguing incident in the annals of queer history – told in more detail in Neil McKenna’s 2013 biography – has inspired writer Glenn Chandler to bring the lives of these colourful characters to the stage in Fanny & Stella: The Shocking True Story. As their barrister argued, they were both highly theatrical and had appeared as “actresses” in plays performed at minor theatres and village halls and this theatricality underpins this delightful and entertaining show. Just as the real Fanny and Stella toured venues to talk about their experiences, we are transported to Bermondsey Working Men’s Institute in London where the pair are telling their shocking true story with the help of three other gentlemen and the club’s anxious manager. It takes us back to their middle-class childhoods, where Ernest’s doting mother was more than happy with her son dressing in girl’s clothes and pretending to be a parlour maid. Chandler has mined the rich material of their lives to explore their enduring love of “drag” – the word in Polari street slang that was first recorded in a court of law because of their trial. It also reveals their relationships with men, including Stella’s “marriage” to an MP, Lord Arthur Clifton (who was the godson of prime minister William Gladstone). 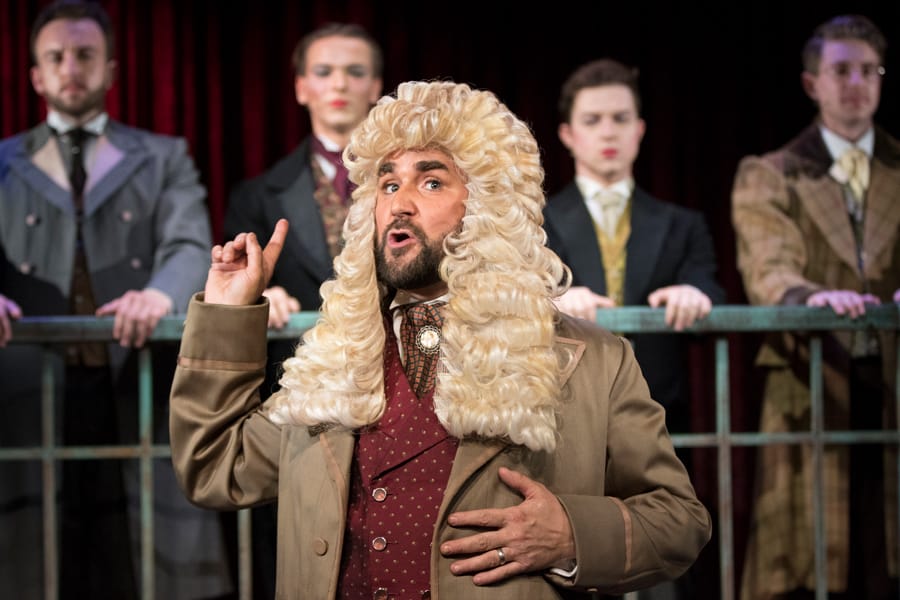 Under constant pressure to butch up and wear men’s clothing, Fanny and Stella emerge as heroes for fighting to assert their queer identity. Although Chandler has made a few changes to the show since its first outing in 2015, it avoids stepping too deep into current debates around gender. Instead, it is clear this is a story of two gay men who were happier living in women’s clothing rather than identifying as women. Set in 1871, the pair believe their survival marks the beginning of a new era that will lead to equality for gay men (although “gay” had not acquired its modern meaning and “homosexuality” had only just been coined). The reality was that the persecution continued, with gross indecency laws widened in 1885, and, 24 years after Fanny and Stella’s case, Oscar Wilde was sentenced to prison and hard labour – a shadow that briefly hangs over the story as the two men fight to avoid the prospect of the treadmill and breaking rocks. 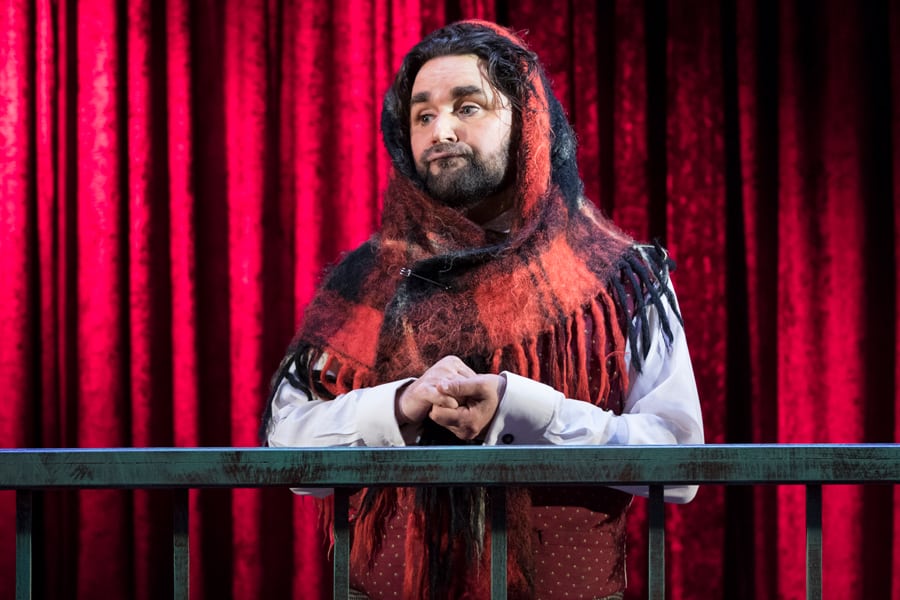 Despite the threat of tragedy, Fanny & Stella is very funny, a comedy packed with camp humour and rude jokes, directed with perfect timing by Steven Dexter. The title roles are brilliantly played with flamboyant panache by Tobias Charles and Kieran Parrott, supported by excellent comic performances from Christian Andrews in several roles including Lord Arthur and Mark Pearce as the chameleon-like multi-accented club manager, Grimes. With music by Charles Miller, Chandler’s songs have much of the saucy wit of Victorian music hall, such as “Anyone Seen My Fanny?”, but with modern arrangements under musical director Aaron Clingham on piano. They make this a joyful celebration of the “funny He-She Ladies”, as the press called them at the time, who may not have helped change the law overnight but were pioneers in shouting about queer lives nearly a century before homosexuality was partially legalised in Britain.

BOOK TICKETS TO FANNY AND STELLA