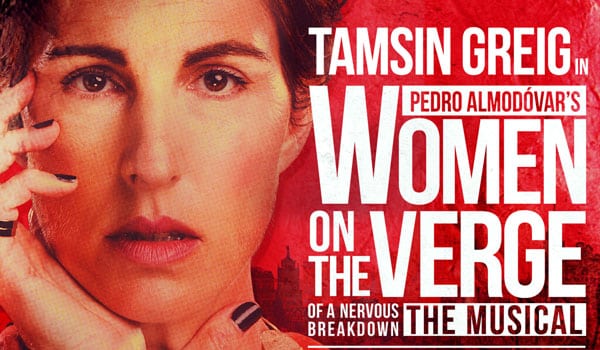 Ahead of its opening in December, the producers of the new musical Women On The Verge Of A Nervous Breakdown have released these great preview tracks.

Dirty Rotten Scoundrels), the colour and chaos of Pepa’s Madrid will light up London this winter.

On the streets of Madrid, a city pulsing with art, industry, and passion, Pepa’s world is unravelling. Her lover leaves her. And then she meets his wife. And his son. And his new girlfriend. Meanwhile, Pepa’s best friend is tangled up in her own romantic crisis with a suspected criminal, leaving Pepa with only the taxi driver to help navigate the Gran Vía ahead.

Directed by Tony Award-winner Bartlett Sher (South Pacific, The King and I), this hilarious and heartfelt musical based on Pedro Almodóvar’s award-winning trailblazing film celebrates women centre stage at the Playhouse from December.