The National Theatre will present Manor, a new play by Moira Buffini which is to play at the Lyttelton Theatre from 7 April – 15 July 2020. 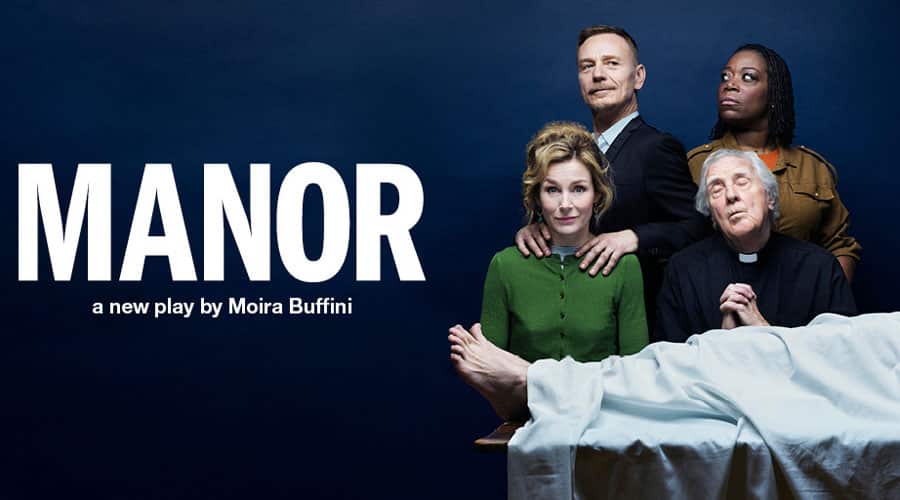 Casting has been announced for the National Theatre’s production of Manor, a new play by Moira Buffini.

A violent storm sweeps the coast. Diana Stuckley and her daughter are struggling to keep the roof on their run-down manor house, when neighbours and strangers begin to appear on their doorstep, seeking shelter from the floods.

One of these unexpected arrivals is Ted Farrier, the charismatic leader of a right-wing organisation: he could be Diana’s saviour – or pull the fragile household to pieces. Stranded together, this explosive mix of people must survive the weather and each other.

Writer Moira Buffini is reunited with director Fiona Buffini for the first time since the acclaimed Dinner.

Manor will run at The Lyttelton at the National Theatre from 7 April – 15 July 2020.