To Kill A Mockingbird, Aaron Sorkin’s new play based on Harper Lee’s Pulitzer Prize-winning novel, directed by Bartlett Sher, will open at London’s Gielgud Theatre in May 2021. 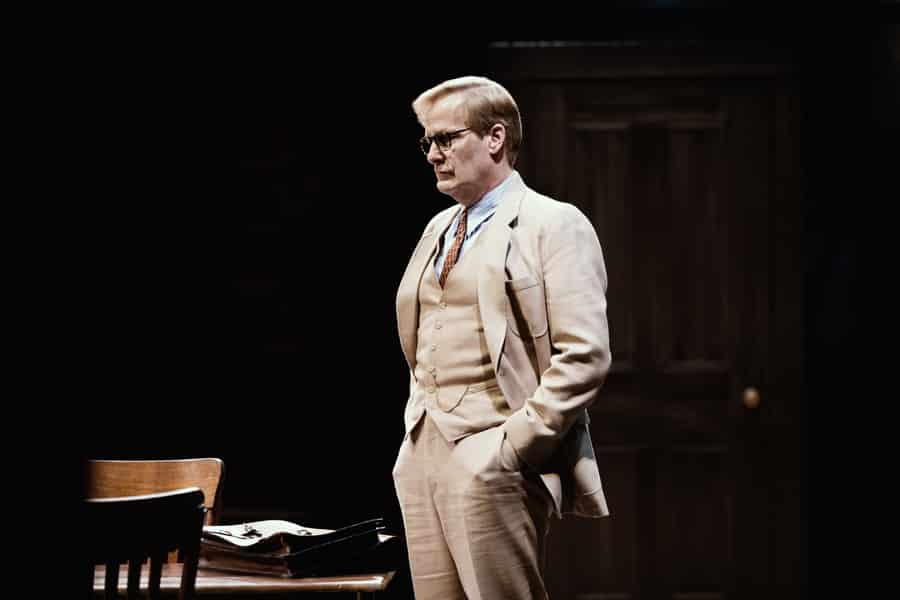 Harper Lee’s To Kill A Mockingbird, the enduring story of racial injustice and childhood innocence has sold 45 million copies worldwide. 2020 marked the 60th anniversary of its publication.

Set in Alabama in 1934, To Kill a Mockingbird centres on one of the most venerated characters in American literature, the small-town lawyer Atticus Finch. The cast of characters includes Atticus’s daughter Scout, her brother Jem, their housekeeper and caretaker Calpurnia, their visiting friend Dill, a mysterious neighbour the reclusive Arthur “Boo” Radley, and the other indelible residents of Maycomb, Alabama.

To Kill a Mockingbird, celebrating one year on Broadway today, has not played to an empty seat and holds the benchmark of having become the most successful American play in Broadway history. A national tour of the United States opens at The Kennedy Center in Washington DC in August 2020.

Book now for To Kill A Mockingbird London

To Kill a Mockingbird is designed by Miriam Buether, with costumes by Ann Roth, lighting by Jennifer Tipton, sound by Scott Lehrer and an original score by Adam Guettel.

Aaron Sorkin is a celebrated writer, producer and director known for his multi-award-winning work across stage and screen. Sorkin is probably best known as the creator and screenwriter of the Emmy Award-winning hit TV series The West Wing and films such as Steve Jobs and The Social Network for which he received an Academy Award, Golden Globe, BAFTA and Writer’s Guild Award for best screenplay. He is the writer-creator of The Newsroom and the Academy Award-winning 1992 film A Few Good Men, which he adapted from his 1989 Broadway play. His other credits as a playwright include Making Movies and The Farnsworth Invention.

Bartlett Sher is the multi-award-winning Director of the Lincoln Center Theater in New York, a post he has held for over a decade. His critically acclaimed stage productions include the Tony Award-winning South Pacific and Oslo, My Fair Lady and Women on the Verge of a Nervous Breakdown. He has also worked extensively in opera, staging productions at English National Opera, Metropolitan Opera, Seattle Opera and New York City Opera.

To Kill A Mockingbird is produced by Scott Rudin, Barry Diller and Sonia Friedman Productions.

BOOK TICKETS FOR TO KILL A MOCKINGBIRD LONDON