Hamilton London has posted the latest set of audition information relating to the show in March and April for casting changes happening later this year as Hamilton continues its sell-out London run.

The talent demands of the cultural phenomena that is Lin Manuel-Miranda’s Hamilton – An American Musical is such that like Rent before it, producers are asking for interested to make an audition submission ensuring they cast their net as wide as possible.

Auditions have been announced for London to be held across March and April 2020 at this stage with a start date of September 2020 mentioned. Producers are seeking Male and Female performers in their 20’s and 30’s of all ethnic backgrounds. The audition notice which is attached to this article has more specifics. 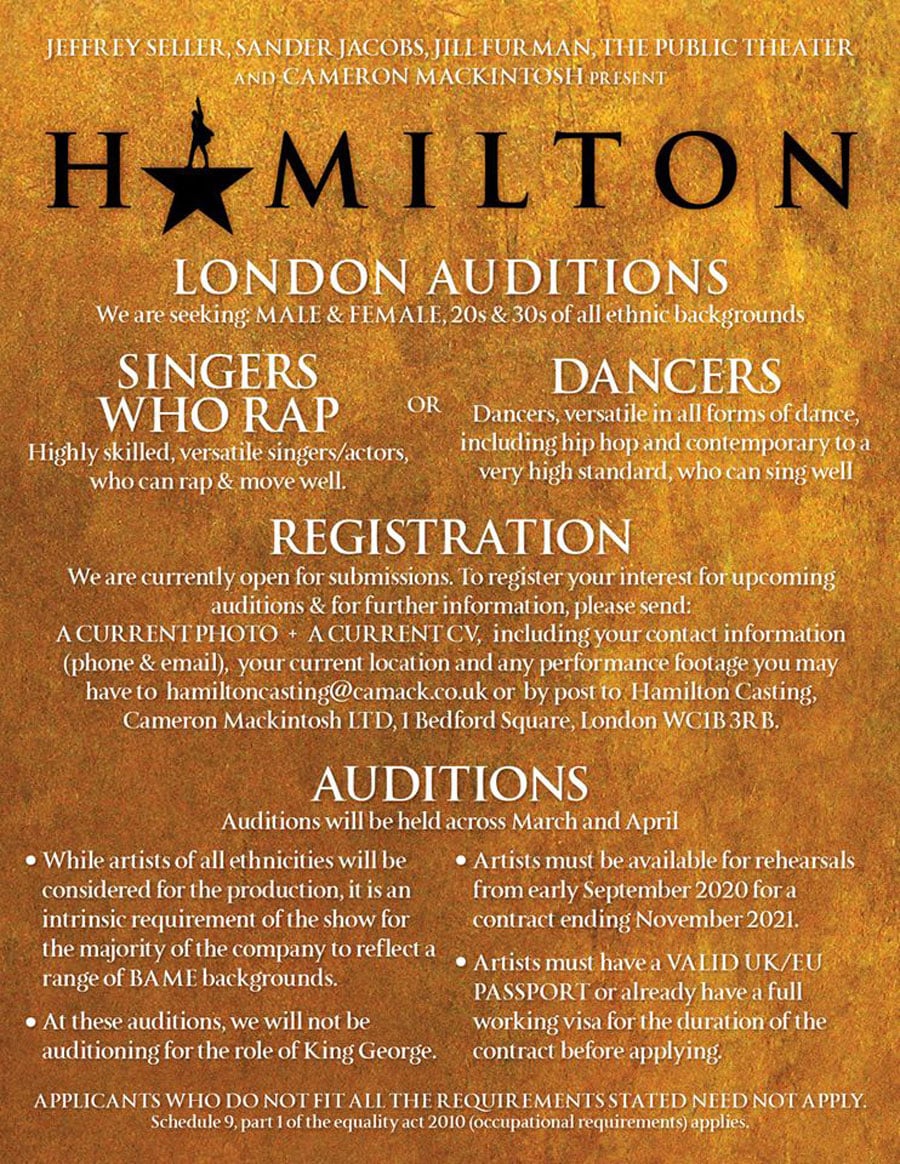 Hamilton is an award-winning West End musical production about the life of Alexander Hamilton, the American Founding Father. Taking place in London’s Victoria Palace Theatre in the West End, the must-see musical covers the lifetime of Alexander and his role in shaping America’s very foundations. Taking part in two acts, the play covers everything from his roots as an immigrant from the West Indies, to his rise to becoming the right-hand man of George Washington during the Revolutionary War.

The musical score of the play blends a mix of Broadway, rap, blues, jazz, R&B and hip hop, aptly reflecting modern America while telling the story of a pivotal point in America’s history. With stunning lyrics, book and music curated by Lin-Manuel Miranda along with choreography from Andy Blankenbuehler, the production promises to showcase an amazing line up of talent. The show is directed by Thomas Kail and based on the biography ‘Alexander Hamilton’ by Ron Chernow, with Alex Lacamoire acting as co-arranger and in charge of orchestrations.

Hamilton is now playing at London’s Victoria Palace Theatre and booking until 20 June 2020.