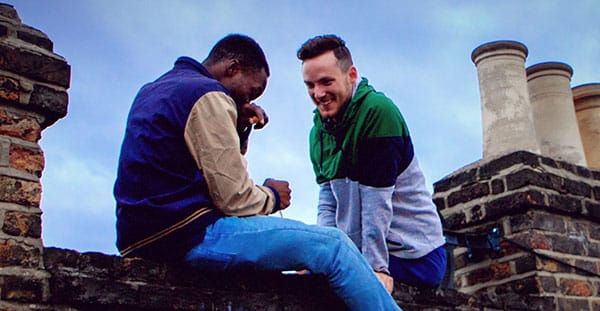 If We Got Some More Cocaine I Could Show You How I Love You, a new one-act  play developed out of The Minaturist’s 10th Birthday last November, will be presented at The Old Red Lion Theatre in September .

The debut play of John O’Donovan, If We Got Some More Cocaine looks at gay love between two young men who haven’t seen much love in their short lives. A backdrop of violence, bravado and small-minded attitudes hangs behind this desperate rooftop drama.

Ireland was the first country to legalise gay marriage by public vote last year, an exceptional turnaround considering homosexuality was only decriminalized by the government in 1993, after having their hands forced by the European court of human rights. If We Got Some More Cocaine… examines the defences and residual stigma associated with such a dramatic change in public perception in a short space of time, and the differences between big city and small town attitudes still present today.

The play will be performed by Ammar Duffus and Alan Mahon, directed by Thomas Martin, designed by Georgia de Grey, lighting design by Derek Anderson and sound design by Jon McLeod.

If We Got Some More Cocaine plays at The Old Red Lion Theatre from 30 August – 24 September 2016 and is suitable for ages 14 and up.

BOOK NOW FOR IF WE GOT SOME MORE COCAINE