The Shows Must Go On gives you a chance to watch Andrew Lloyd Webber musicals online on a new channel on YouTube for a limited time. This week CATS. 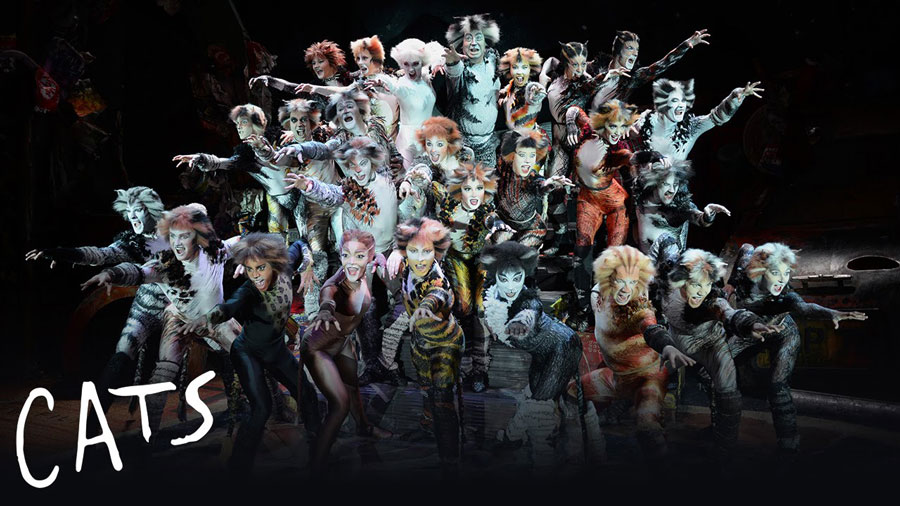 This week’s production is the musical phenomenon CATS which will go online on Friday 15 May at 7 pm BST and can be viewed in the UK for 24 hours and remain online for 48 hours elsewhere. There is no charge or sign up required – giving fans of musical theatre an opportunity to enjoy beloved shows, from their living rooms.

The Shows Must Go On, a new free channel on YouTube is taking the world by storm featuring the musicals of Andrew Lloyd Webber.

Andrew Lloyd Webber’s Cats, one of the most famous musicals of all time, first exploded onto the West End stage in 1981. ‘Memory’, one of its many classic songs, became an instant worldwide hit. Since then Cats has smashed records and conquered the world.

This filmed production of Cats the musical features the full digital sound of an eighty piece orchestra. The production was filmed at London’s Adelphi Theatre and was the proscenium production that was used in many productions worldwide where the in the semi-in-the-round production created at the New London (now the Gillian Lynne Theatre).

The Shows Must Go On features a selection of Andrew Lloyd Webber’s much-loved musicals with theatre fans able to enjoy a West End and Broadway experience in their own homes, online for free.

Alongside full-length shows, clips of famous performances and behind-the-scenes footage will be uploaded regularly to the channel, so fans can continue to get their theatre fix at home.

For fans who wish to make a charitable donation, a variety of organisations will be listed on The Shows Must Go On full-length YouTube channel videos, including Acting for Others, Broadway Cares and Actors Benevolent Fund.

Visit our Stuck at Home page for other streaming shows