On Saturday 11th January, it was not only Magic that Went Wrong in London, as Joe’s Diner was closed too, as Waitress cancelled performances due to cast illness. 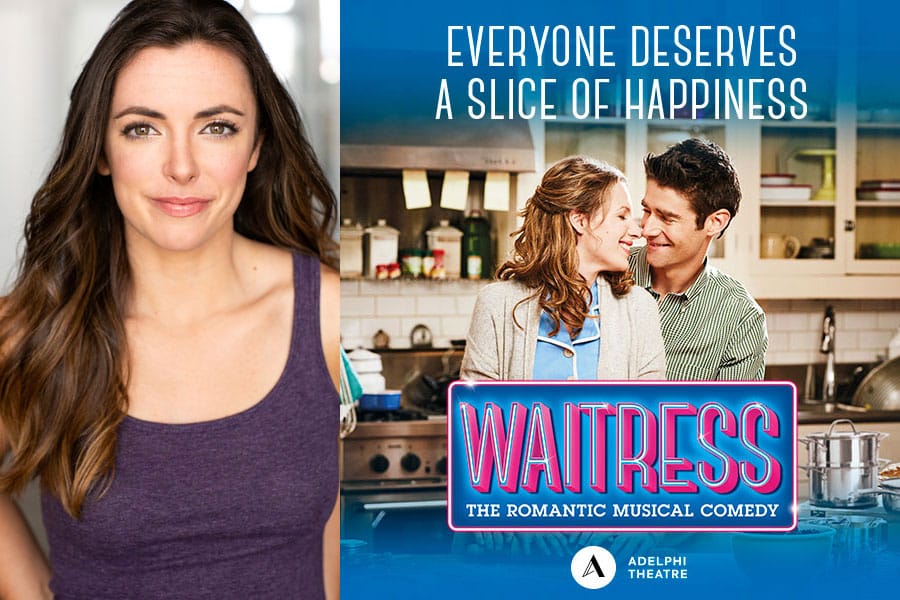 On Saturday 11th January, Waitress cancelled performances as all 3 of the Waitress company who play the role of Jenna (Lucie Jones and understudies Olivia Moore and Sarah O’Connor) were struck down ill. Don’t worry folks we are assured it wasn’t anything these folks ate at Joe’s Diner.

It was too late to do anything about the matinee and sadly the producers had to take the difficult decision to cancel the show altogether and close Joe’s Diner due to illness. It was decided that the evening show would not be possible either. However, it was likely that the box office would not be able to get hold of all of the patrons to warn them. The company worked hard in the afternoon to put together a presentation of songs from the show that the remaining company members could perform to audiences members who turned up. A lot of people stayed, the stalls was about ¾ full, and there were people in the dress also.  The company performed, I Didn’t Plan It, When He Sees Me, Never Getting Rid and the finale version of Opening Up.  It was an incredibly warm reaction from those people who stayed, and David Hunter introduced it all very humorously and warmly.

All audience members for both performances were given letters explaining how they could claim a refund. All this happened at the same time, the reporting of a suspicious package in a restaurant near the Vaudeville Theatre meant that Mischief Theatre’s new production Magic Goes Wrong really did go wrong as audiences were evacuated and the evening show cancelled.

Waitress managed to continue our presentation, and get the patrons out before we were then put on lockdown at the Adelphi Theatre as they had widened the cordon around the area. Fortunately, we were allowed out after about 20 minutes.

As Lucie and her colleagues Olivia and Sarah recover, the producers of Waitress have taken the decision on Saturday night to fly over US performer Desi Oakley from New York to London to ensure that come what may the show will go ahead on Monday and through this coming week. Desi played the role of Jenna in the US tour of Waitress. She will be making her West End debut.

Break a leg from everyone here at BritishTheatre.com, we hope you enjoy your time in the West End as much as Marisha did/does!

We wanted to alert you to great deals being offered by Waitress the musical, London at the moment which are as follows:-

Waitress Ticket and a Free Meal – Enjoy a free meal at one of a choice of restaurants with your Waitress show ticket. You will be able to choose a restaurant after selecting your tickets*

Waitress Ticket – Afternoon Tea and Glass Of Prosecco – Enjoy a luxurious afternoon tea with Prosecco and tickets to the smash-hit Broadway musical Waitress now playing at the Adelphi Theatre. In conjunction with Cafe Rouge and the Adelphi Theatre this exclusive offer makes the perfect gift for a loved one, or even for yourself*

* Please note all offers are subject to availability and can be withdrawn at the Producers discretion at any time.