Julian Eaves looks at Fight Like A Girl a new musical by Nick Stimson and James Atherton presented by British Youth Music Theatre at Mountview Academy Of Theatre Arts. 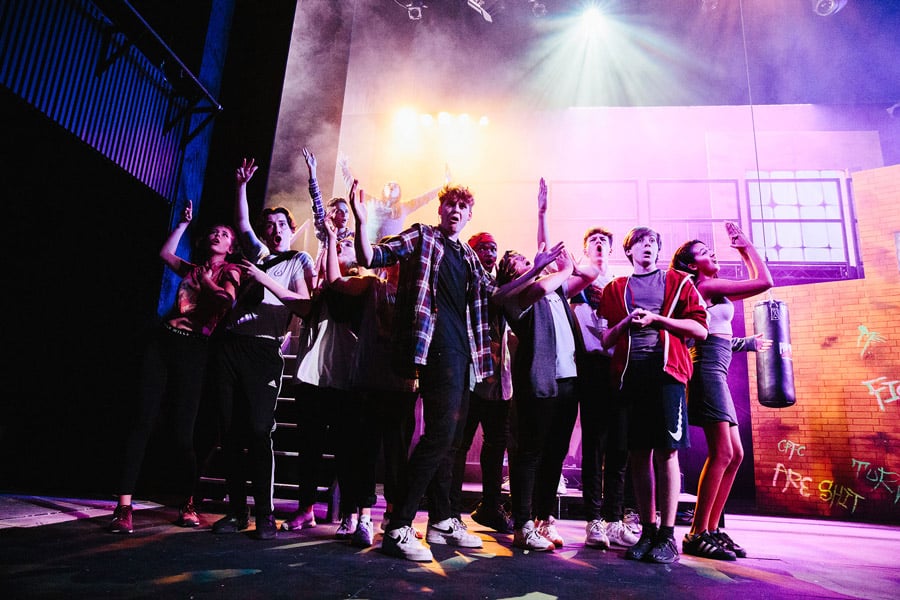 As part of this year’s programme from British Youth Music Theatre (formerly YMT), a new work was presented as the very first production in the brand new auditorium at the brand new campus of this long-established dramatic and theatre arts and sciences school.  It was a good choice.  The work launched three years ago, and its theme, the trials and tribulations of teenage life placed in the context of tough, inner-city life and with a focus on boxing, fitted well into the surrounding milieu of Peckham, an area a few years behind Brixton in terms of renewal and gentrification, but one apparently headed the same way.

BMYT has a very long track record of encouraging new writing for the musical theatre stage.  In fact, along with its friends at the National Youth Music Theatre, nobody can really claim to have a better.  For this premiere, executive producer Jon Bromwich turned to tried and trusted collaborators Nick Stimson (book and lyrics and director) and James Atherton (composer and musical direction) to revive and essentially completely re-write this story of young people with (as former German Chancellor once described the Baader-Meinhoff gang), ‘too much hyper-activity and too little understanding’.  They now have a tale of twins separated at birth, both outsiders in conflict with their peers and at odds with the society around them, uncomprehending adults, and a world dominated by relentless peer-pressure, bullying and violence.  It is a grim tale indeed.  Light relief is in short supply. 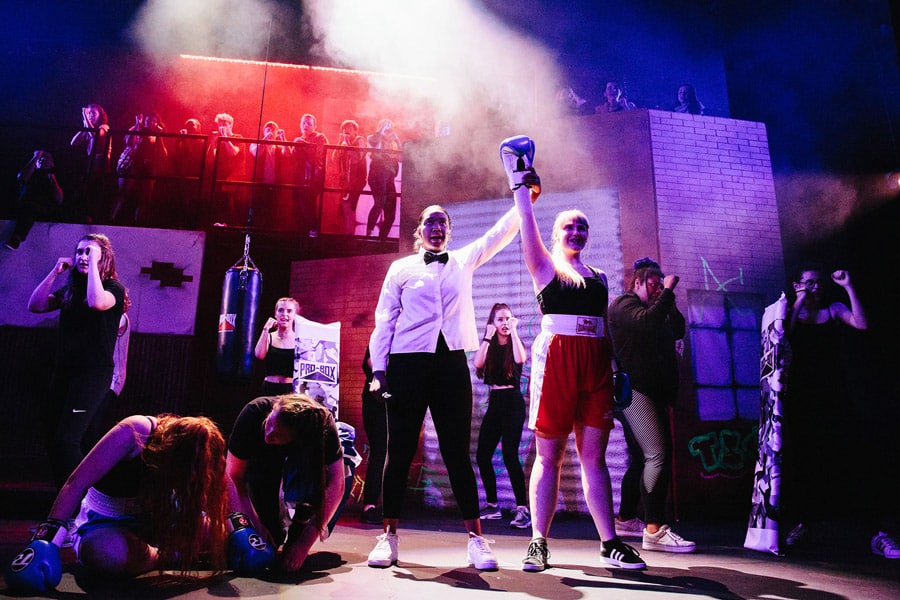 The sombre note dominated here also in Talia Sanz’s simple, spare and deeply gloomy design (curiously apt in this new building, the entrance atrium of which really does resemble the interior of a prison cell block – designed by Carl Turner Architects; the flexible auditorium of the theatre itself was configured in a much more humane proscenium configuration, with two tiers of elevated seating on three sides of the raked stalls).  Joe Thomas managed the lighting well, creating some memorable and appropriately epic effects, as well as highlighting the small-scale, intimate story at the heart of the piece.  Aiden Connor’s sound design was extremely good, getting very high-quality amplification of what seemed to be a recorded electronic score, balancing it well with the young voices of the cast.

And the score, it must be said, is delightful.  Full of interesting themes, it builds up in great, often repeated slabs of sound, to create a monumental landscape of energetic ensembles and – Atherton’s forte – soaring melodic yearning and moments of heart-breakingly fragile tenderness.  It must be a joy for the three dozen young people in the cast to perform.  The lyrics for the ballads are very well written, but the narrations and ensembles tended to over-use plain repetition far beyond the audience’s need to have things said more than once.  The production was very direct and clear and we were never in any doubt about what they were up to.  Also, teenagers do generally possess a considerable gift for taking themselves very seriously, and this work plays up to that aspect of their character.  Furthermore, the work is only intended for a very, very short run, and there is little time in the two weeks of preparation for the exploration of fine detail and nuance. 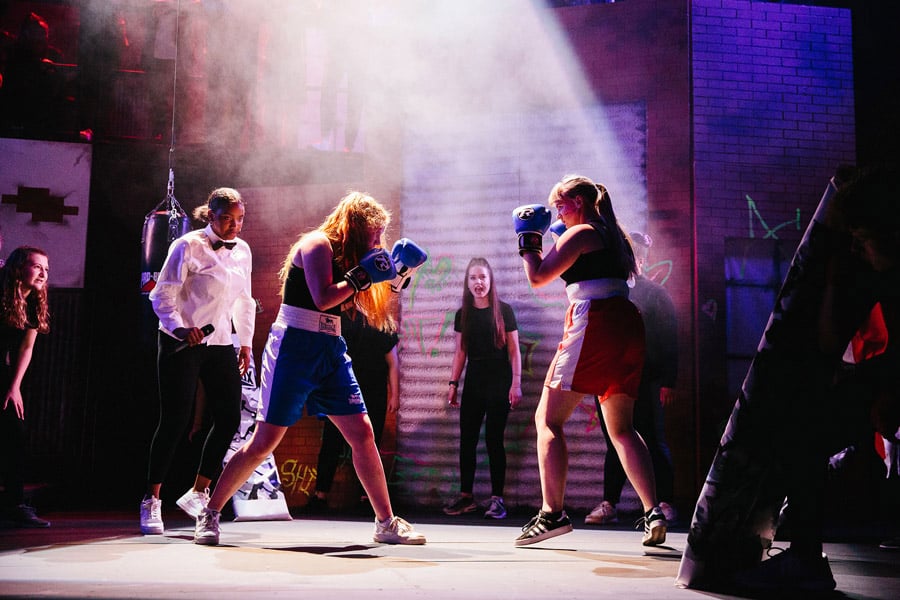 More difficult, however, are the transitions between the many little story-lines that thread their way in and out of Atherton’s sound world.  Hal Prince said musical theatre is all about such passages, where we move from here to there, from speech to song, from movement to dance, and back again, and so on.  These are always very difficult to get right, and when there are a great many of them it is particularly tricky to keep a firm hold of all the strings.  This is perhaps especially true when the dramatist is also the director: possibly a fresh pair of eyes cast over this facet of the work might bring it into a more coherent, logical shape.

Be that as it may, it is a worthwhile and ultimately emotionally satisfying piece of theatre, clearly relished by cast and audience alike.  So, a job well done.

In accordance with works in development and non-professional productions, no stars are awarded for such presentations.