Against all the odds, The Play That Goes Wrong celebrated its 1999th performance in the Duchess Theatre, London on 23 May 2019. 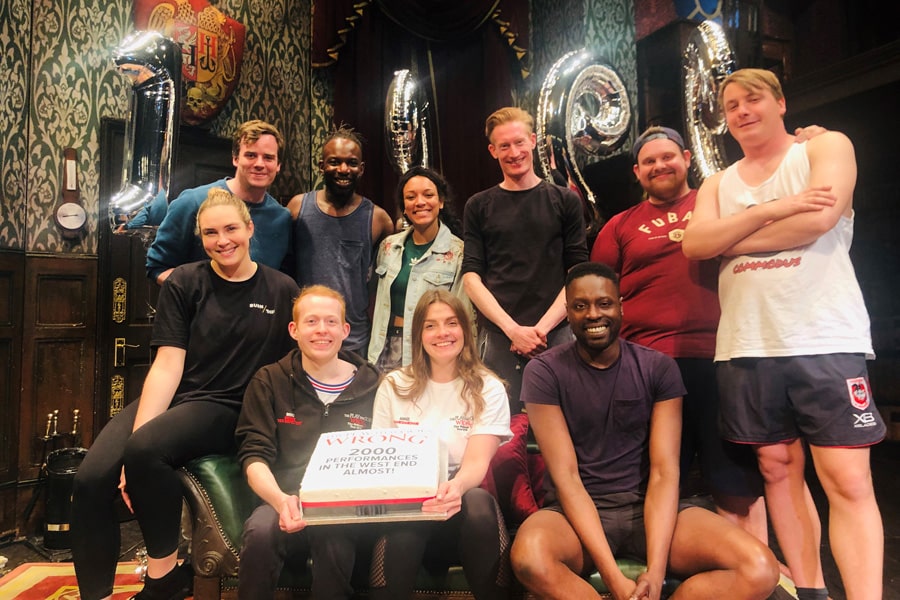 Awarded the 2015 Olivier Award for Best New Comedy and a Tony award for the Broadway transfer, The Play That Goes Wrong continues to delight audiences in the West End at the Duchess Theatre. The remarkable rags-to-riches story shows no signs of slowing down for a play which started its life at a London fringe venue with only four paying customers at the first performance. Since then, it has had over 1 million audience members.

Mischief Theatre was founded in 2008 by a group of graduates of The London Academy of Music and Dramatic Art (LAMDA) and began as an improvised comedy group. Mischief Theatre performs across the UK and internationally with improvised and original scripted work. Their other production The Comedy About A Bank Robbery is currently at the Criterion Theatre and on a national UK tour whilst The Play That Goes Wrong has been on a national UK tour and has recently completed a two year run on Broadway. In September Mischief Theatre will take over the Vaudeville theatre with a season of new work opening with new comedy Groan Ups. The company is led by Artistic Director Henry Lewis and Company Director Jonathan Sayer.

The production is currently booking until 3rd May 2020.

BOOK TICKETS FOR THE PLAY THAT GOES WRONG