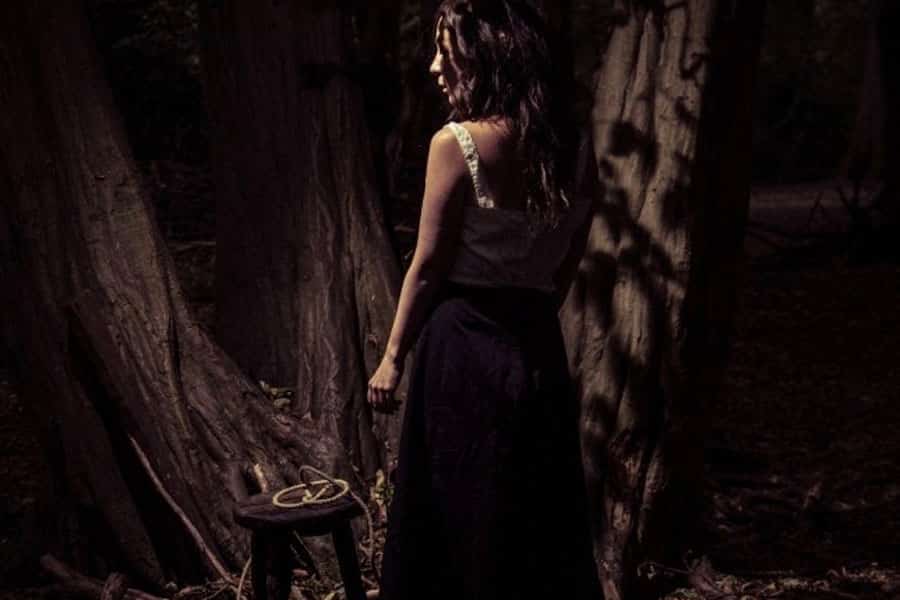 In the 1640s, a new wave of witch hysteria broke out in England, led by the self-styled witchfinder general, Matthew Hopkins. He is estimated to have been involved in the deaths of around 300 women between 1644 and 1646, making him and his associates responsible for more people being hanged for witchcraft in England than in the previous 100 years. His reign of terror was the basis of classic 1968 horror Witchfinder General starring Vincent Price and this violent period of history has now inspired new play The Watching by Nicholas Limm.

The witch-hunter is William Taverton who, after the mysterious death of his wife, has returned from London to the family home in Glynwood in the Fens (in East Anglia where the real-life Hopkins waged his battle against Satan). With him are his two children, Grace and James, both approaching adulthood but still in awe of their bullying, charismatic father. Tensions rise after Taverton brings Grace’s former childhood friend, Beth, into the house as a suspected witch. Bound to a chair and deprived of food, she is to be constantly watched by each one of the family on a rota so they can witness when her true witch identity is revealed through a visitation by the devil or one of his minions.

Whether she is a witch or not, Beth’s presence weaves a strange magic on the family that brings out secrets about themselves and their past, revealing that nobody is as innocent as they appear. While she undergoes the ordeal of “the watching”, Beth challenges and “tortures” Grace and James with her questions and words, turning the watchers into the watched.

Cocky and intelligent, Beth’s only “sin” appears to be her “free-willed and sharp-tongued” nature that marks her out as a woman at odds with mainstream society. Taverton’s persecution of her becomes increasingly misogynistic for reasons that later become clear, emphasising the play’s concern with the place for convention-defying women in a patriarchal society.

The writing has moments of lyrical beauty but otherwise has a modern vernacular feel, touched with humour despite the darker themes. The three younger characters conjure up a world of childhood rivalries and village gossip that has matured into malicious, thoughtless accusations. Without giving too much away, the story unexpectedly erupts in an action-packed finale that comes as a shock at the end of what has otherwise been more of a thoughtful family drama.

There are some good performances including Kerry Gooderson as Beth, Jeannie Dickinson as Grace and Ryan Whittle as James. Alexander Nash is suitably fearsome as the obsessed witchfinder who injects a brutal, masculine menace whenever he is on stage. Directed by the writer, the play features an intriguing, strange interlude of movement soundtracked to Emmylou Harris that amplifies the underlying tensions although this feels out of kilter with the naturalism of the rest of the production. This is the debut for new theatre company Ragged Crow so it would be good to see more of this inventiveness running through their future work.

BOOK NOW FOR THE WATCHING