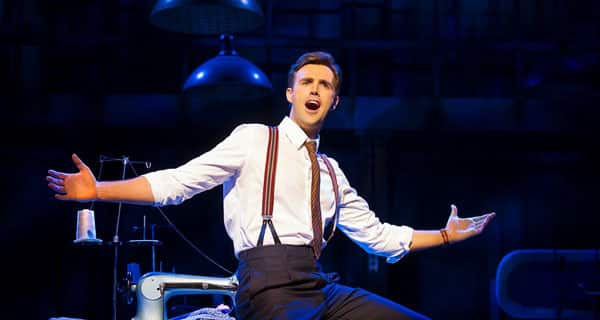 An indispensable, but often unsung, component of any good professional theatre company is the Understudy/Cover or Alternate. Without them, shows cannot go on as the Donmar, the Bush and the Hampstead have all recently confirmed. But often the announcement of a replacement performer is met with sighs or boos, the audience annoyed, presumably, because they are not seeing “the best”. No doubt this is why the current trend is not to announce replacement performers, but to slip notes into the programmes.

It’s a pity that announcements are so rare. Because there can be nothing more galling for the performer than to have their work attributed to another or to have another’s work thought to be theirs. Also, because not everyone in the audience might know that a replacement performer is on, the audience is unable to properly appreciate what they are seeing.

Many star careers are launched by an occasion the performer went on for someone else. Being cast in the original line-up for a show does not mean, necessarily, that there is no one else who could play the role as well as you or that you are the only person worth seeing in the role: Elaine Page, famously, was not the original choice for Grizabella in the premiere of Cats; Catherine Zeta-Jones and Bette Midler started in the ensemble and stepped up.

The Pajama Game, the Chichester Festival Production of which, directed by Sir Richard Eyre, now playing at the Shaftesbury Theatre, has its own history of stellar understudies. Shirley MacLaine, who was Carol Haney’s cover originally as Gladys, famously went on in the role with no rehearsal, got booed when announced but earnt a standing ovation for her star turn – and never looked back.

Although in a different role, the female lead last evening, Lauren Varnham (as Babe) may follow a similar path to MacLaine for she was, in every way, perfect for the part and delivered an almost faultless turn full of energy and spirit. Having seen her in action with Michael Xavier’s handsome, slightly insufferable (the part, not Xavier) but nevertheless suave Sid, it is difficult to imagine that another could fit the role better. But there it is; Varnham is the Cover. And a truly excellent one.

Written by George Abbott and Richard Bissell with music and lyrics by Richard Adler and Jerry Ross (and an uncredited Frank Loesser), The Pajama Game is a musical that survives because of the quality of the score and not the originality or genius of the book. It’s a solid enough story, but it is steeped in the Fifties and endures only as a curious period piece. Eyre’s decision to leave it firmly in period but to emphasise the humanity, the underlying sexual tensions of workplaces, was wise.

The result is a delightful romp propelled by the rocky romance between Babe and Sid. Xavier is completely at home as the masculine, cock-sure ladder-climber that is Sid; his performance is funny and sincere, swaggering and smooth. The way he looks at Babe at the picnic, unswerving and full of desire, betrays his Sid’s romantic leanings. It’s a clever, thoroughly enjoyable performance and his singing voice soars as he easily, and beautifully, delivers the musical numbers. Hey There is a particular triumph. Xavier is no slouch in the dance department either and he shows this in exemplary fashion in the There Once Was A Man duet which is as cheeky and stylistically amusing as it comes.

Varnham’s Babe matches Xavier in every way. Gorgeous, sexy, pert, vivacious, sweet and loving, this Babe is, well, a babe! Varnham handles the clunky dialogue well, infuses everything with heart and sense, sings gloriously and with luscious tone, plays the comedy well and is a terrific dancer. Her delivery of I’m Not At All In Love was sensational. Her scenes with her father are particularly touching, and often those scenes can be duller than glasses smeared in goose fat. Her timing, her sense of space, her judgement of pace, pitch and pause – in every way, she gave a triumphant turn. And she wore her sexy pajamas well to boot. Definitely a talent to look out for in the future.

Claire Machin is in fine form as Sid’s secretary, Mabel, and her delicious work with Gary Wilmot’s hapless, frantically jealous Hinsey is especially enjoyable – a real highlight in both acts. Their first act duet, I’ll Never Be Jealous Again, stops the show and the routine they do when Wilmot’s Hinesy has trouser issues in Act Two is the hilarity high point of the evening. Machin’s comic skill is peerless and she milks every ounce of cream from Mabel’s opportunities.

Wilmot is in fine form as Hinesy, relaxed and zany. His natural ease takes the edge off the more alarming aspects of the character (throwing knives at people he thinks might be copping off with Gladys behind his back) and the lighter touch he brings to the work is immeasurably for the better.

Helen Ternent, another cover, was excellent as Gladys, all wide-eyed, trusting beauty laced with a penchant for pleasure which made for excellent work in both Steam Heat and Hernando’s Hideaway. She danced with considerable skill and fantastic energy and sang truly, full of character.

The ensemble, small but terrific, play a number of smaller roles and handle the set pieces with dexterity. There was a surprising lack of diction in the opening number, Hurry Up, but elsewhere and especially in Once A Year Day and 7 and a 1/2 Cents they excelled in all departments.

Gareth Valentine handled the gifted orchestra with his usual masterful style, and there was great playing in the pit (and a masterful solo onstage at one point). The quality of the music was all you could want in a West End show.

Pajama Game is never going to set the world on fire, but Eyre’s production is solid and joyously full of heart. It’s a great night out; pure entertainment. And with this cast, works far better than the same production did in Chichester last season.

Leaving the theatre, and at interval, it was, though, hard to conceal amusement at the patrons who were extolling the skills of Joanna Riding as Babe and wondering why she was not “wearing her blonde wig like in the photos”. And sorrow for both Varnham and Riding. Credit should go where credit is due.

Book tickets for The Pajama Game