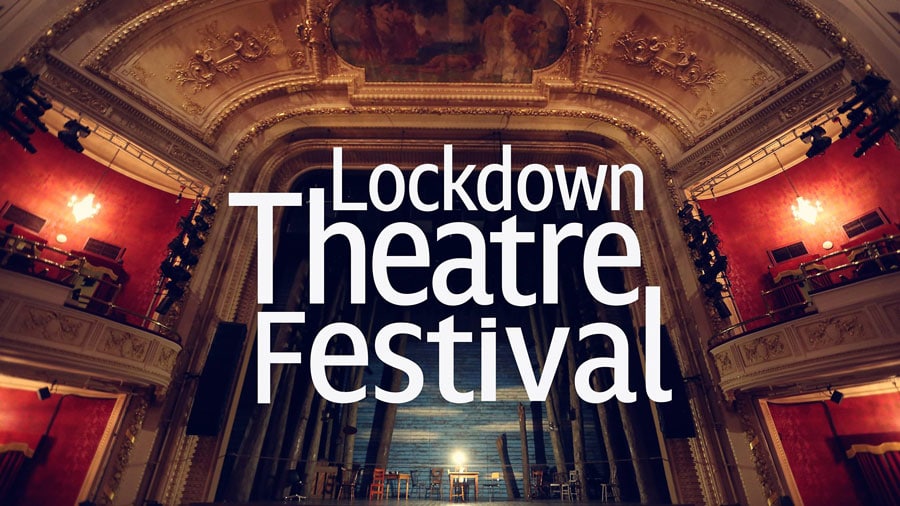 The Orange Tree Theatre’s production of The Mikvah Project was halfway through its run when theatres were forced to close in March. This festival, albeit short, gives us a chance to catch four productions that may have been totally lost due to the crisis. Eitan is 17 and at college, Avi is 35 and married. Every Friday they meet at the Mikvah to share in the Jewish ritual of immersion, to be soaked in spring water, to be cleansed. They speak to us directly as they introduce the play, and the atmosphere and environment is perfectly captured in the soundscape, and the third person narrative works well on radio.

Josh Azouz’s play is about ritual, male spaces and faith, and reminded me a little of Nick Cassenbaum’s Bubble Schmeisis. It’s a ritual where male nakedness is allowed, perhaps expected, and Josh Zaire captures teenage false bravado perfectly as Eitan, forcing himself to talk about heteronormative structures such as the girls he fancies, cars and machoism whilst trying to hide the erections he gets when with Avi. As the older man, Alex Waldmann steers Eitan towards the safety and reliability of a good marriage, even though his tensions and stress arises from the fact he hasn’t fathered a child yet. Their friendship is more father and son until Eitan kisses Avi. The older man’s response is to suggest seeing a therapist, or that he used to play computer games in his youth but doesn’t now. It all sounds and feels particularly old fashioned in light of recent LGBTQ work, even Eitan says it sounds lame.

As Avi talks about his marriage to Layla, and Eitan’s needs grow, Avi arranges to go to another Mikvah, so it seems incongruous that he would agree to go away to Alicante with Eitan. But this event emphasises Avi’s denial and Eitan’s love, and there is a moving sequence when the Mikvah still doesn’t cleanse them of these feelings. However, the play never breaks through the restrictions it sets itself, Layla forgives Avi for his week away, the stakes are never raised high. The point seems to be that, for many men in this situation, the stalemate, the contact in approved, spiritual places, is more important that being ostracized from family. It’s a tender piece, very well acted, that offers more than it ultimately delivers.

LISTEN TO THE MIKVAH PROJECT NOW