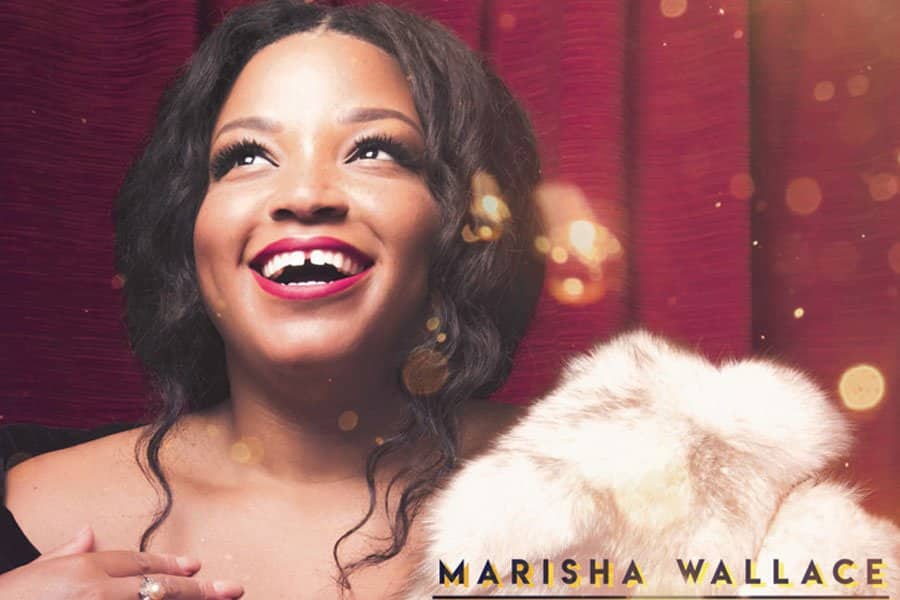 After a crazy week where she not only took over the role of Effie White in Dreamgirls (Officially!) and appeared on Strictly Come Dancing, Marisha Wallace became my first official Christmas event with the launch of her Soul Holiday album by way of two very special, very intimate concerts at London’s Charing Cross Theatre.

A North Carolina import by way of Broadway, over the past year Marisha has very much become a member of the London theatre family through her appearances at events like West End Live and her extraordinary portrayal of Celie in the Cadogan Hall concert version of A Colour Purple. It’s a long way from Eggie White and London is all the richer for having this diva, no strike that, this dame in the West End. Marisha Wallace is a class act!

She bought her effervescent personality and inimitable style to this wondeful concert on Sunday bringing a new tke to some established Christmas favourites including The Little Drummer Boy, Do You Hear What I Hear? I’ll Be Home For Christmas a personal favourite of mine Blue Christmas.

There were also additional Christmas baubles from her special duet guests the West End’s very own Rachel Tucker with a stunning version of TakeMe Or Leave Me From Rent and Marvin Gaye’s What’s Going On with Tyrone Huntley.

The highlight of the evening was Marisha’s knockout version of the Henry Van Dyke hymn Joyful, Joyful that bought the house down. Her rendition of this classic certainly set me up for a wonderful Christmas period.

I hope you have a wonderful festive period Marisha!

FIND OUT MORE ABOUT MARISHA WALLACE