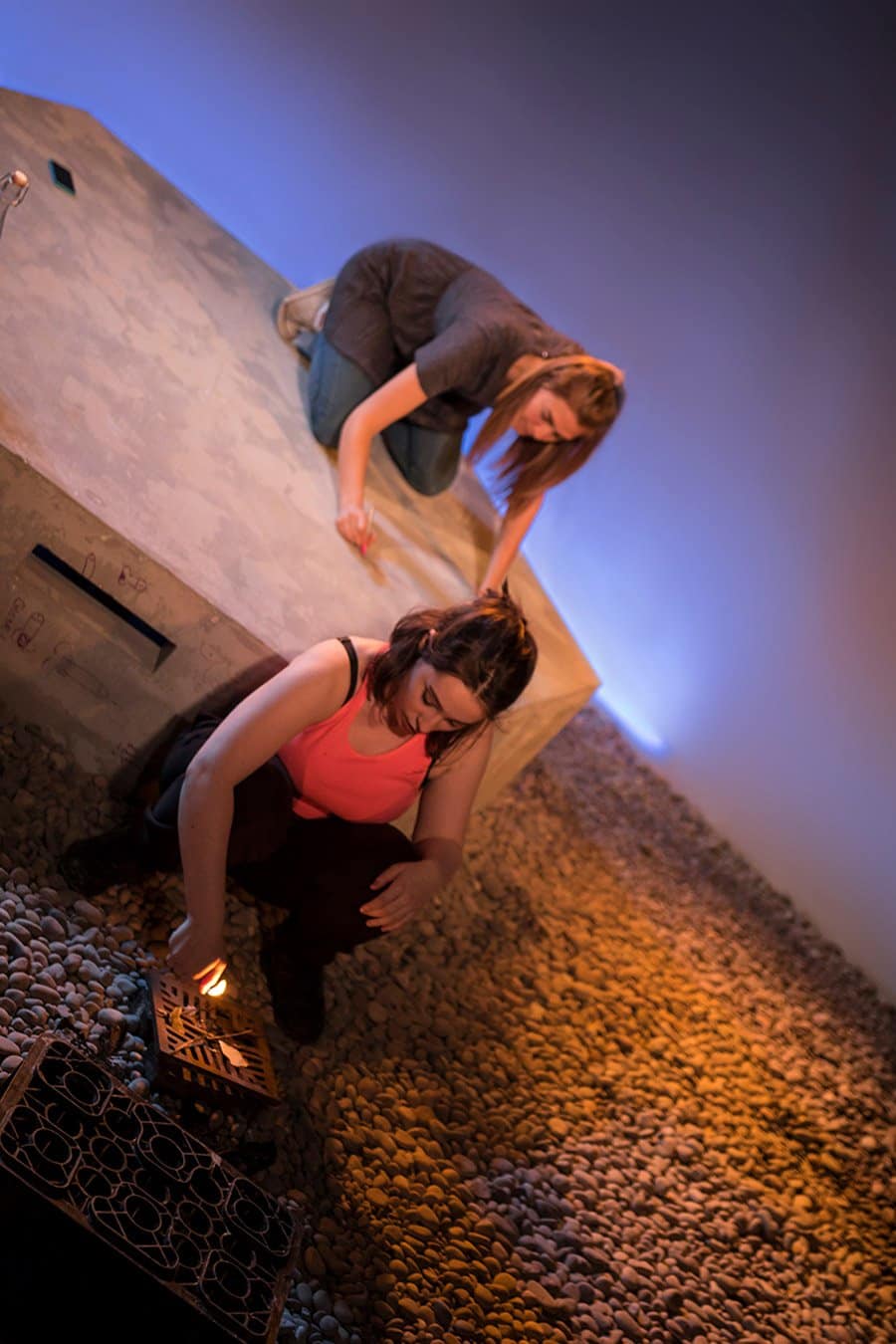 A sense of loss runs throughout Tallulah Brown’s new play, Sea Fret. At 18, wild child Ruby has already had to deal with the disappearance of her mother but now faces the loss of her childhood friend, Lucy, to university and the end of their carefree days together. Hanging over her – quite literally – is the loss of the family home, perched on a slowly collapsing cliff, where you can see into the kitchen from the exposed floorboards below. Instead, she now lives on the beach itself in a World War Two concrete pillbox which is half-buried in shingle due to rising sea levels.

Brown has drawn on her own life growing up on the Suffolk coast where many homes are under threat of falling into the sea. She explores what is being lost, not just in terms of the natural heritage but the myths and traditions, most notably felt in the inclusion of haunting sea shanties sung by Ruby’s father, beach-bum and former fisherman Jim. There are also the personal histories, from family stories to the memories made by Ruby and Lucy growing up, often evoking older myths of sea monsters and pagan offerings.

The play also follows Ruby’s “coming of age”, learning responsibility and facing up to the changes in her way of life, her home and her friendships. In this demanding role, Lucy Carless makes an impressive stage debut, shifting from a good-time party girl to a young woman with formidable force of will prepared to take on the uncontrollable forces of passing time and nature. Philippe Spall is excellent as her father, powerfully portraying a man who has been beaten down by life but retains a passion for protecting his seaside home and his daughter. Under director Carla Kingham, the play comes together best in scenes featuring father and daughter, both in their humour and in the often moving way the two quietly convey the deep bond between them. 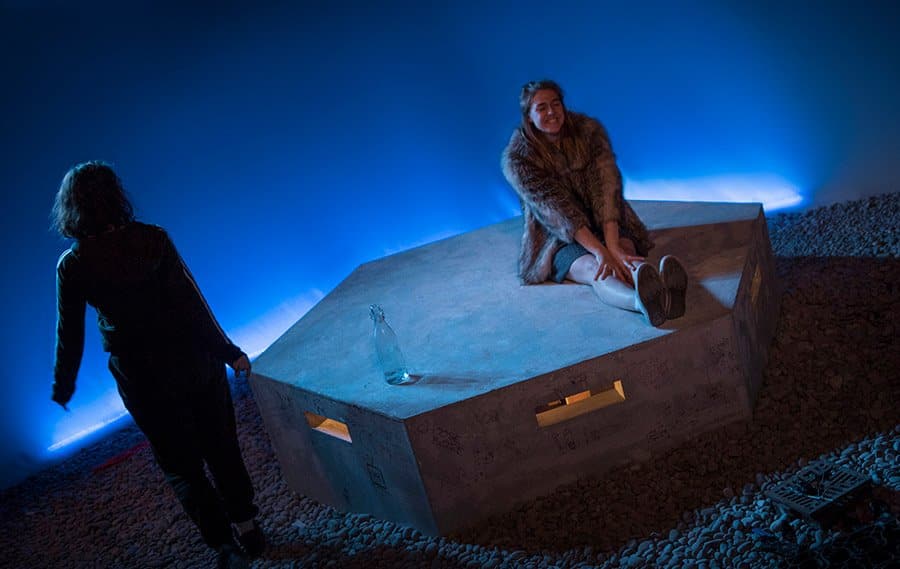 The set, designed by Rūta Irbīte, transforms the upstairs of a London pub into a Suffolk beach, covered in crunching shingle with the graffiti-daubed pillbox at its centre – just like the handful of small fortified defence outposts remaining along the East Anglian coast. As the fight goes on to protect Britain’s coastlines, Sea Fret captures the human story behind this disintegration of homes and ways of life. While the narrative lacks clarity and drive at some points, the play confirms Brown as a writer to watch.