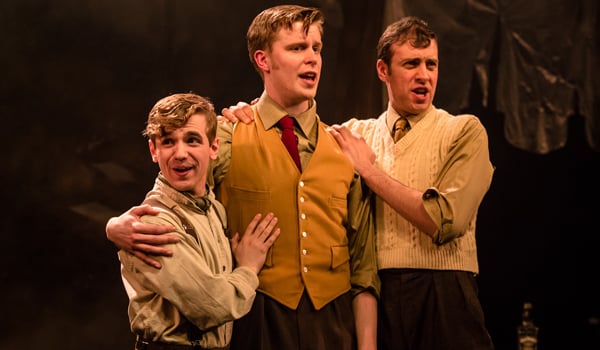 Stephen Sondheim is, without question, one of the greatest living lyricists, and his contributions to musical theatre will be revered for decades to come. Sadly, Road Show is not one of his finer efforts, although The Union Theatre’s inventive and solidly performed production makes for an enjoyable night at the theatre, if you leave your disbelief at the door.

Road Show tells the story of the Meisner brothers, Addison (Howard Jenkins) and Wilson (Andre Refig) making their way in turn of the century USA. After their father (Steve Watts) dies, imploring them to follow “the road” to fortune, they leave California to prospect for Alaskan gold. Addy’s hard work on their land “claim” leads him to discover a small fortune, but his relationship with Willie quickly sours after the latter promptly bets the claim on a game of five card stud. He subsequently trades it for a saloon, and an incensed Addy leaves with his half of the winnings. A series of unlucky investments leads Addy to seek success as an architect in Palm Beach, where he falls in love with Hollis (Joshua LeClair), who has dreams of establishing an artists’ colony nearby. Soon Addy is happier and more successful than he could have dreamed. Yet when Willie comes back into his life, with a scheme to fill a city with Addy’s buildings, he is powerless to resist his brother’s charms. 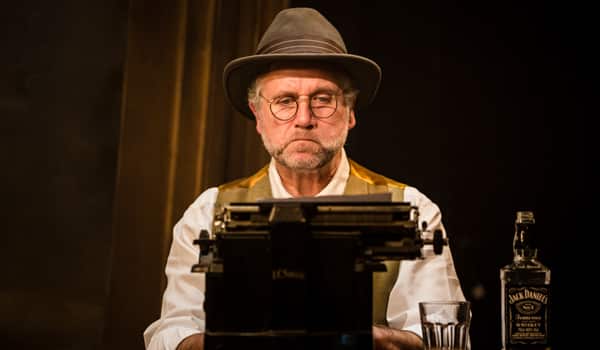 Road Show is, in narrative terms, an opulent mansion built on shaky foundations. There are some strong motifs, many of which are backed by soul-rousing musical numbers. Willie’s addictive and self-destructive personality is beautifully outlined in ‘The Game’, whilst Addy’s can-do attitude and honest entrepreneurship are hilariously and cleverly crafted in the rousing montage ‘Addison’s Trip’. We see flashes of Sondheim’s genius in such moments, when his characters’ natures are revealed in thought-provoking, plot-advancing style.

Yet when you step inside this mansion, the floorboards begin to creak. The speedy pace of the musical – running at just 100 minutes – requires Addy’s buildings to shoot up overnight, and it is difficult to become invested in a character who goes from nothing to everything with a click of a writer’s fingers. Addy and Hollis’s relationship is similarly problematised by a lack of narrative devotion. At times, it is heart-warmingly portrayed by both actors, and their duet ‘The Best Thing That Ever Has Happened’ is a gorgeous demonstration of the life-fulfilling love that they share. 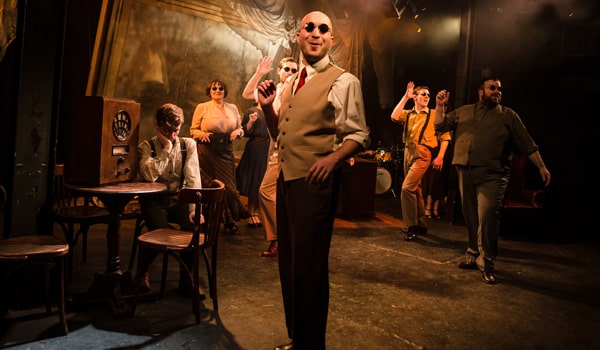 Nevertheless, the relationship is never entirely convincing, in spite of Jenkins and LeClair’s best efforts. Willie forces his way back into Addy’s life with such consummate ease, Hollis might never have been there at all. Addy’s honest nature and his devotion to Hollis rot away with a word from his brother – which is thematically intriguing, but inconsistent. The potential drama between the two men in Addy’s life is not enhanced by the fact that Hollis’s plans for an “artist’s colony” – which should serve as a worthy counterpoint to Willie’s dubious scheme – are unformed at best and self-congratulatory at worst. This means that the decision Addy must make about his future, rather than a struggle between his heart and his ambition, turns into a bit of a Hobson’s Choice. We know he should choose Hollis, but as the love between them inexplicably fades, we don’t feel enormously happy about it.

The production is, in spite of the narrative flaws, rather good fun. The acting and singing are extremely solid, with occasional terrific moments. Refig is very convincing as the charismatic shyster Willie, and Jenkins’ Addy sings with admirable passion, suitably layered with ambition and frustration. LeClair’s wistful, rather naive Hollis is a sweetly likeable stage presence, whilst Watts and Cathryn Sherman, who plays Mama Meisner, lend gravitas to their small but important roles. 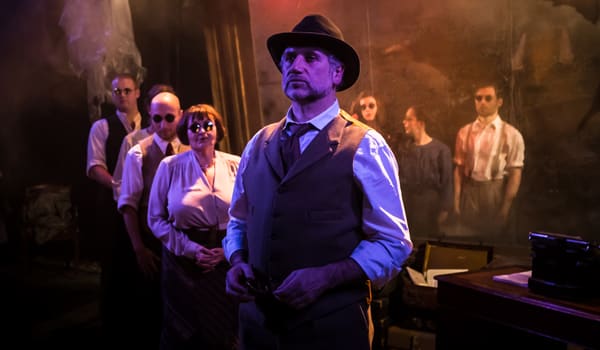 What elevates this production is Nik Corrall’s simple, but incredibly effective set design. At the centre of the stage is an enormous mirror, which either reflects the actors on stage or reveals a cast of characters behind it. This is particularly well utilised when Willie and Addy advertise their new city on the radio, Hollis’s pensive reaction to the broadcast occupying the foreground, whilst we see Willie making his propagandist patter in the background, the mirror physically dislocating him from reality. In turn, the dusty decor, a study in a well furnished, but unloved room, perpetually reminds us of the transience of wealth. It is cleverly contrasted with the energetic movements and mutterings of the excellent supporting cast. They act as the visual representation of characters’ hopes and ambitions – the elements that make them so keenly alive.

Road Show has a number of strong motifs, and the Meisner brothers are entertaining company. Whilst it does not fulfil its promise, and the narrative is at times frustrating, this production offers an entertaining night at one of London’s finest fringe theatres. 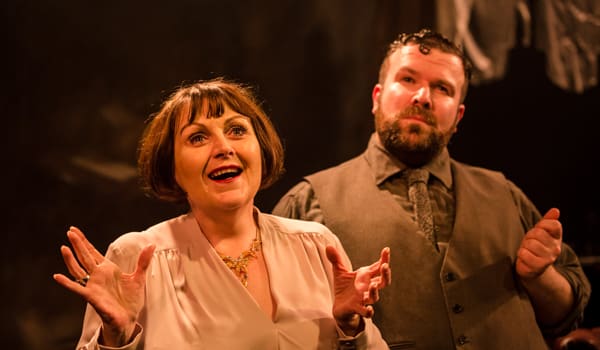 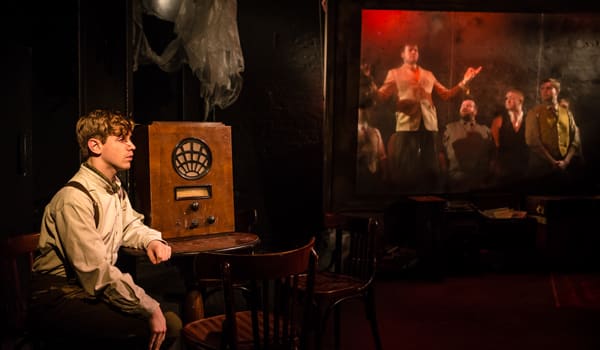 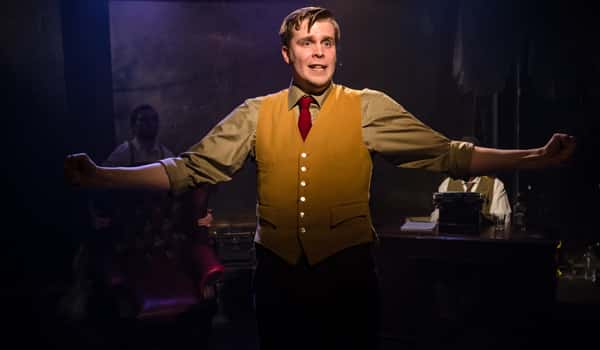