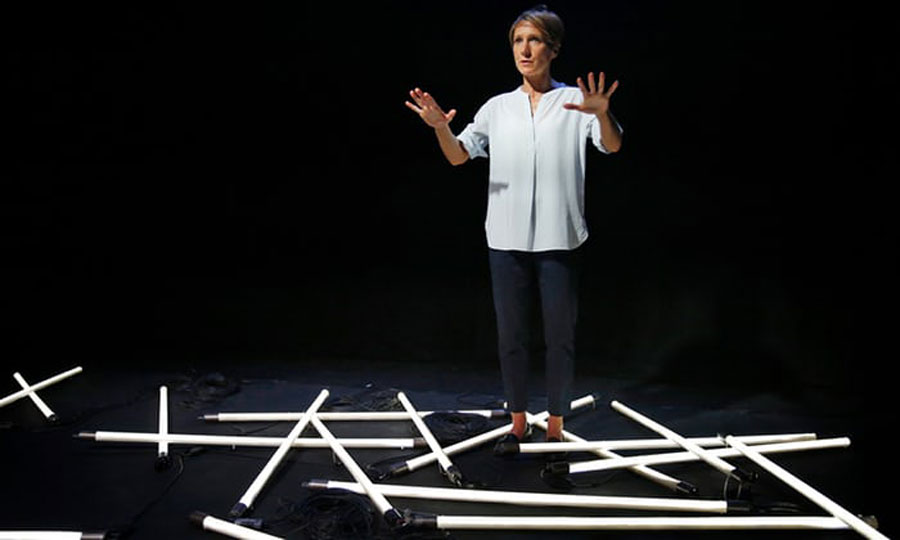 Written in response to the 2012 Sandy Hook Elementary School shooting, Martin Zimmerman’s powerful play tells of a mother who, following the murder of her only child by a school shooter, develops an obsessive interest in the weapon that killed him. She buys an assault rifle, the exact make used to kill her son, and learns to shoot it, until she finds herself in front of a gun lobbyist.

China Plate and Audible’s production is stripped down, clear, and highly effective. This Is mainly down to a superb performance by Polly Frame, taking us from fear of being attacked while teaching at her University, the devastating grief of losing her son, and her channelling of her rage through mastering her own assault rifle. Throughout, the audience were held in silence, it is gripping. Yet it is further enhanced by a set of florescent lights that pulse and flicker with the story, you fire the gun when you breathe on the exhale. Director Christopher Haydon has created a production of both power and fragility.

That the play possibly shies away from a more powerful, melodramatic ending, is in keeping with the character. Nevertheless, this is a story extremely well told, and stands out in a festival of monologues.

BOOK NOW FOR ON THE EXHALE