Mark Ludmon reviews the stage adaptation of My Beautiful Laundrette currently playing at Curve Leicester ahead of a brief tour. 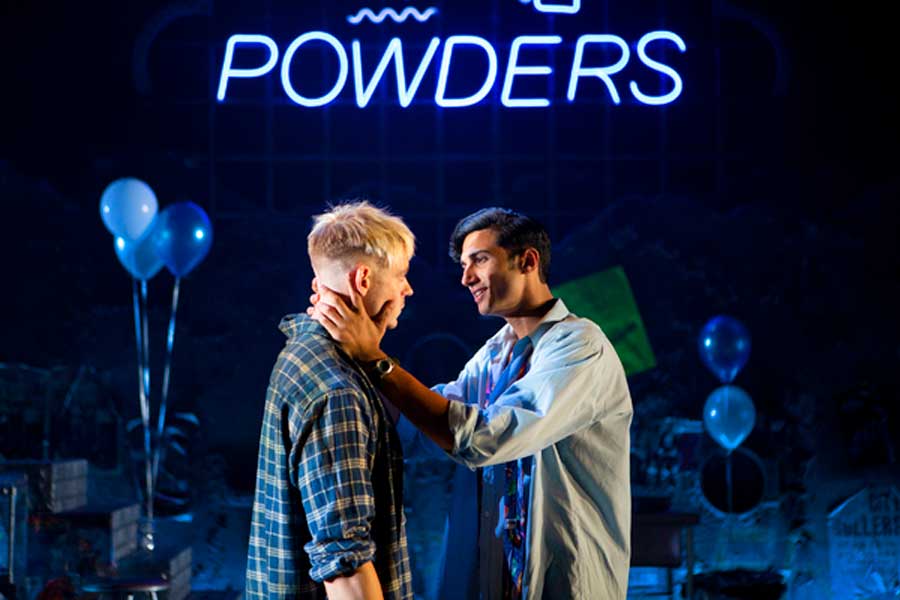 The Pet Shop Boys captured the spirit of the 80s with their song, Opportunities, and its classic line of “I’ve got the brains, you’ve got the looks, let’s make lots of money”. It would have been a perfect fit for British movie My Beautiful Laundrette, which was also released only a few months later in 1985. That omission has been rectified in a new stage adaptation of the film by its writer Hanif Kureishi under director Nikolai Foster. The song is part of a driving soundtrack of hits, B-sides and new compositions that make up the incidental music by the Pet Shop Boys themselves, Neil Tennant and Chris Lowe. Like the music, the adaptation takes the best from the 80s original and strikes a new note that makes it resonate more clearly for 2019. 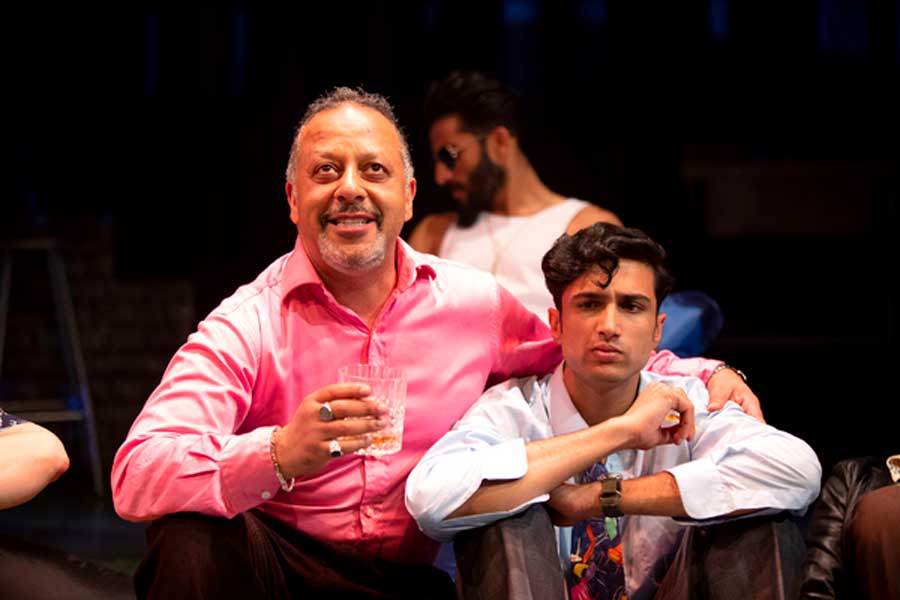 Still set in the early 1980s and the days of prime minister Margaret Thatcher, it follows young Omar who finds new direction in life after his uncle brings him into his business and puts him in charge of a run-down south London launderette. It brings to life the enterprise culture of Thatcher’s Britain but sets it against a backdrop of society’s ingrained post-colonial racism. Omar, who is mixed heritage with a father from Pakistan, finds himself drawn back to his former childhood friend, Johnny, a blond “angelic thug” who turned aggressor after being sucked into the angry world of the National Front. Together, the pair transform the appropriately named Churchill’s launderette into the shiny, neon-lit Powders Laundrette, subtly hinting at the smack-dealing profits that have helped finance it. 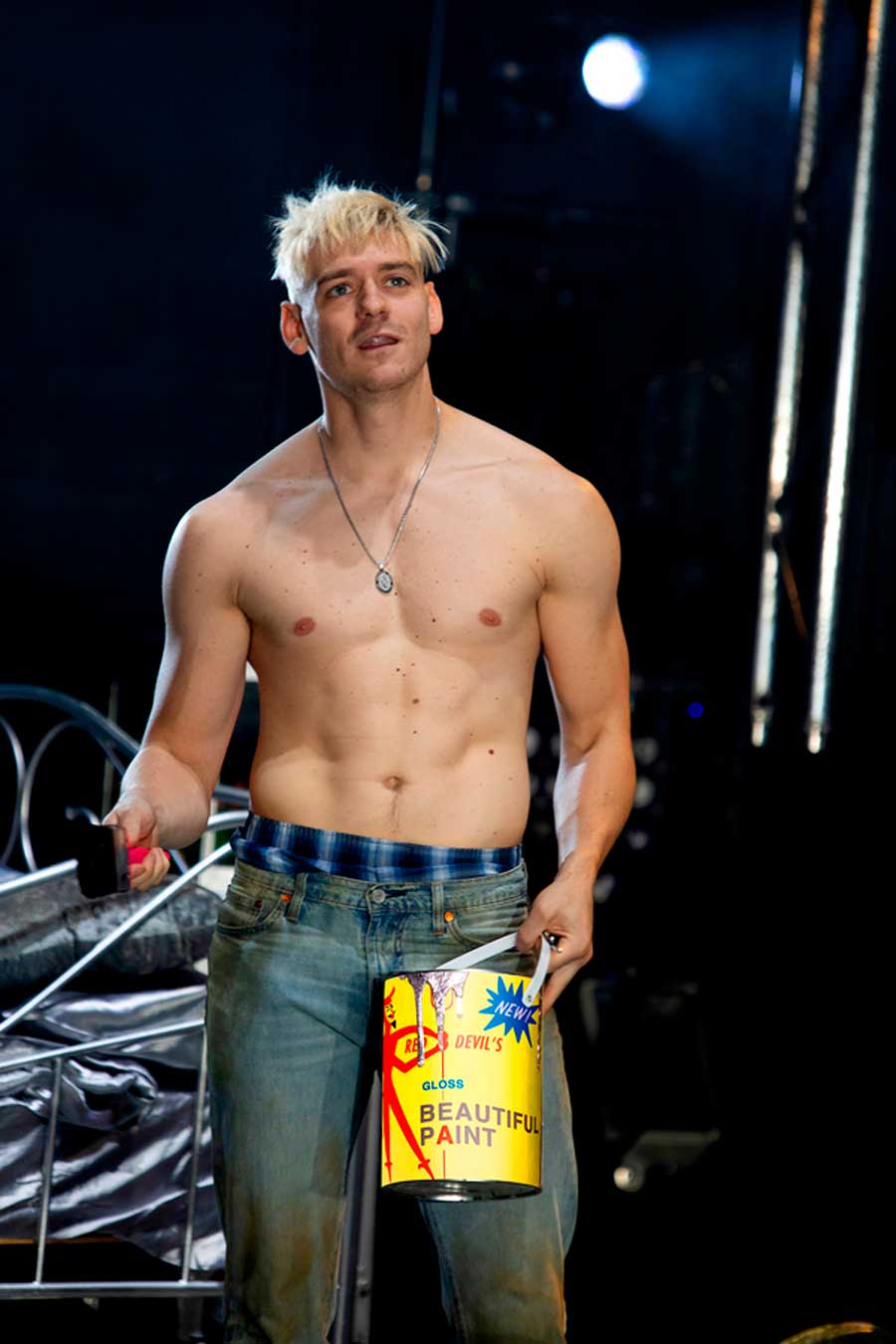 One of the joys of the play is the slowly simmering relationship between Omar and Johnny as they tentatively, and often comically, test the water to work out if their sexual attraction is mutual. Jonny Fines is a mercurial, muscular presence as Johnny, bursting with barely contained energy, opposite Omar Malik as the more laid-back but quietly determined Omar. With his mixed heritage, Omar is part of a generation caught between two cultures, and the play also charts the struggle of his cousin, Tania, to break free of traditional family expectations to assert her identity in a strong, sometimes heart-breaking performance by Nicole Jebeli. Her father, Omar’s uncle Nasser, is played with a brilliant mix of charm and menace by Kammy Darweish, part of an older generation that still looks back to their time in Pakistan but sees the opportunities for making money in Thatcherite Britain. His wife, Bilquis, played by Balvinder Sopal, is more rounded than in the film, trapped in a loveless marriage but sustained by love for her daughter. In intriguing doubling up, Sopal also transforms herself into one of Johnny’s gang of racists alongside Paddy Daly as the violent skinhead Genghis. Gordon Warnecke, who played Omar in the original film, returns in a beautiful piece of casting to play his father while Cathy Tyson shines as Nasser’s warm-hearted mistress, Rachel. 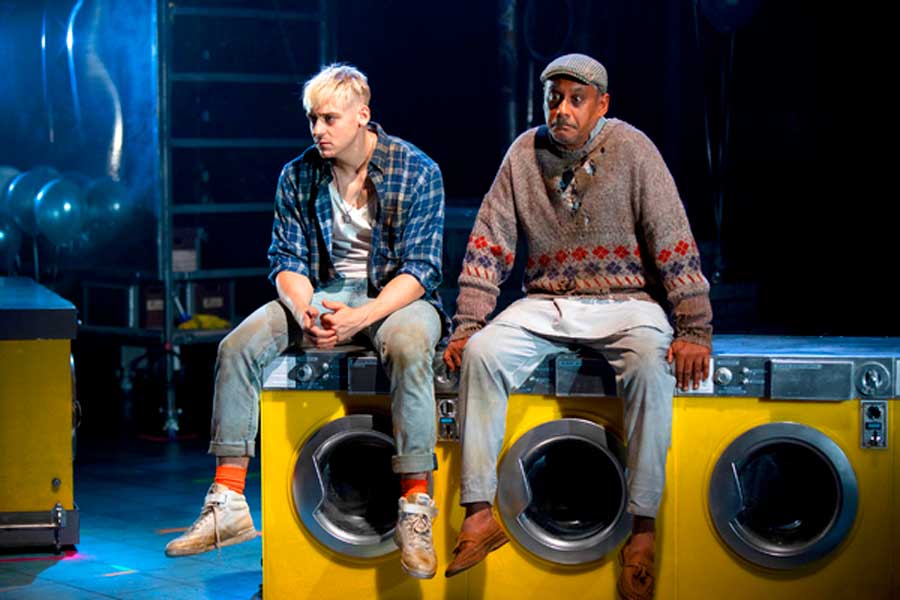 Grace Smart’s set draws inspiration from 1980s urban style, mixing steel and concrete with brash colours and shiny chrome. While the story is still firmly located in the decade that created the original film, it tackles aspects of the immigrant experience and the social divides that feed the far right in ways that make the play unsettlingly relevant to modern Brexit Britain.

Running at Curve to 5 October 2019, and then touring to Belgrade Theatre in Coventry, Everyman Theatre in Cheltenham and Leeds Playhouse.