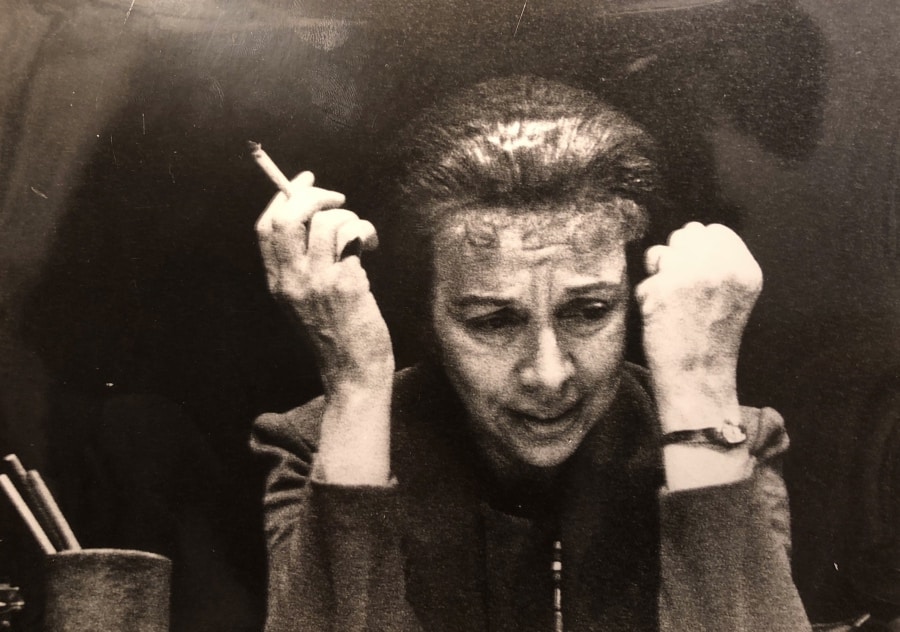 Momma Golda is a celebration of two women. The first is obviously the woman who was the story, Golda Meir. Born Golda Mabovitch (May 3, 1898 – December 8, 1978) she was an Israeli teacher,  kibbutznik,  stateswoman,  politician and the fourth prime minister of Israel. Golda Meir has a life worth studying for its focus and dedication, whatever your personal politics

Lead actress Thelma Ruby is the other lady of note. Similarly Ms Ruby has a long and illustrious career to study.  The lady herself will gladly tell you her age. She’s 93 but the age is immaterial when you consider the size of the role she plays in Momma Golda. It’s enormous and at any age would be a challenge to energy and memory.

Momma Golda was adapted by Ruby and her late husband Peter Frye from an original play by William Gibson. Gibson’s Golda had a large cast playing over 40 characters but Momma Golda was reduced to only 2 actors: Ruby playing Golda from the age of 5 and Sean Baker playing a multitude of diplomats and politicians as well as Golda’s father Moishe Mabovitch and husband Mossir Myerson.

Momma Golda is in the form of story telling mixed with short acted scenes. The timeline is scattered and jumps forwards and backwards at will. It’s complex and somewhat disjointed.

As Golda, Ruby rarely changes costume and even more rarely leaves the stage. Watching her transform from the stressed and unwell Golda managing the crisis of the Yom Kippur War of 1973 is a masterclass in characterisation. The switch is achieved with nothing more than an internal shift of energy that changes the 75 stateswoman into a 5 year old child and a young woman in love.

Sean Baker however as everyone else in the play must feel like a kaleidoscope actor, having to change characters sometimes as he walks from one side of the stage to the other. Baker, like Ruby is an actor with oodles of experience and obvious skills and strength. However on this occasion there just seemed to be one turn too many.

Momma Golda is an uncomplicated telling of the facts surrounding the life of Golda Meir and particularly the early days of the Yom Kippur War, but those seeking a clearer definition of the lady and her politics will not find them here. There is little time for such depths to be explored.

On the creative side the simple staging by director Sarah Berger was effective and greatly enhanced by the lighting design of Clancy Flynn. His use of just a few lights was vital to defining changes in time and place. There was also clever use of soundtrack throughout.