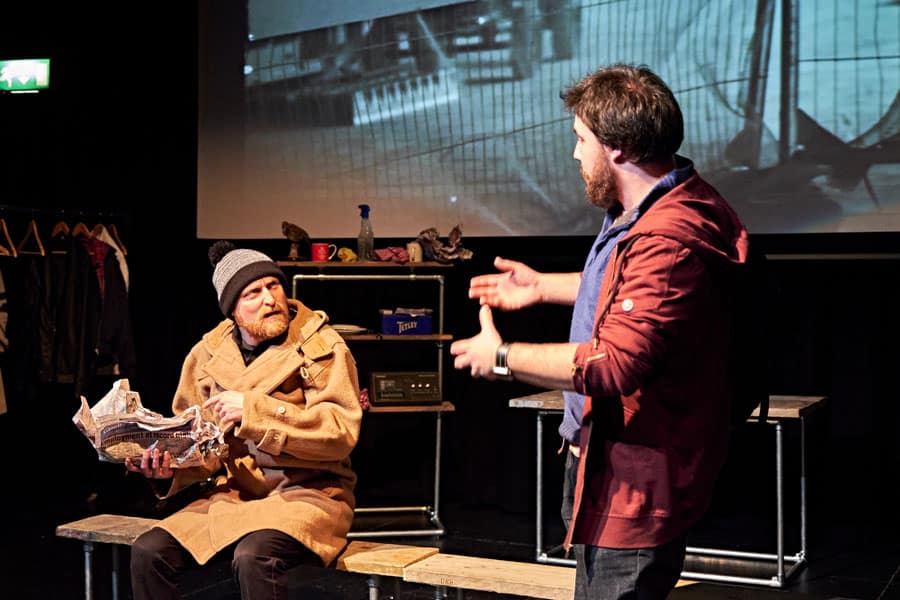 What does it mean to be English? What is England? How do you define the people of England? Since its first run at N16 last year, Neil Darcy-Jones’s intriguing play has developed into a state of the nation play whose key feature is tenderness. Yes, it is angry, yes, we are wondering what it means to British since the EU referendum result, but the play never mentions Brexit directly- it’s more subtle than that. The central character, George, has been away for many years and now returns to a different England than the one he left. As he explores different areas of the country, he meets a succession of characters, and the security services are also keenly interested in George. Is he a spy? A terrorist? Just a normal guy? – and why does that disturb the authorities? Darcy-Jones peels away the layers of George’s life, always multi-faceted; we have to search for the ‘real’ George as much as the ‘real’ England. 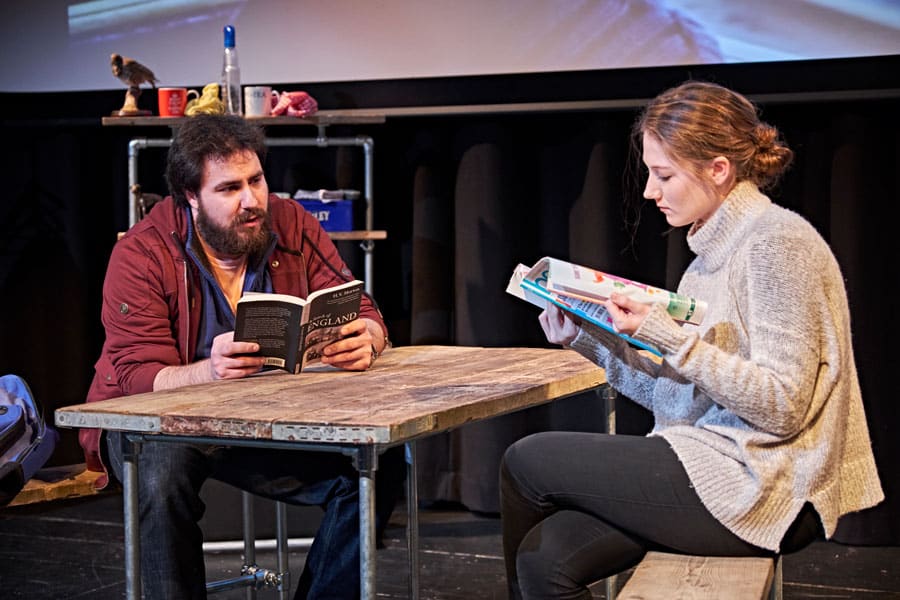 Confidently directed by Will Parrick, this is terrific cast. As George, Adam Duarte-Dias shifts seamlessly into different aspects of George’s past and present, a performance that allows you to follow George, yet wonder why he is such a focus of interest for the security services. There are many acts of kindness that (St.?) George commits, whether it’s giving chips to a stranger or money to a girl he has let down, Adam is an engaging lead actor that effectively passionately questions what it means to be English. The other actors inhabit a variety of roles, and Charlotte Luxford radiates stage presence as she shape shifts from one character to the next, particularly as George’s mum, her violent relationship with her husband the seeds of George’s questioning. Thomas R. Edwards is simply outstanding as the third member of the lead cast, convincing in every role he undertakes, from homeless man to kindly vicar, and a powerful presence as security figures and Dad. 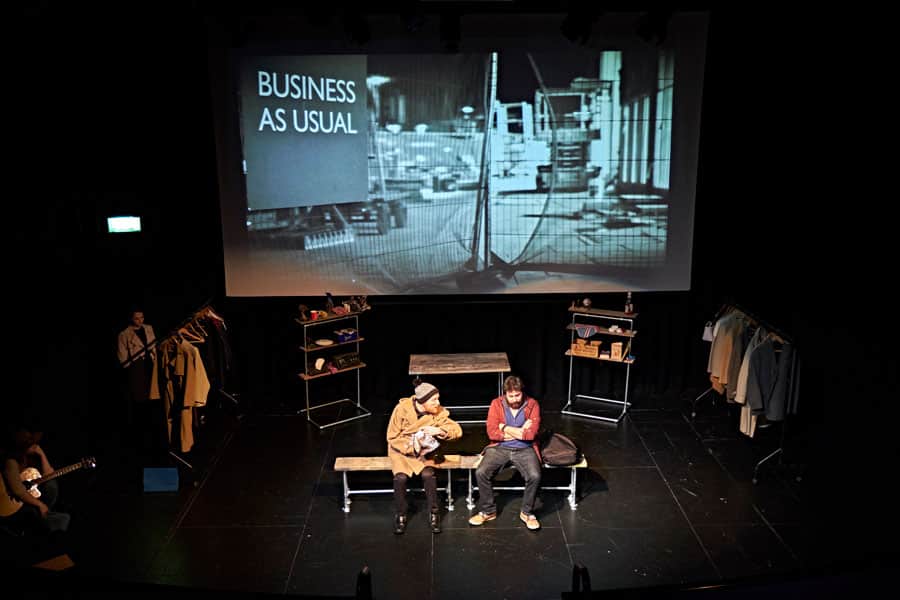 The play is enhanced by the busker, Andra Chelcea, who links the scene changes with beautiful renditions of classic songs. However, I would have liked more of a range of energy here, and if a particular song is supposed to be an ironic statement, play the irony more strongly. Some of the photos projected behind the cast were also a little parochial, being more effective the more generic they were of images of England. This is a play that never feels the need to shout or become hysterical, yet brims with anger, passion and love, and tunes in with our own questioning of national identity. It’s the first production from local group The Packing Shed Theatre, and is a confident and involving debut.

BOOK TICKETS TO IN SEARCH OF ENGLAND