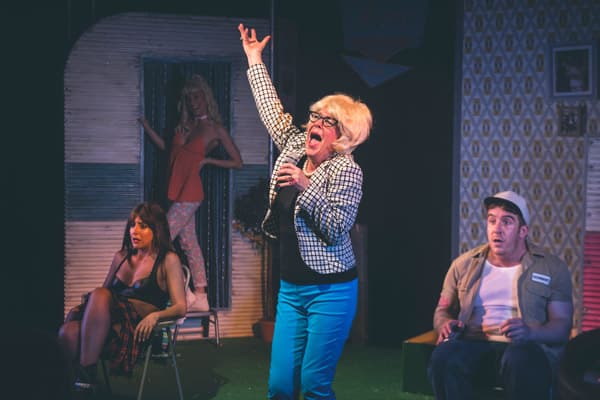 In my time I’ve seen some diverse subject matter make its way into musicals, both big and small, but The Great American Trailer Park Musical wins the pool for cramming more into one musical than any other.

It all takes place in a Florida trailer park called Armadillo Acres, where a blond bimbo Greek chorus are your guide through the world of the American Trailer Park. It’s a world where disfunctionality is the norm, and it’s a hoot! 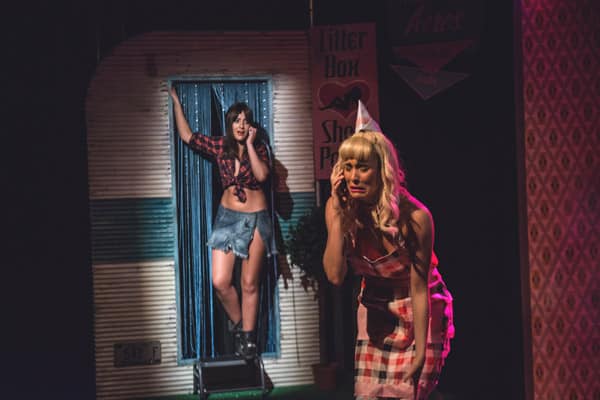 The Great American Trailer Park is blessed with a stellar cast that manage to sing an intense full-on score. The skanky Greek chorus played by Rosemary Ashe, Michelle Bishop and Jodie Steele, perfectly fit the loud, obnoxious and trashy roles that are central to this musical. Ashe even manages a female Jeremy Kyle moment which hit the mark perfectly.

As agrophobic Jeannie, Jemma Alexander is simply wonderful. Unable to step outside her caravan since her baby son was stolen, it’s easy to feel compassion for her plight. Alexander is blessed with a stunning voice that perfectly suits this country-rock score.

As Jeannie’s husband Norbert, Adam Vaughan gives a steady, solid performance of a husband trying to understand his wife’s situation. We can consider ourselves lucky that he wasn’t cast in Billy Elliot as he nails this role vocally and even though he’s two-timing his wife, he’s still sympathetic. 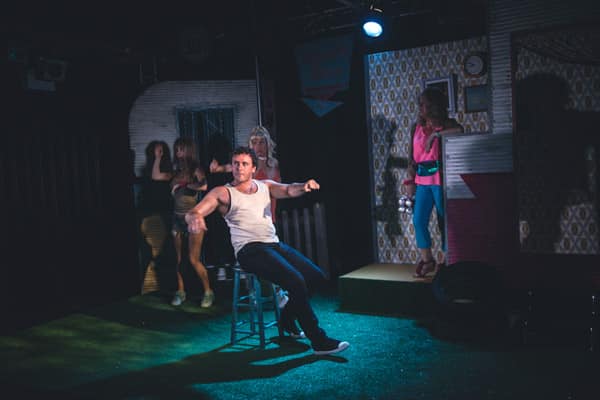 Josh Dever plays Duke, a nasty piece of work with a solvent sniffing problem. Dever gives an explosive performance and is perfect in a number called Road Kill backed by the aforementioned Greek chorus.

Sabrina Aloueche plays Pippi, a stripper with a heart of gold who is on the run from domestic abuse. Aloueche adds yet another strong female voice to an already strong cast. Even when she becomes a home-wrecking harlot, it’s hard as the audience to hate her.

Director Kirk Jameson keeps the evening running at a great pace, there’s not a boring moment in the show. Rebecca Howell’s Choreography is slick and manages to suitable bump and grind it’s way through an air of trailer park kitsch. Anna Kelsey’s set is minimalist but suitably sets the scene for all of the shenanegans at Armadillo Acres. 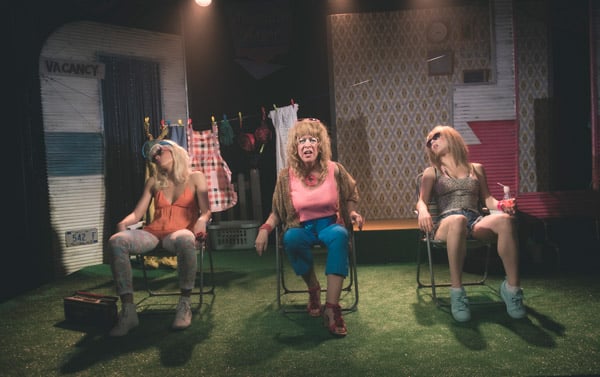 For the most part the band is on the money, but there were certain moments where vocals were lost as the volume rose. A small point but hopefully one which can be fixed. David Nehls score and lyrics tend to blend together a bit at first listen, a bit more light and shade and a little less intensity, might not go amiss.

It’s a weird beast of a show in that you know it’s not brilliant, but neither is it objectionally bad, and it’s blessed by a wonderful cast who know it, and who seem to be having a lot of fun, and that fun is infectious.

The Great American Trailer Park musical is in effect just too damn likeable. It’s not a great musical, it doesn’t have to be, it’s just a great evening of fun with a great cast. Go as a group, have a few glasses of wine and just enjoy.