Paul T Davies reviews Friendsical at the Mercury Theatre Colchester as part of its UK Tour. 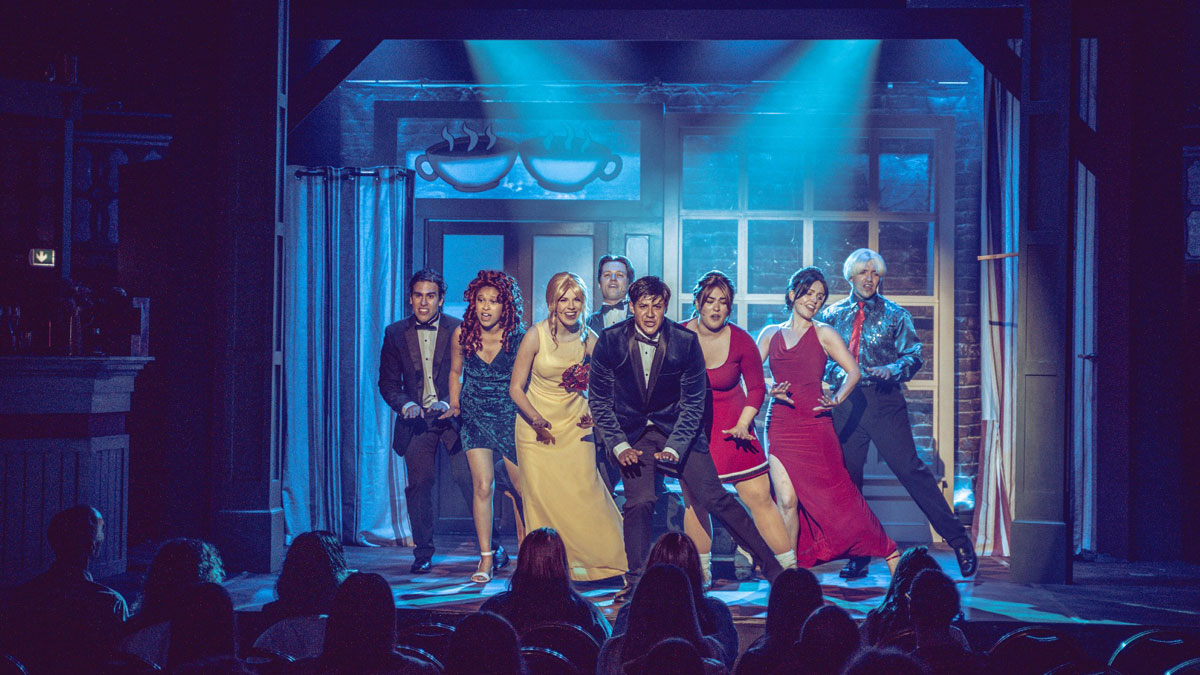 It’s hard to imagine anyone going to see this show who wouldn’t be a fan of Friends, the legendary comedy series about a group of…. Friends. The series is so iconic and embedded in culture, and the first lockdown introduced more viewers to the show. Barry Bignold and Miranda Larson’s musical is a “parody musical inspired by the gang in Friends.” And this is where the show falls firmly between two stools, there’s too much meta theatre in which Ross, also our narrator, constantly explains the timelines being condensed to incorporate all ten seasons into one evening. As an audience, we’re not stupid, we know that, and the show is desperately tedious in explaining this almost all the way through a nearly three-hour evening. Cut that, and you get to the fun bit, the fan favourite moments and ironic statements about the unanswered questions of the show- why does Rachel wear better clothes than the other female characters, and just how did Monica afford that Central Park apartment? It’s a musical of two halves, the best scenes and songs being about the absurdity and fun of the original show.  Thrones, the Game of Thrones musical, focussed solely on presenting all screened seasons in 70 minutes in Edinburgh, a much more successful approach. 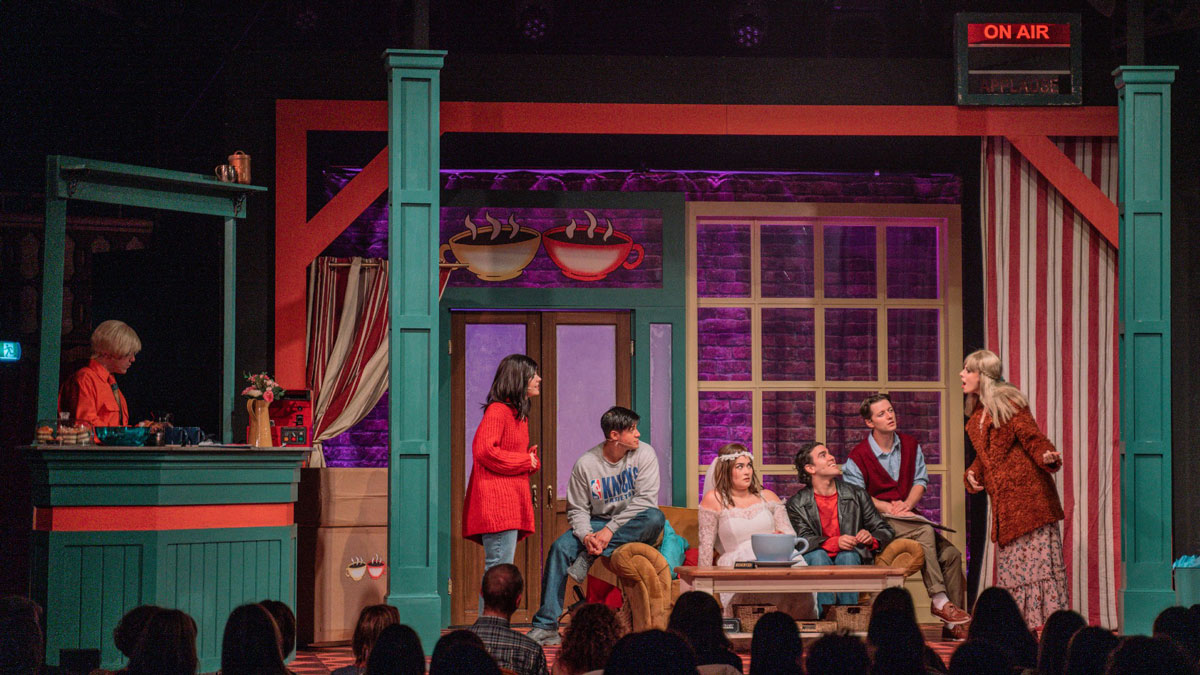 It’s so iconic that we do expect the cast to bear resemblances to the original actors. Best at this, and full of accomplished musicality, were the excellent Sarah Michelle-Kelly as Monica, and Tim Edwards as Chandler, though he does over exaggerate the mannerisms somewhat, and this becomes overplayed in the second half and slows the pace down. Whilst Amelia Kinu Muus doesn’t physically resemble Rachel, her voice and mannerisms are excellent, perfectly capturing the character. It’s a show of terrible wigs, and this affected my enjoyment of Ally Retberg’s Phoebe, I just couldn’t see the character that clearly, (Gunter also never looked like he does in this show), and Sario Solomon and Nelson Bettencourt look nothing like their more famous counterparts, Joey and Ross, and perhaps should have swapped roles to be more convincing. The celebrity guest star at Colchester was Jake Quickenden, of TV’s The X Factor and Dancing on Ice. I’m not familiar with his work, but he used his good looks and body to excellent effect, and stole the show in many places, he is affable and genuinely funny, and surely has a lucrative panto career ahead of him! 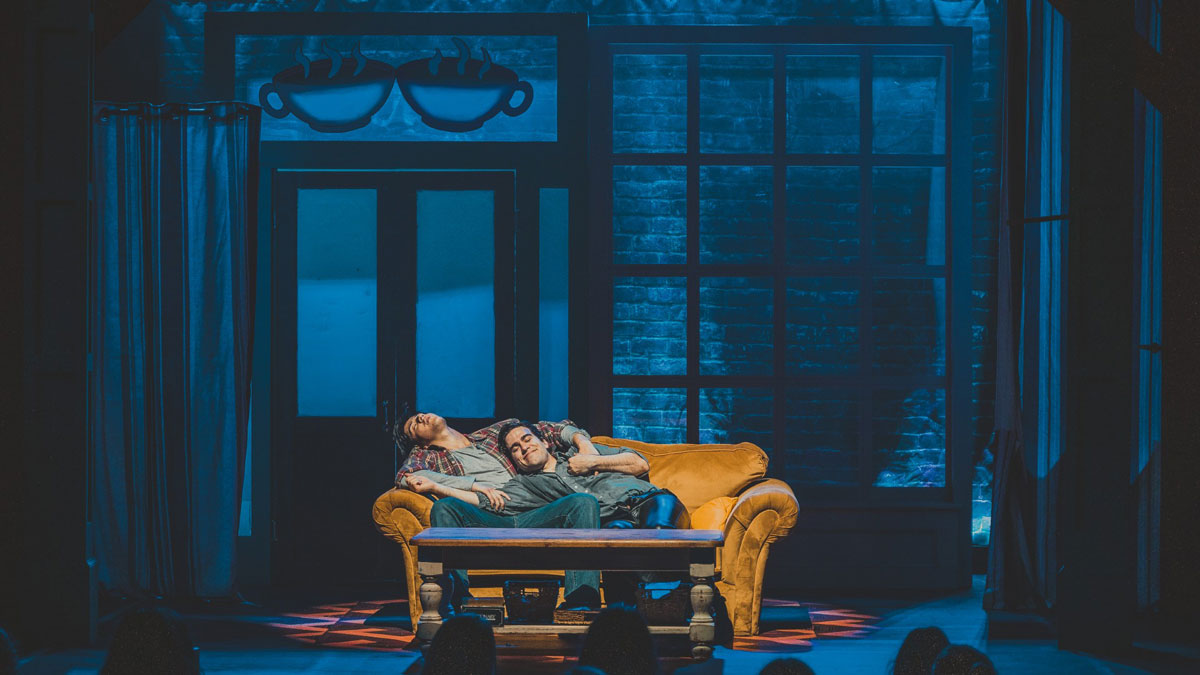 The ensemble sing and dance superbly, and, even though the musical doesn’t deliver a knock out number, the best songs, such as He’s Her Lobster and Richard’s Moustache, are delightful because they plug directly into the fan base of the show. Overall, it’s a mixed bag, and the evening mainly succeeds in reminding you how irritating Ross was, and how the Ross and Rachel storyline was massively overplayed.

More about the Mercury Theatre Colchester