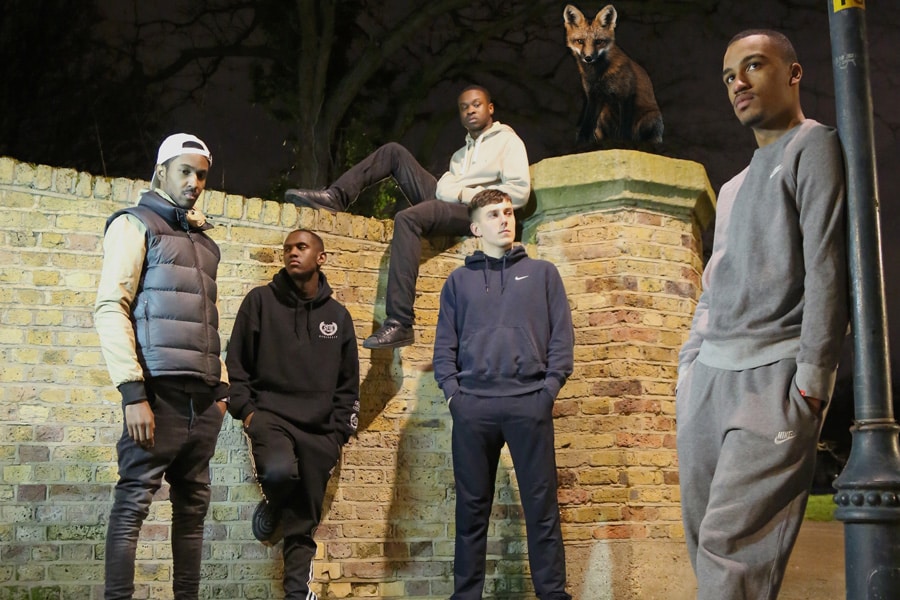 Fox Hunting
Courtyard Theatre
5th May 2018
3 Stars
Book Now
When I heard that someone had written a verbatim-based play about knife crime in London, I knew I had to see it.  There can be few subjects more deserving of our most serious attention right now than this terrible scourge that is afflicting so many young and vulnerable people.  Nobody knows how to get on top of this epidemic of violence.  So, it is more important than ever to listen to the voices of those people most directly affected by it, and that is what David Alade has done, listening to the testimony of those caught up in this nightmare, sifting through it, and distilling from it something that might give us an insight into what is happening, and why.

Now, having seen the show, the most important thing to take away from it is, I think, that David Alade is a strong dramatic voice, who creates many scenes of extraordinary power and emotional intensity.  Just 21 years old, this is his first play and bodes well for his future as a writer.  I would urge anyone interesting in finding and helping to nurture a promising talent to go along and experience the effect of his writing for themselves: he gets right inside the minds and hearts and people in the midst of this everyday horror, making us feel trapped within it, too.

He performs in the cast as well, alongside four other actors who create many memorable moments.  The group play a sequence of scenes, some naturalistic, many not, where they open up and explore different aspects of working-class London youth.  At his best, Alade can create with a few short brushstrokes a formidable evocation of each different milieu: one of his great successes is the sudden and unexpected introduction of two police officers: this scene is particularly effective for ‘opening up’ the narrative, something that enhances, rather than dilutes, the intensity of the story.  Similarly, the rare touches of humour – managed perfectly by the cast – throw a welcome contrast over the gloomy, sombre subject matter.  Alade may well be reflecting upon this as he considers what to do with this work next.

Meanwhile, his company is always right there with him, pushing the scenes along.  In addition to a plethora of incidental roles, the boys play a group gathered together – apparently – at the memorial service for some unidentified one of their number.  Devante Mavour has a strong voice and great stage presence as Lawrence, Quinton Arigi is strikingly focussed as Darral (and splendid in the utterly contrasting role of the Pastor), Joshua Lewis makes a telling impression as the lone white boy, Jake, and has a beautifully impressive singing voice that changes the aesthetic impact of the work.  Chris J Gordon brings great physical beauty to Terrel as well as finesse in expression, although he could do with using more vocal support to allow his voice his carry further and more clearly.

As for the direction, well, it does seem all over the place.  Quite often, what happens – physically – in the use of the space is thrilling and can be terrifying.  Equally, however, just as many moments seem to miss their target.  As for the lighting… it jumps about wildly and at the moment it is best just to ignore it as an aspect of the work that is not so much ‘in progress’ as ‘in its infancy’.  What seems to be needed here is for a careful director, or producer and director to step in and help give this work really convincing theatrical shape, bringing together more experienced practitioners with these newcomers.  The text is just too good to let it fall down on technical issues.  And more of a budget to spend on scenery and stuff would help, too.  In the short term, though, this would travel well through schools and community groups (and perhaps it already is doing – maybe there’ll be a programme at some point with lots of useful information about all these matters).

Anybody looking for a new great talent to support?

Visit our OFF WEST END page.