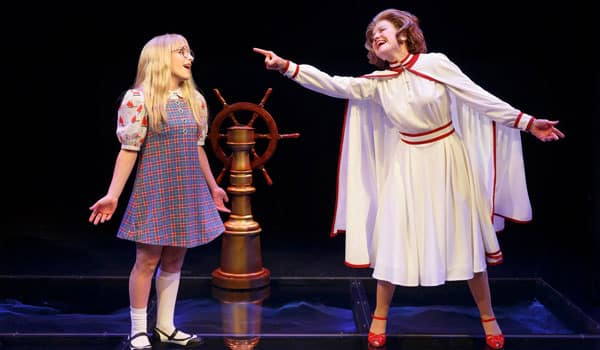 A musical about some of the women – daughters and mothers – who lived in the White House in the thirty-five or so years since Richard Nixon was sworn into office sounds like an impossibly dull affair. And yet, the glorious First Daughter Suite, a new musical by Michael John LaChiusa, directed by Kirsten Sanderson, now playing at The Public Theatre, demonstrates how stereotypes can be smashed and genres enlivened to produce theatrical and musical joy of exceptional quality.

It would be unsurprising if First Daughter Suite constituted a significant hat-trick for the Public, following, as it does, in the footsteps of Fun Home (which this year won the Tony Award for Best Musical) and Hamilton (which surely will win that Tony Award next year). It is a mature, sophisticated, joyful, and challenging musical work, hilarious and heart-breaking in equal measure. It’s a triumph, unquestionably.

And the best part of all, it involves an all-female cast: eight brilliant singing actors, any one of whom would be reason enough to see any show anywhere. All-female musicals are few and far between, but when they are as good as this, performed this well, one wonders why they are not de rigeur. Because the frisson created by women engaged in conflict and reconciliation is singularly powerful, hypnotically engrossing.

In the programme, Oskar Eustis, the Public’s Artistic Director, states:

“First Daughter Suite, like its predecessor First Lady Suite, chooses not to concentrate on the men elected to almost unimaginable power, but on the women around them. These wives and daughters are, in Michael John’s telling, the protagonists of their own stories, complicated and delightful and heartbreaking. Paradoxically, these dramas also paint powerful portraits of the absent Presidents who husband and father these remarkable women.

Seeing the political through the personal, and seeing the people inside of the politics, is one of the things the theater does best. Michael John’s entangled imagination of these private lives, lived so awkwardly in public, give us a remarkable image of these women, and of our nation.”

Eustis is spot on. Once you have seen this musical, no matter what your political convictions, you will feel differently about these women and the men they married, who held arguably the highest office in the world. Most importantly, the musical
makes you accept the fundamental truth: politicians and their families are, in fact, human beings.

LaChiusa may imaginatively create the sequences and situations in which these White House women are revealed, but there is truth evident in every phrase, spoken or sung, and great care and skill is employed in making the various characters distinct and distinctive. The score is rich, complex and challenging, but it is chock full of vibrant passages, glowing melodic lines, and intensely felt harmonies and sequences. 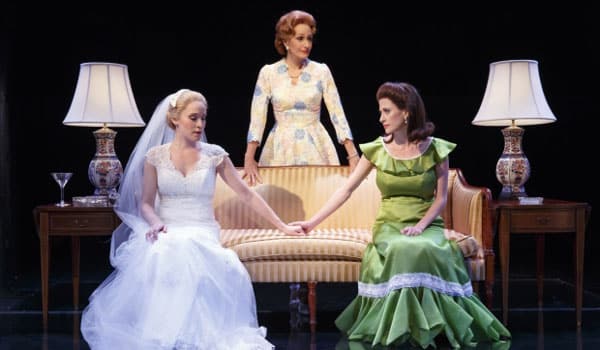 No one musical style is utilised: just as the President’s women are different, so is the music employed by LaChiusa to enliven their thoughts. The gorgeously bright and daffy music associated with Betty Ford is a world away from the almost Wagnerian opera sounds which define Barbara Bush here; this is not called a Suite for nothing. LaChiusa’s remarkable range as a composer is vibrantly on show.

The work consists of a prologue, in which all the women appear and provide a taste of what is to come, and then four scenes. Each scene is different in tone and reflects upon a separate period of White House administration: the Nixon women are focussed on the imminent wedding of the eldest Nixon daughter; the Carters and the Fords are examined as Amy Carter pines for a “lively” mother like Betty Ford; Nancy Reagan reclines by a pristine swimming pool torturing her rebellious daughter with kindness and smiles; and Barbara Bush is defiant and moody, belligerently defying her son’s wishes, communicated by his wife, Laura, because she has important thoughts of her own to pursue.

While each of the four scenes is very different, some are wickedly funny while others are brutally raw, each is near perfectly written and realised. Sanderson’s direction is brilliantly effective, the tone of each scene precisely right, the pace of action elegant without being slow; honesty is the key, and profound, ingredient here, and the chief reason for Sanderson’s success. She presents the characters honestly and ensures each actress plays from inner certitude and outward realism. Even extreme behaviour is utterly truthful – producing enthralling, powerful theatre.

Scott Pask’s set design is neatly simplistic, instantly establishing the very different places where the four scenes play out. The sense of pristine perfection evoked in the Reagan scene is brittle and precise, just as the haunted, ethereal oceanside space where the Bush battle-lines are drawn feels icy, windswept and cruel. What furniture there is has been immaculately selected, and the floor, a ravishing marvel of design, can, with the aid of Tyler Micoleau’s inventive lighting, become anything, anywhere. The costumes from Tony-Leslie James are superb and the red Nancy Reagan bathing suit alone is worthy of a Tony nomination.

Every element of the design and directorial vision is acutely, passionately detailed, leaving the gifted cast with nothing more to do than be transcendent, a feat each and every one of these marvellous actors manages seemingly without effort.

If someone had told me that I could be made to feel sympathy for Barbara Bush, I expect I would have scoffed at them. However, I had not counted on the extraordinary power and ability of Mary Testa, who makes the elder Mrs Bush a force to be reckoned with and who makes her both intensely emotional and intellectually agile. Testa imbues the character with such understandable and accessible anger, grief, and stubbornness that it is impossible not to love this passionate, driven mother. Vocally, her powerful, wonderful voice finds every thrill the music offers, and it offers many.

She is given immaculate support by Teresa McCarthy’s needy, affection-hungry Robin Bush and Rachel Bay Jones as a earnest, purposeful and quietly insistent Laura Bush. Together, this trio make superb musical theatre, painful and painfully true. The moment when the apparently compliant Laura stands up to the raging torrent that is Testa’s Barbara and sings her a few home truths is as electric a moment of musical theatre as one could hope for. 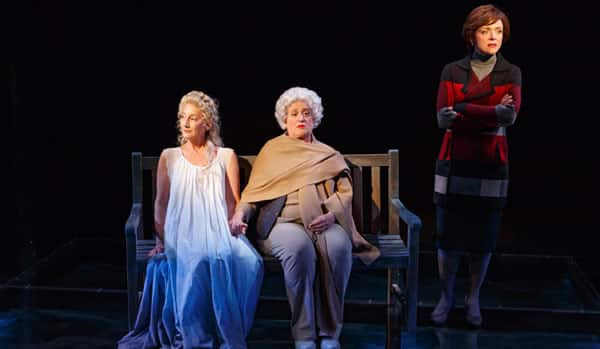 Jones is also truly excellent in the Carter/Ford scene, and her sense of both women is fascinating and compellingly different. She has a luscious, pure voice which is sheer delight to listen navigate LaChiusa’s score. She is not the only actor to play more than one significant role: Caissie Levy doubles as a Nixon daughter and a Reagan one, while Betsy Morgan is another Nixon daughter as well as a Ford one. Both actors are terrific, especially good as the bickering Nixon siblings agitated by the arrangements for the impending nuptials but, equally, clever at creating wholly different characterisations for their other scene. They are wonderful singers too, clear of diction and unerringly accurate with the tune.

Levy is utterly transformed as the rebellious, difficult Patti; the part is beautifully written and Levy illuminates every aspect of it. Morgan makes much out of her turn as Susan Ford, a part which could easily be overshadowed by the others in the scene. Mining it for full value, Morgan displays her formidable skills. She is aided, in no small way, by Carly Tamer’s impressive turn as the precocious Amy Carter.

There is terrific work too from Barbara Walsh (a stoic, majestic Pat Nixon) and Isabel Santiago (Nancy Reagan’s trusted aide, Anita). Both are artful in their use of silence as an effective dramatic tool and both sing splendidly.

But the performance of the evening comes from the incredible and unfeasibly versatile Alison Fraser. Her turn as the effervescent, slightly lunatical, possibly inebriated, and utterly hilarious dancing and twirling Betty Ford is comic perfection, tinged, as all comedy is, with undeniable pathos. Then, as Nancy Reagan, Fraser is fearlessly vile, a picture of Machiavellian certainty, beautiful and repellent all at once. Fraser is nothing sort of phenomenal, with pipes and pins to die for. Her execution of Chase Brock’s choreography is marvellous to behold.

There must be mention of the remarkable wigs from Robert-Charles Vallance: each is perfect, especially for the First Ladies, with the Bush and Reagan wigs almost being characters in their own right.

Like Hamilton and Fun Home before it, First Daughter Suite is a unique musical theatre experience. It overwhelms you with the quality of its score, the richness of its characters and the artistry of its performers. It is the stuff of greatness.

One can only hope that, like it did with Here Lies Love, the National Theatre has the foresight to transfer this production (with this cast) to London.

First Daughter Suite runs until November 15 at the Public Theatre