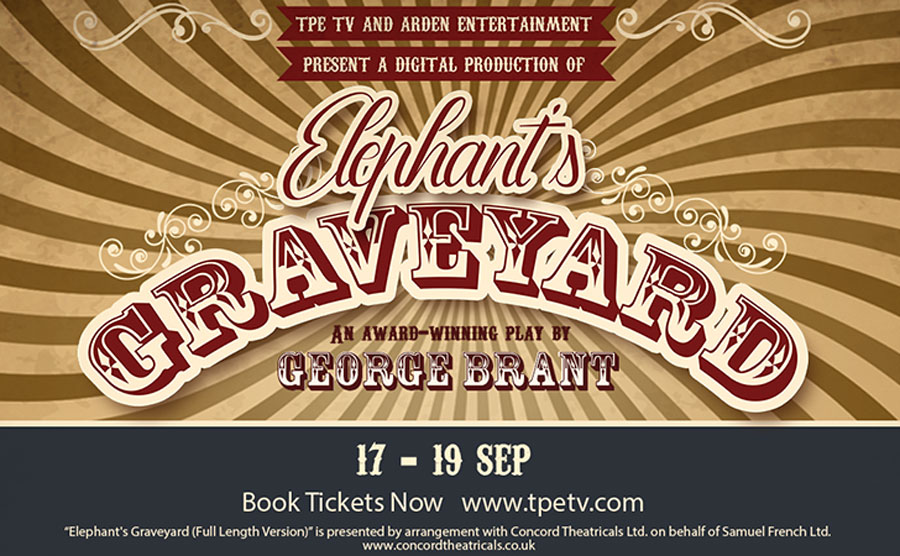 This is an intruding tale, the true tale of the only known lynching of an elephant. A circus longing to be famous enters a small town in Tennessee in the September of 1914, offering the chance to relieve the monotony of the lives of the small population. Tragedy occurs during the parade and the elephant, Mary, kills a man. The American need to revenge, as well as spectacle, is explored, and the tale is told by the ensemble direct to camera, with very effective costume and background.

This the kind of show I would love to see live, as I think the chance for spectacle would be captured well. As it is, the shared narrative becomes a little unengaging and, although the piece is well performed, the story takes a little while to get its rhythm. The line between residents of Irwin and the circus performers is clearly drawn, and the script, by George Brant, contains much humour, especially regarding the place of clowns in the food chain, and leads us confidently to the horrific baying for blood that occurs. Here the play lifts above the average and becomes a truly involving piece of theatre. Just how do you lynch an elephant?

The ensemble is expertly edited together by Phil Sealy, and the direction by Colin Blumenau is unflinching in keeping the focus on the tale. Luke Potter’s music is effective and supportive, creating an atmosphere that leads you into the story. Phillipa Hogg is excellent as the elephant trainer, almost speaking on behalf of Mary, and giving us an understanding of the animal, Esmee Cook a great clown, and Shaun Bailey as the Marshall gives us an understanding of the town and its attitudes. Patrick Marlowe as the engineer, convinced he knows the right way to hang the elephant, exudes ignorance and helps make the town make the “impossible possible”, and the chilling words, “This is America and we can do anything we want”, finds resonance with today. Phil Sealy and Gareth Tempest are particularly fine in this strong ensemble. Set aside time for it, as this is a disturbing tale, which hopefully will remain unique in its factual circumstance.

Tickets can be purchased here: https://tpetv.com/