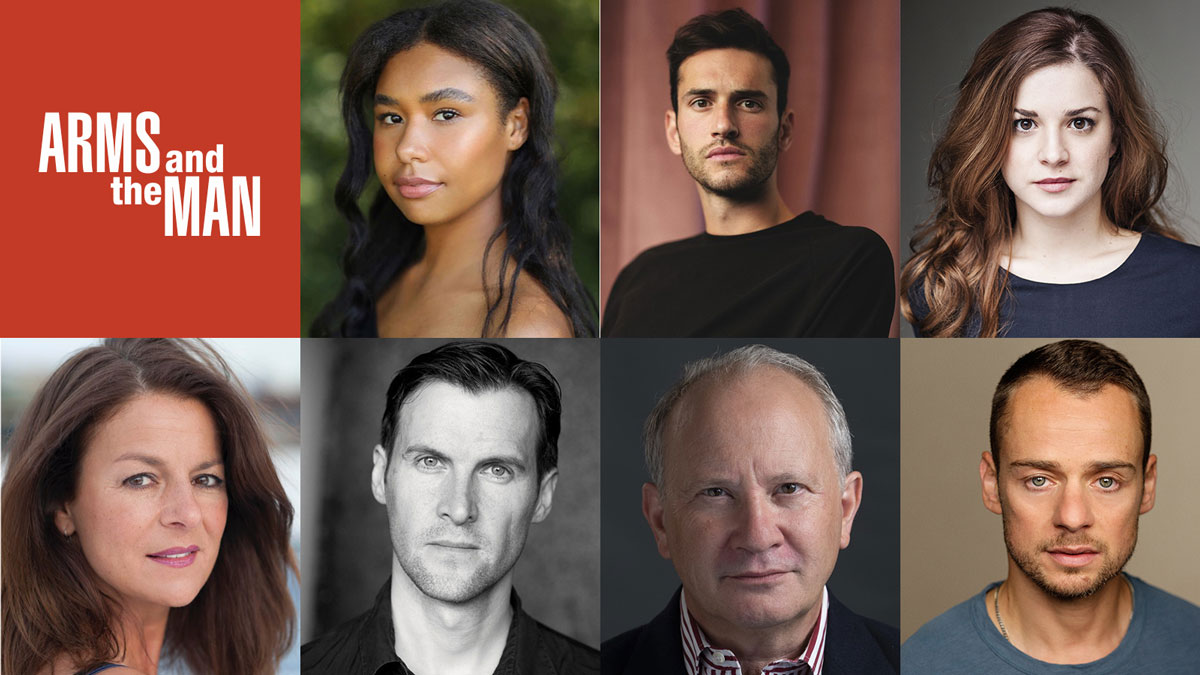 The Orange Tree Theatre today announces the full cast for Bernard Shaw’s Arms and the Man, marking Paul Miller’s final production as Artistic Director, following his lauded rediscoveries of Shaw’s other early plays How He Lied to Her Husband, Misalliance and The Philanderer. Miller directs Kemi Awoderu, Alex Bhat, Rebecca Collingwood, Miranda Foster, Jonah Russell, Jonathan Tafler and Alex Waldmann. The production opens on 23 November, with previews from 19 November, and runs until 14 January 2023. It will be available to watch via OT On Screen between 17-20 January 2023.

In the midst of a bloody central European war, a chance moonlit encounter throws together an idealistic young woman and a Swiss mercenary with an unexpectedly realistic attitude to soldiering.

Raina’s youthful love for Sergius, the swashbuckling fighting hero of the Bulgarian army, is challenged when she learns more of the realities of war. Bluntschli’s coolly ironic good sense starts to seem more like the future.

When Louka, the servant of the family with a spirit and ambition all of her own, sets her sights on Sergius, the stage is set for an epic moral battle. Shaw’s delightful romantic comedy was one of his first commercial successes and remains enduringly relevant.

ARMS AND THE MAN CREATIVE TEAM