Hit musical Six has announced that it will hold a Sing Along performance at the Arts Theatre on 6 June 2019. 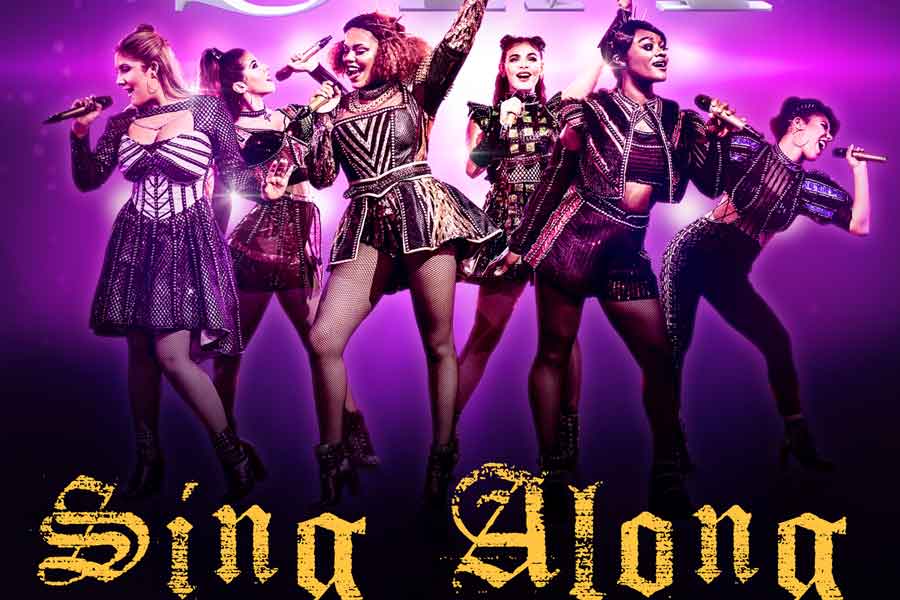 Fans of the Six fabulous Queens of Six rejoice! Producers would love you to be Queen for a night at the show’s first Sing Along show at the  Arts Theatre on 6 June 2019.

Six has built up a large and enthusiastic fanbase who have followed it from the Edinburgh Fringe to its permanent West End home at the Arts Theatre. And for many, the temptation to join in with the show’s catchy hits like Catherine of Aragon’s NO WAY, Anna of Cleves’ GET DOWN, and the anthems EX-WIVES and SIX can be almost unbearable. Now, for one night only, audience members will be able to sing their favourite songs along with the cast, and without fear of upsetting the theatre noise police.
The Six Studio Cast Album has been played over 6 million times, gets 60,000 streams a day and was Winner of Best UK Cast Recording in The Curtain Up Show Album of The Year Awards 2018.

The audience at 8.30pm on June 6  might also like to come dressed as their favourite Tudor-pop star from the show, or just dress to impress and one audience member will be crowned ‘Queen for the Night’ and receive a unique Singalong Six poster signed by the cast from that night’s show.

Writers Lucy Moss and Toby Marlow, speaking from Chicago where they are casting the first US production of Six, said: “!!!!!! OMG this is going to be so much fun! We honestly have the best fans in the West End and they are going to Take. The. Roof. Off. The. Arts. Theatre!! Ever since the album was released we have been blown away by the engagement and support from everyone – we are constantly amazed by videos people post online singing/dancing/lip-syncing along to the the tracks. It’s so wonderful to see how much these songs mean to some people and so we cannot wait to give them a chance to get their Queen on! We really hope our Sing Along Six night will be a chance for our energetic, passionate audiences to be a step closer to our talented cast. This unique performance promises a royal (!!) night at the theatre, a celebration party and a pop concert all in one. We can’t wait to be there to join in the fun!”

BOOK NOW FOR SING ALONG SIX AT THE ARTS THEATRE