Maureen Lipman in Rose is back by popular demand from 13 Nov to 13 Dec. Book Here!

Maureen Lipman is preparing to follow in the footsteps of actors including Olympia Dukakis and Janet Suzman to take on the title role in Martin Sherman’s Olivier-nominated play, Rose. Through Manchester’s Hope Mill Theatre, her solo performance will be streamed worldwide, bringing to life 80-year-old Rose’s story of surviving Nazi-controlled Europe and being a refugee in post-war America. Lipman believes that the play – set in 1999 when it was originally staged with Dukakis at the National Theatre in London – will resonate in new ways at a time when antisemitism is on the rise. “It’s set 20 years back, on the eve of the new millennium. It has a historical take on being Jewish which is very different to today when we have so much antisemitism. Rose is a refugee which is terribly relevant. It rings so many bells with the situation for refugees today and the situation of where we are with the cultural existence of Jews.”

The recording will be streamed via Hope Mill Theatre’s website from 10 to 12 September, with tickets sold at £8. As well as supporting a theatre that remains shuttered due to Covid-19, it will raise money for three charities: UK Jewish Film, Age UK and The Fed, which provides social care for Manchester’s Jewish community. “It seemed like a good idea to help a theatre at this ridiculous time in our lives,” Lipman adds.

Although she has never seen Rose performed on stage, Lipman was familiar with the text that Sherman – her friend and neighbour in London – shared with her when he wrote it. “Rose is a great character. She’s feisty. She’s a bit of a pioneer.” Lipman says she has always wanted to play the part but this is the first time she has been available. “I almost did it the first time around but it was difficult for me as I was in the middle of the BT commercials and I worried it would be furthering my reputation as a ‘stereotypical Jewish actress’.” She is talking about her time as Jewish grandmother Beattie, who famously praised her grandson for gaining an “ology” in his exams, in 32 adverts in the ‘80s and ‘90s – part of an extensive career on stage and screen over more than 50 years. Most recently, she has appeared on the London stage in shows including The Best Man at the Playhouse Theatre and Lettice and Lovage at the Menier Chocolate Factory, and also directed a stage adaptation of her late husband Jack Rosenthal’s film The Knowledge at Charing Cross Theatre. She has also been kept busy for the past two years playing the formidable Evelyn Plummer in Coronation Street. 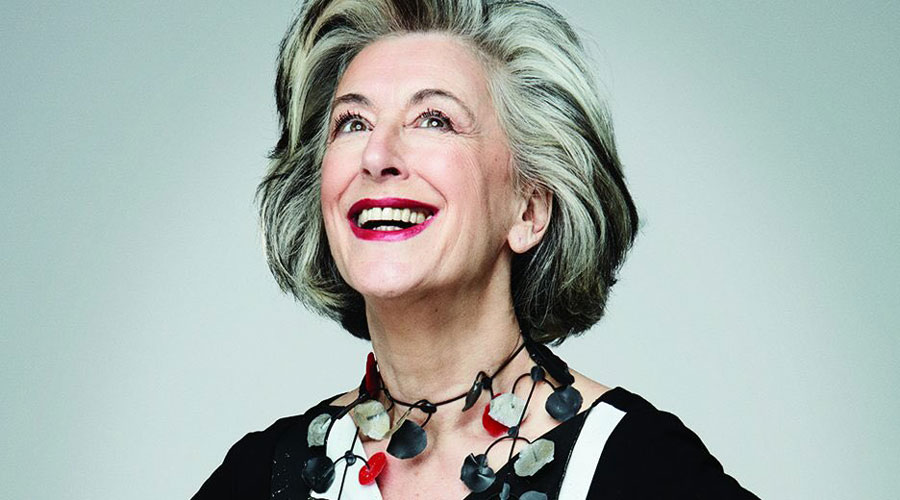 Back in 1982, she was in Messiah at Hampstead Theatre – another play by Sherman that explored Jewish heritage – which earned her a nomination for best actress in a new play in the Society of West End Theatre Awards, now the Oliviers. Following Sherman’s acclaimed drama Bent in 1979 about a gay man in Nazi Germany, Messiah explored the persecution of the Jews in Poland in the 17th century. Lipman has continued to be a fan of his writing and, as he is a neighbour, he has been able to join her and director Scott Le Crass to help them unpack the text. “I know what a visionary writer Martin is,” she says. “Any actor will tell you that if you get an opportunity to do really good language in something really well told, you have to do it.” She admits to being a little daunted by having only three days to learn and rehearse 45 pages of text before it is filmed, but the quality of the writing has helped. “The difference between learning the language of Jack Rosenthal or Martin Sherman to trying to learn an episode of Midsomer Murders is vast.”

One of the challenges has been time. She is due to return to Manchester to resume filming for Coronation Street next week after a hiatus caused by the Covid-19 lockdown. Aged 74, she was one of the older actors initially unable to go back on set because of perceived health risks. She will also be shooting a short film this weekend. “I’ve never done this with just three days’ rehearsal,” she adds. “It’s going to be a bit hairy.”

They haven’t yet settled on a location for filming Rose, which will also feature music by composer and orchestrator David Cullen, but, as Lipman points out, “all it requires is a bench – and a brain to learn 45 pages of dialogue.” But, while she and Le Crass are socially distancing with face masks and gloves, she is enjoying the location for rehearsals: the garden at her home in Paddington in London. “I’m rehearsing in the garden with Scott, eating strawberries. I never want to rehearse anywhere else.”

She has found inspiration in Rose’s story, a woman who has evolved out of tragedy through a philosophy of “progress and acceptance”. It is a sentiment she also applies to the current barriers to the live theatre experience which make online performances more viable. “You are losing something but you are gaining something as how many more people will see it than if it was at Hope Mill? Necessity is the mother of invention. For the buildings themselves, of course it’s tragic that the rats are nibbling away at the velour, but in a bad situation, something good emerges.”

Rose will be available to watch until 13 December HERE where tickets are available for £15 plus booking fee. It is produced by Thomas Hopkins and Michael Quinn for Ginger Quiff Media and Hope Mill Theatre in association with Julian Stoneman for MPSI Ltd.