Les Miserables, the world’s longest-running musical in the world is to move to the Gielgud Theatre whilst the Queen’s Theatre is renovated. 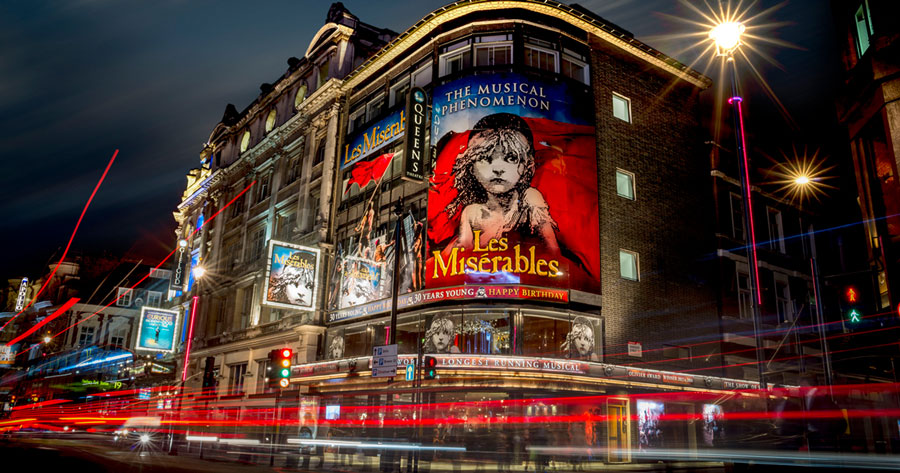 Thirty-four years after Les Miserables opened at London’s Barbican Theatre and confounded the critics, Boublil and Schonberg’s award-winning musical is one of the most financially successful productions in West End history, (the other being Disney’s The Lion King).

Producer Cameron Mackintosh has announced that the original production of Les Miserables will close at the Queens Theatre on 13 July 2019, when the theatre will close for four months of rebuilding work. That work will be undertaken both backstage and in the auditorium as well as adding many much-needed new lavatories to the front of house. This work will restore architect W.G. Sprague’s original boxes and loges which, along with the entire front of house, were destroyed by a bomb in 1940 and caused the theatre to be closed for 20 years.

In December 2019, the Queens Theatre will re-open with a new production of Les Miserables continuing it’s phenomenal run indefinitely. In the meantime, Les Miserables will relocate to the Gielgud Theatre.

The acclaimed New production was created for the show’s 25th Anniversary in the UK in 2009 and has gone on to enjoy huge success around the world all over again, including returning to Broadway. The New touring production which has just opened to rave reviews in Dublin has already taken a record-breaking advance of over £30 million with most dates sold out until January 2020, including Edinburgh, Manchester, Birmingham, Cardiff and Plymouth. There are just a few seats remaining in Milton Keynes, Bradford, Newcastle and Liverpool.

Southampton goes on sale early in February and details of further UK and European dates will be announced shortly.

Cameron Mackintosh said “I am continually amazed that LES MIS in its fourth decade continues to break new ground and new records. The show’s astonishing success is tribute to the story’s power to move and inspire which is at the heart of both the original novel and the musical. Tomorrow will always come for LES MIS!”