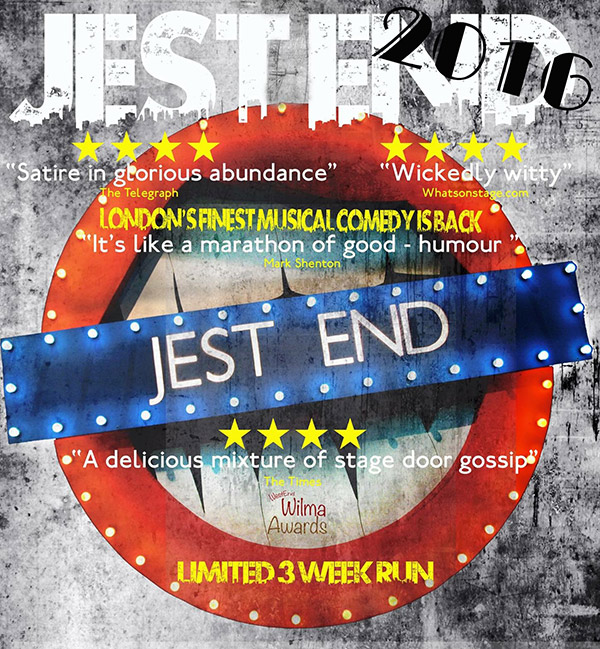 Following a sell-out season in 2015, Jest End, the hit comedy musical show exploring and exposing the flops, hits and gossip of Theatreland, returns to the Waterloo East Theatre.

Jest End End has gone from strength to strength since it first premiered at Jermyn Street Theatre and has been labelled as London’s answer to Forbidden Broadway.

This year audiences can expect to see Jest End’s unique takes on West End Musicals including Les Miserables, Funny Girl, Matilda, School Of Rock, Hamilton, Groundhog Day and Guys and Dolls amongst others.