West End Stars will unite this August for the 50th Anniversary of Godspell the musical which is to be streamed online to raise funds for charity. 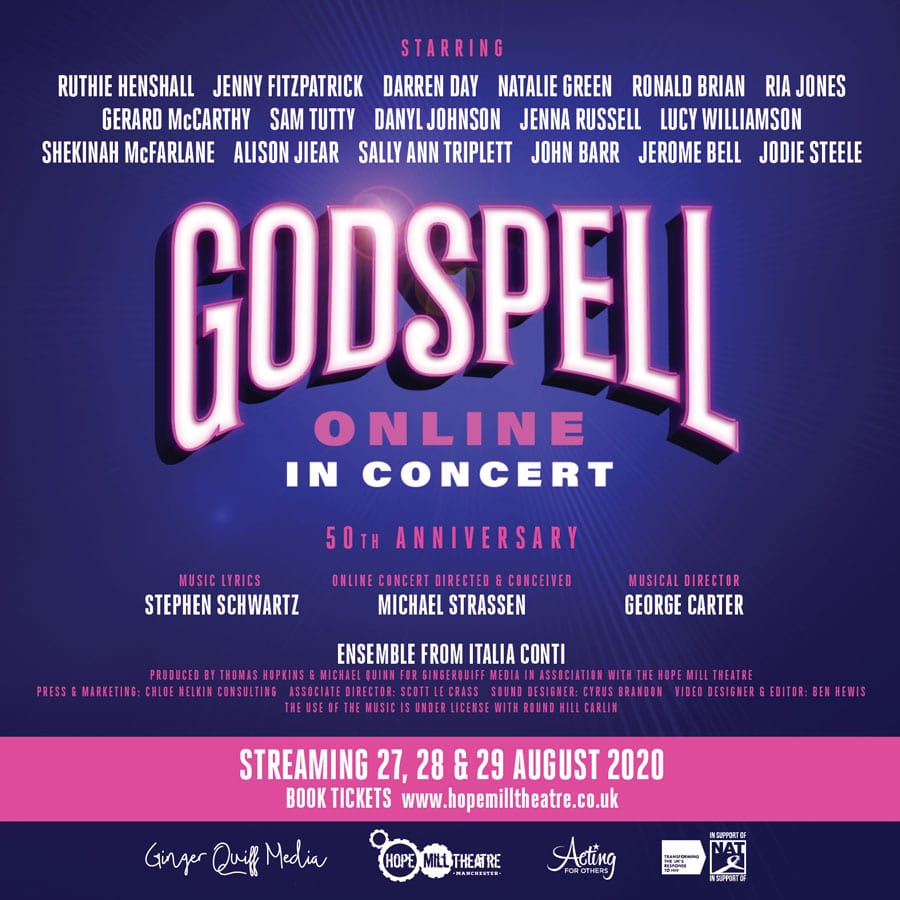 The Godspell 50th Anniversary Concert Online will see Godspell revamped and made available to stream worldwide for three days on 27, 28 and 29 August 2020.

The online concert will feature Ruthie Henshall (Chicago; Billy Elliot), and Darren Day (Joseph and the Amazing Technicolour Dreamcoat; Priscilla, Queen of the Desert) will return to reprise their roles from the 1993 cast recording; they will be joined by Sam Tutty (Dear Evan Hansen), Ria Jones (Sunset Boulevard; High Society), and Jenna Russell (The Bridges of Madison County; Fun Home). 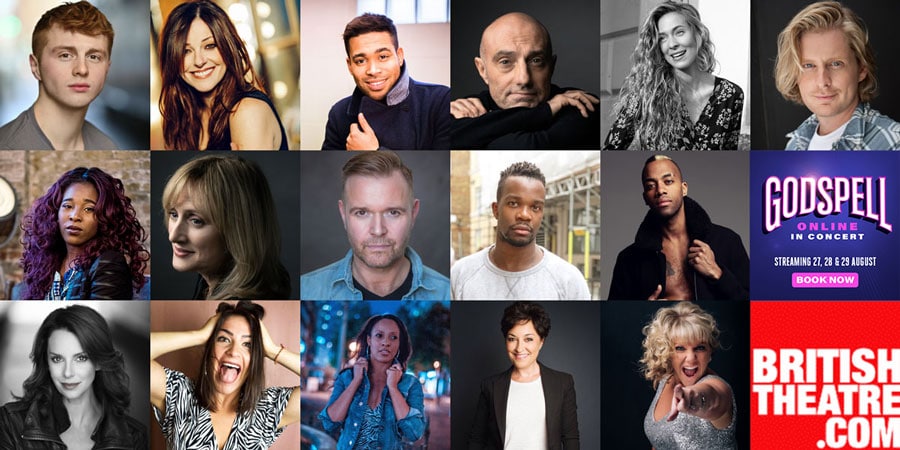 Godspell originally opened Off-Broadway in 1971 and closed in 1976 running for 2,124 performances. There has scarcely been a time since where a production of Godspell has not been playing somewhere in the world.

With a driving message of hope and community, Godspell is the acclaimed work of renowned composer Stephen Schwartz (Wicked; Pippin; The Prince of Egypt) which tells a series of parables leading up to the Passion of Christ. To look towards a brighter future post-lockdown, the concert will raise money for wonderful charities: Hope Mill Theatre (A Factory of Creativity CIO), Acting For Others, and National AIDS Trust.

Directed by award-winning Michael Strassen (Billy; Assassins), it will be filmed from the cast’s homes and edited together with striking visual animations. It is a revival of Godspell like never before, revamping the show for the modern technological age. Available for three days only to stream worldwide this summer, this promises to be the online theatrical event not to be missed.

Joseph Houston, Artistic Director of Hope Mill Theatre comments, We are so honoured to be collaborating on this online concert celebrating the 50th Anniversary of the musical Godspell and to be using this opportunity to support not only our own venue but the incredible work that Acting for Others and the National AIDS Trust are doing during this time. The line-up of talent we have assembled is incredible and I know that this is going to be an online event not to be missed. We are also thrilled to be once again presenting a Stephen Schwartz musical and to share the musical genius of one of the world’s best musical theatre composers.

Sharon Coleman, Director of Fundraising at National AIDS Trust, adds, We’re absolutely thrilled to be one of the charities benefiting from the online concert marking Godspell’s 50th anniversary. It promises to be an exciting show, full of our favourite performers, so we hope lots of people buy a ticket and raise money to support our vital work tackling HIV stigma and discrimination.

More great shows to watch at home can be found here.