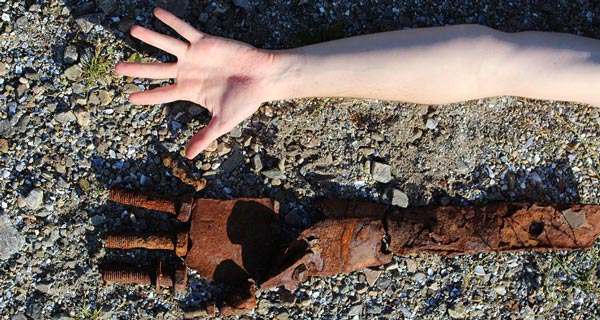 David is making a show about his dad, but he doesn’t want him to see it. Hard Graft explores how much can change between one generation of a family and the next and the lengths we go to bridge the divide. A performance about reluctant fathers and wayward sons set against the backdrop of the occasional mining disaster and the fading industrial landscapes of South Wales.

The piece, which was originally seed commissioned by Ovalhouse last year, is being presented as part of their current spring season Public/Private, before touring later this year.

David Sheppeard is a theatre artist and producer based in Brighton, whose previous work have been developed at The Nightingale, Ovalhouse and Battersea Arts Centre. His performances often combine elements of his own personal history with other biographies, histories, facts and fictions, with the intention of creating unexpected juxtapositions, awkward situations and healthy confusion. He is interested in issues of truth and falsehood, self-expression and self-indulgence and what differentiates them and how they overlap. David’s work often combines text, film, image and movement, using influences ranging from hard science to pop culture to inform and shape each performance’s final form.