Casting has been announced for Zomboid! by multi award-winningwriter Richard Foreman, directed by Patrick Kennedy at the New Wimbledon Theatre Studio  from 2 – 7 December 2019. 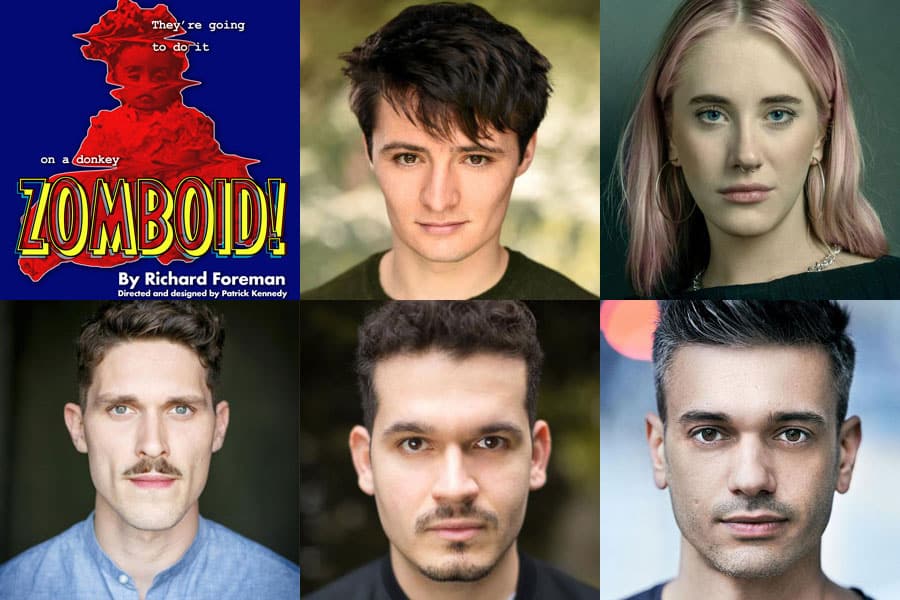 Davey Green (Ben) stage credits include Just William’s Luck at the Underbelly and The Wonderful World of Dissocia at Embassy Theatre.

Georgia Small (Hannah) makes her London debut in Zombois! Credits whilst training include Three Sisters at NIDA and Antigone at NIDA.

The film-performance theatre project plays at The Studio at New Wimbledon Theatre from 2 – 7 December with press night onTuesday 3 December. It is the third and final part of the year long season of work Foreman At Fifty exploring Foreman’s 50 year career as a theatre maker. Originally staged in 2006 at the Ontological-Hysteric Theater in New York, Zomboid! is one of Foreman’s final theatre pieces and once again smashes theatrical conventions to smithereens with its use of filmed footage and live stage action.

Zomboid!  is a deeply shrewd, multi-layered radical art experience which covertly opens a peephole into modern life and the effects of mass communication and information. It tells you more than any possible news bulletin about the secret forces at work in the depths of our live experience.