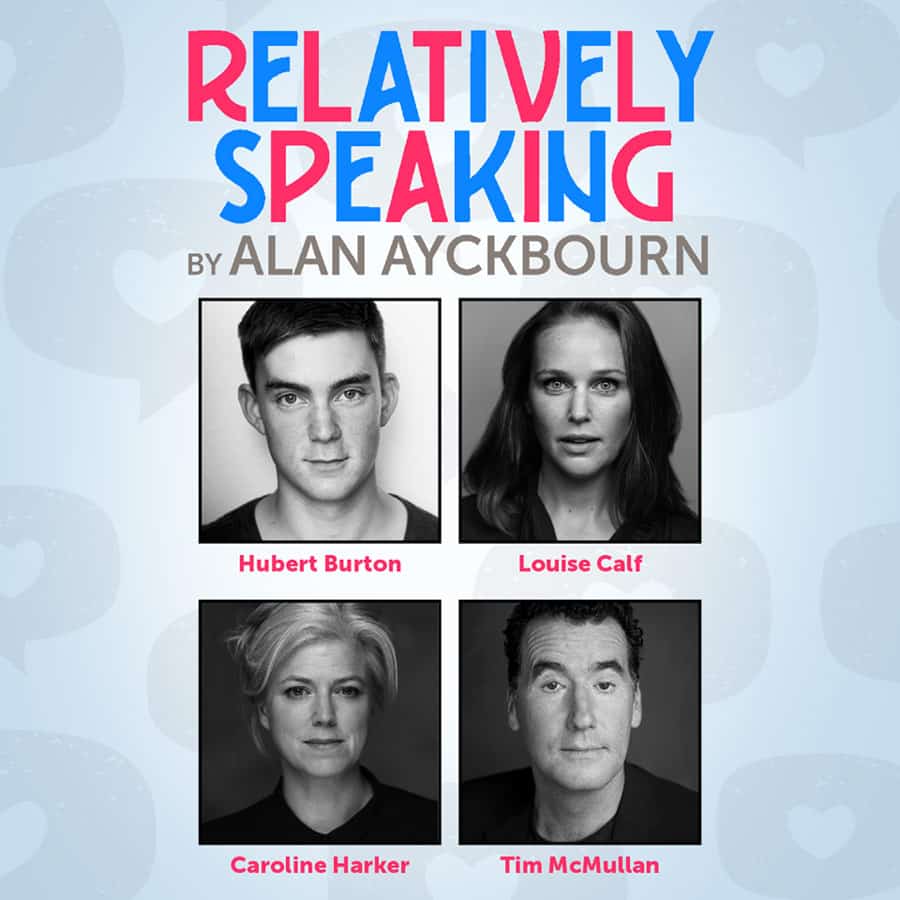 Relatively Speaking will be staged in-the-round in a specially transformed auditorium at Salisbury Playhouse with seating on all sides of the stage.

Relatively Speaking features Greg and Ginny who are living together. Ginny is keen to marry Greg but, with unfamiliar slippers under the bed and a delivery of flowers and chocolates, Greg is becoming suspicious that he is not the only man in her life. When Ginny says she is visiting her parents in the country, a dizzying series of misunderstandings unravels into chaotic comedy.

Relatively Speaking was Ayckbourn’s first big West End hit when it was originally staged at the Duke of York’s Theatre, London, in 1967 with Richard Briers, Jennifer Hilary, Michael Hordern and Celia Johnson.