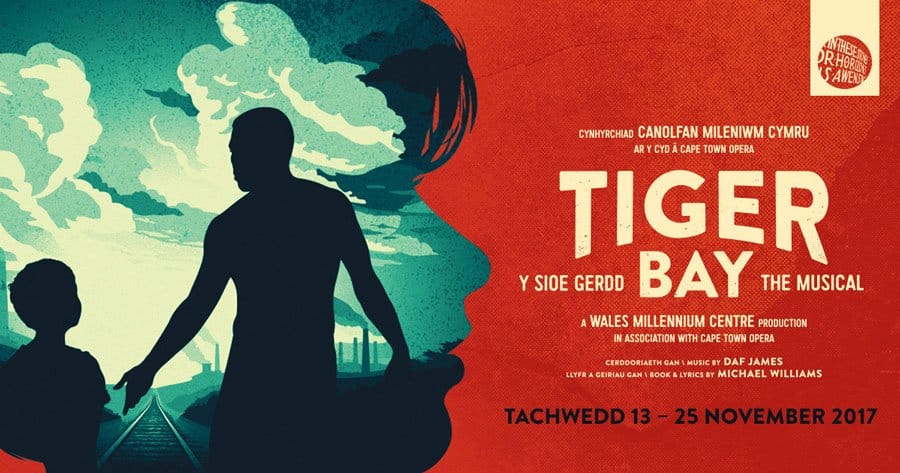 Cardiff’s own Noel Sullivan has joined the cast of Tiger Bay the musical which is to be presented at the Wales Millennium Centre from 13 – 25 November 2017.

Tiger Bay the Musical is set in 1900s Cardiff at a time of unrest between the workers heaving coal in the docklands, known as Tiger Bay, and the Bute Dock Company and merchants of the Coal Exchange they afforded.

A fictional story of revolution, reconciliation, courage and love, the award-winning creative team – composer, Daf James, writer Michael Williams and director, Melly Still – have remained sympathetic to the reality of the era which includes forming a promdominently Welsh cast.

Noel, whose grandfather worked on Cardiff’s docks, said: “I am used to taking on roles in productions that are already established, so not only will this be the first time I play the bad guy, it is incredibly exciting to be part of a brand new musical of this scale created in Wales.

“I last performed at the Centre during the Dirty Rotten Scoundrels tour in 2015, plus numerous times before then, so I can’t wait to come home to perform in a show which has come out of a place that helped me in my career.”

Noel joins John Owen Jones and Vikki Bebb in the production which will be the centre’s biggest in-house  production to date.