It is 43 years since Steven Berkoff blasted onto the stage with his play East. Production company Atticist has now revived it at the King’s Head Theatre, back where it had its original London premiere, bringing a freshness and vitality that helps to show why it created such shockwaves at the time. 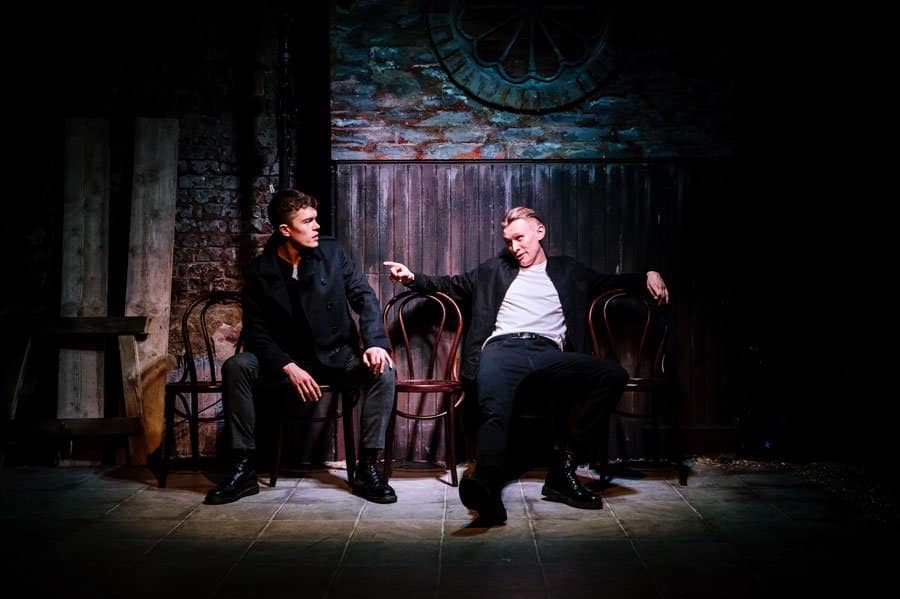 An elegy to London’s East End, the play is a kaleidoscope of the lives of a family and friends, focusing on two lads, Mike and Les. The period shifts nebulously – it could be the punk-era 1970s or the swinging 1960s or the post-Blitz 1950s or, watching it now, even 2018. Through a series of vignettes and monologues, it takes us through working-class Londoners’ lives, from working in a budget menswear shop to eating cockles on Southend seafront to going out on the pull at a dance hall, all conveyed by Anna Lewis’s versatile set of chairs and timber planks.

The play is infused with posturing machismo and male violence, mostly in the brutality of the language but also in the balletic fight that opens the play. The poetry of Berkoff’s writing shines through in this production, mixing cockney slang and swearing with Shakespearean-style verse and imagery, including many a direct quote. 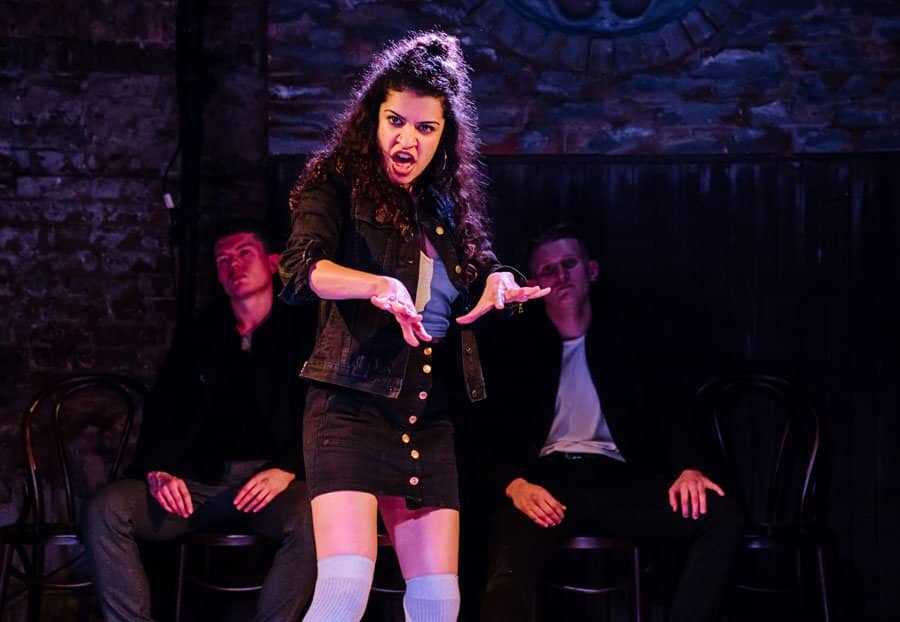 James Craze as Mike – Berkoff’s own role in the original production – and Jack Condon as Les are impressive, particularly in their grasp of Berkoff’s style and masterful monologues. They are totally convincing as cockney lads on the make, drifting from dead-end jobs to pulling girls to street fighting, alongside Boadicea Ricketts as Mike’s flirtatious girlfriend Sylv. Russell Barnett as Mike’s dad, Fred, seems straight out of a boozer on Commercial Street, full of sentimental nostalgia for his manor but viciously anti-Semitic and misogynistic. Debra Penny is equally sharp as his wife Doris, grimly enduring marriage to a boorish husband while dreaming hopelessly of a better life. 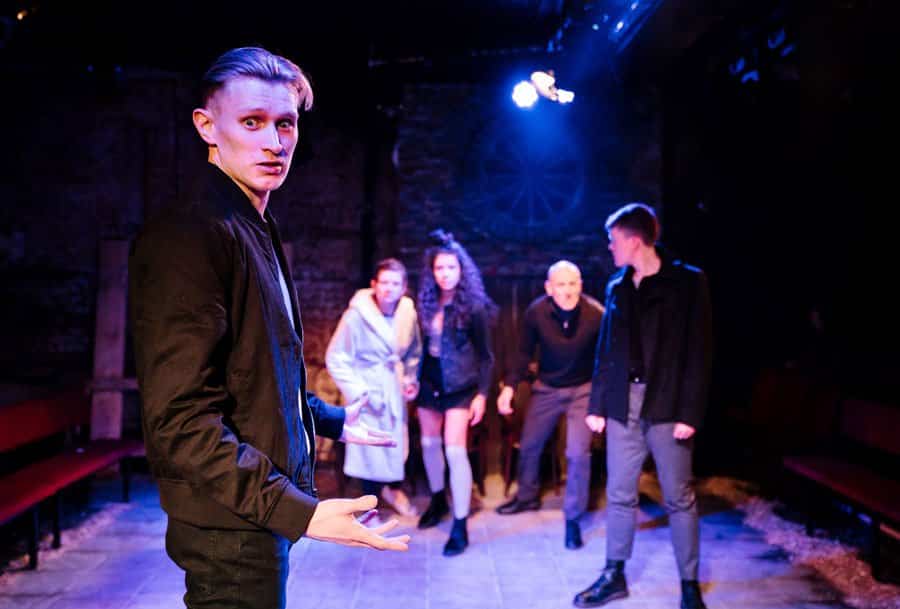 Music is just as much a part of the story, with musical director and pianist Carol Arnopp accompanying the cast on the old joanna with East End pub standards such as Roll Out the Barrel, Any Old Iron, and I’ve Got a Lovely Bunch of Coconuts. It adds to the elegiac sense of a disappearing world, tinged with sentimentality, most notably in a poignant slowed-down rendition of Flanagan & Allen’s Underneath the Arches that reminds us that the comedians’ signature song is about being homeless on the streets of London.

Period references aside, East can still shock and surprise. Tightly directed by Jessica Lazar with movement director Yvan Karlsson, this is an electrifying journey through East End life, as exciting as a rollercoaster ride on Southend Pier.