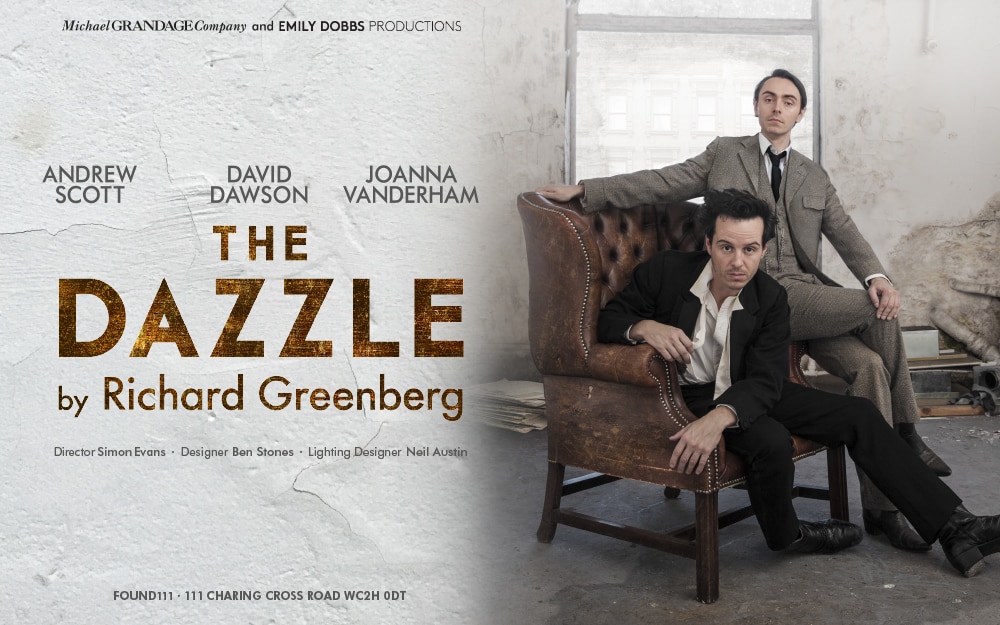 The Michael Grandage Company and Emily Dobbs will co-produce the UK premiere of Richard Greenberg’s The Dazzle at Found111, at the old site of Central St Martins School of Arts on Charing Cross Road.

“My brother makes an epic of a molecule — what would he do with the world?”

New York City. The beginning of the 20th Century. Two brothers sit in their home surrounded by 136 tons of hoarded junk. When a beautiful guest arrives, everybody’s lives are thrown into sharp focus.

The Dazzle will star Andrew Scott (Sherlock, Spectre) as Langley, David Dawson (The Duchess Of Malfi, Posh) as Homer and Joanna Vanderham (The Paradise, Dancing On The Edge) as Milly.

The Dazzle is directed by Simon Evans and designed by Ben Stone.

Please note that The Dazzle will contain partial nudity and is suitable for ages 12+.

The Dazzle opens on 15 December, with previews from 10 December, and runs for a strictly limited season until 30 January 2016.

BOOK TICKETS FOR THE DAZZLE