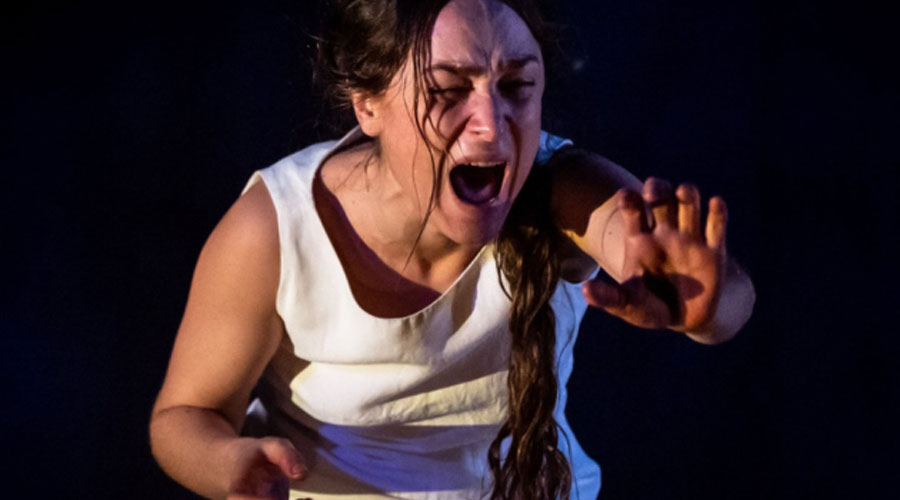 Something wicked comes to Derby Theatre as Macbeth arrives in the East Midlands in a co-production with Queen’s Theatre Hornchurch in London. Director Douglas Rintoul promises “a period piece” with modern elements, and indeed this is a seriously straightforward interpretation of Shakespeare’s tale of political turmoil, murderous ambition and madness born of guilt. 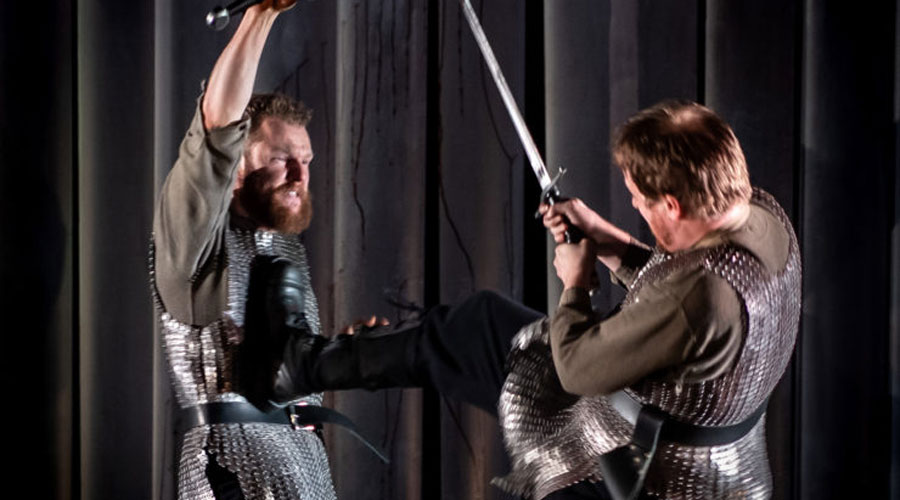 The piece is starkly staged by Ruari Muchison. A blood-red line splits the stage, suggestive of how the country becomes deeply divided as the play unfolds. This line could also represent the line that Macbeth crosses in realising his ambition, and the blood-red river that propels the principal players on their journeys. Lighting, designed by Daniella Beattie, conjures up a suitably murky mood, creating shadows where traitors lurk, spirits haunt and witches plot and prophesy. Some effective silhouette work also suggests larger battles, visions of the future and more extreme violence. 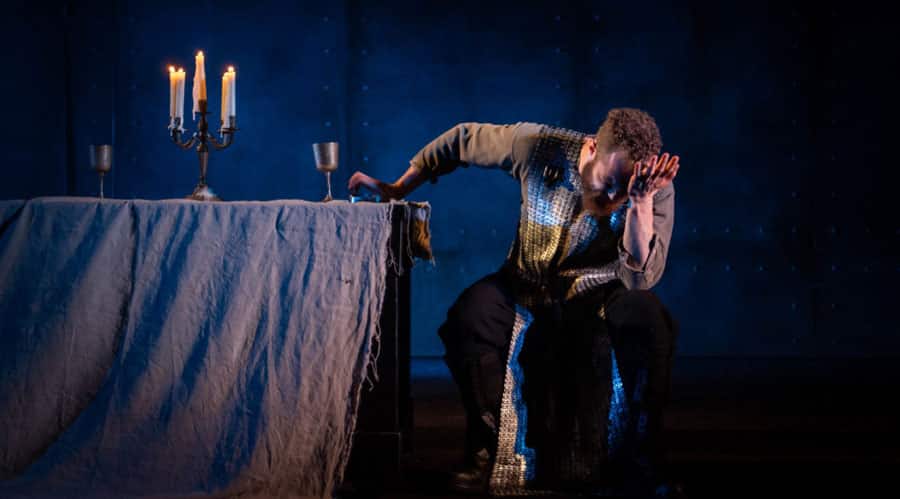 Paul Tinto delivers a muscular and physical performance as the increasingly tortured Macbeth. His journey from celebrated war hero to anxious ruler is dexterously realised; the weight of his doubts and regret become an unsupportable house of cards as he starts to recognise that he has been drawn into a game he can never hope to win. As Lady Macbeth, Phoebe Sparrow is deliciously devious, conniving and goading as she adds her own fuel to the fire of her husband’s ambition. Imelda Marcos, Grace Mugabe and Elena Ceausescu would have done well to take note of the consequences for this original “power couple”. Adam Karim as the betrayed Banquo makes for a frightful spectre of vengeance, and Rikki Chamberlain injects much-needed levity as the porter, bringing merriment along with some adroit physical comedy and knowing double entendre. 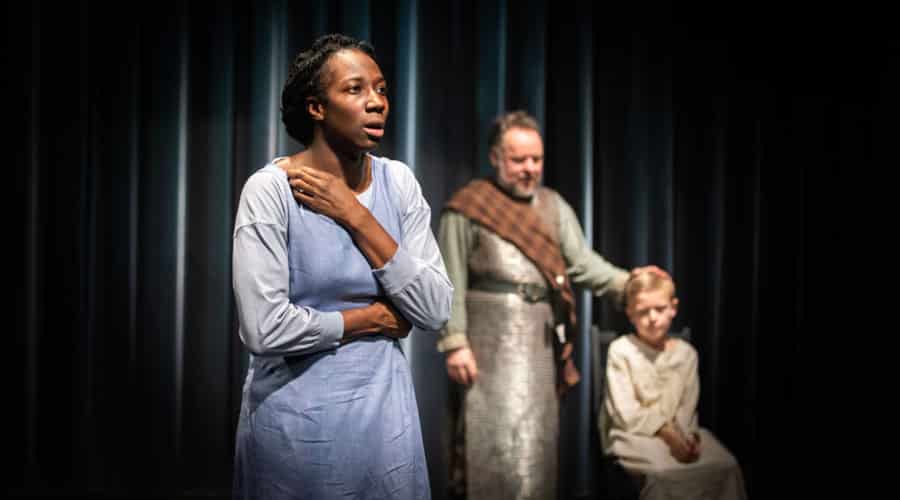 With the requisite intrigue, horror and double-crossing, this is a solid and handsomely staged production, albeit somewhat unambitious. Those hoping for a radical reinvention should look elsewhere; this robust piece is Shakespeare 101, serving as a solid introduction to the play. Indeed there was a large number of students making up the audience when I saw it, and the play kept the attention of those more used to the exploits of the houses of Stark and Lannister – further proof of the timeless resonance of the themes of power struggles and power couples. 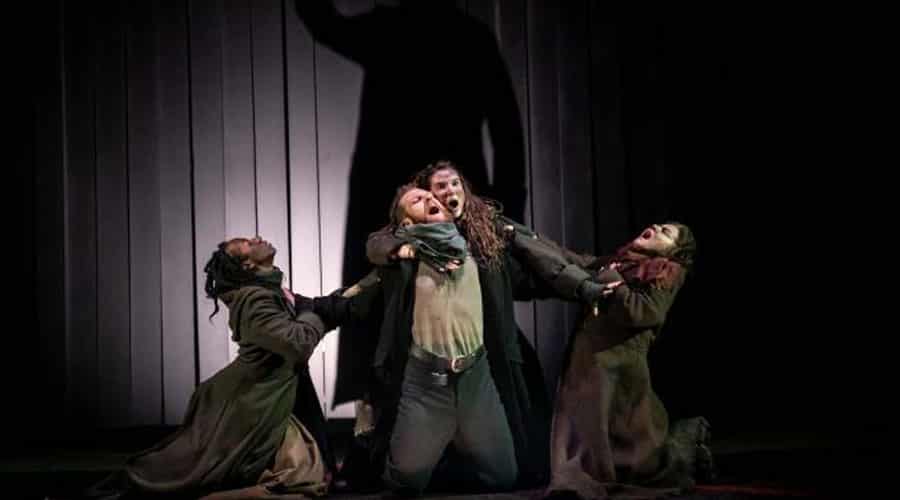 Running at Derby Theatre to 14 March 2020 and then at New Wolsey Theatre in Ipswich from 17 to 21 March and Perth Theatre from 31 March to 4 April.