Ratatouille the musical is getting an online premiere from 1 January 2021. Based on the Disney film, this musical has organically grown on Tik Tok but the online concert is being directed by Britain’s Lucy Moss. 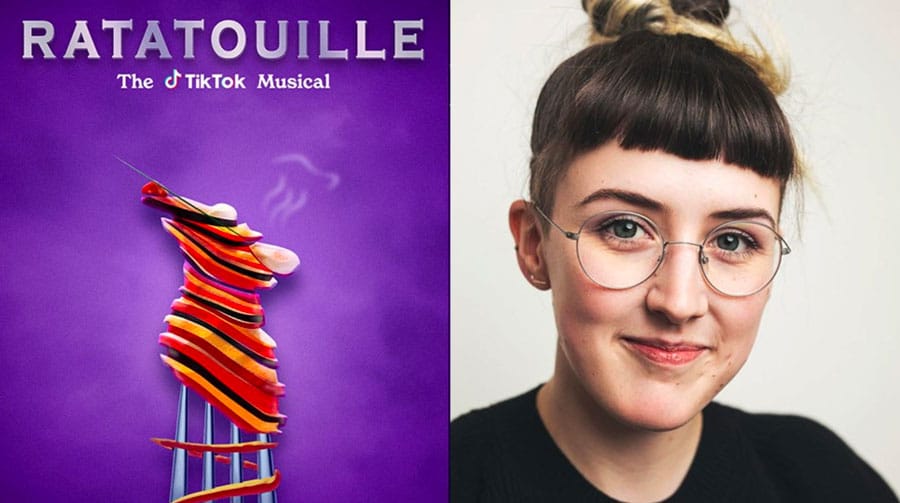 When theatres are closed around the world, creativity will nearly always shine through and so in August 2020, thousands of TikTok users, including many with professional credits paid homage to the 2007 Disney Pixar film by contributing to an online musical version of Ratatouille the musical.

Submissions of songs, dances, make up designs, set designs, puppets and even a Broadway Playbill created by Playbill themselves allowed for this project to come together organically on Tik Tok where users have only a minute to catch people’s attention.

The musical was started by Emily Jacobsen, 26, a school teacher from Westchester County, New York, who, as she cleaned her flat found herself singing a song about Remy and as you do she recorded a video of it, posting it on Tik Tok.

Daniel Mertzlufft, 27, a New York-based composer and orchestrator noticed and using a computer programme which enhanced her original Ode To Remy, Mertzlufft added full orchestrations to create a big Disney style finale for a “Ratatouille” musical.

By mid-October, thousands of others have shared their own contributions towards the virtual musical, enough for Disney to signal it was watching saying “We love when our fans engage with our stories”.

Broadway actor Kevin Chamberlin recorded his own contribution commenting that the character of Chef Gusteau and his observation that “anyone could cook” hit a note with him.

“Only the coronavirus pandemic could have brought out a virtual show like this”, Mr Chamberlin said. “What’s really interesting about all this is that, during this pandemic, art is pushing through because we can’t get on stages and in front of audiences.”

The show continued to grow without a producer, director, or and official team helping to develop it, until very soon the idea came forward for a benefit concert of the work.  Presented in aid of The Actors Fund an announcement that the musical would indeed take place on 1 January 2021 was made.

Producer Jeremy O Harris and adaptors Michael Breslin and Patrick Foley have bought together at least 11 social media creators who participated in the original Ratatouille sensation on TikTok to take part in the streaming concert. The streamed concertat is to be directed by Six co-creator Lucy Moss.

The results of this unique collaboration can be seen from 1 January for a super-limited season. Only audiences will know whether the Ratatousical as it has been dubbed has the creativity and flair to make it.

BOOK YOUR PASS TO VIEW RATATOUILLE THE MUSICAL HERE