Deck the halls with holly and get out those jingle bells as the biggest stars from West End musicals celebrate the festive season in ‘West End Musical Christmas – Live at the Palace Theatre’. 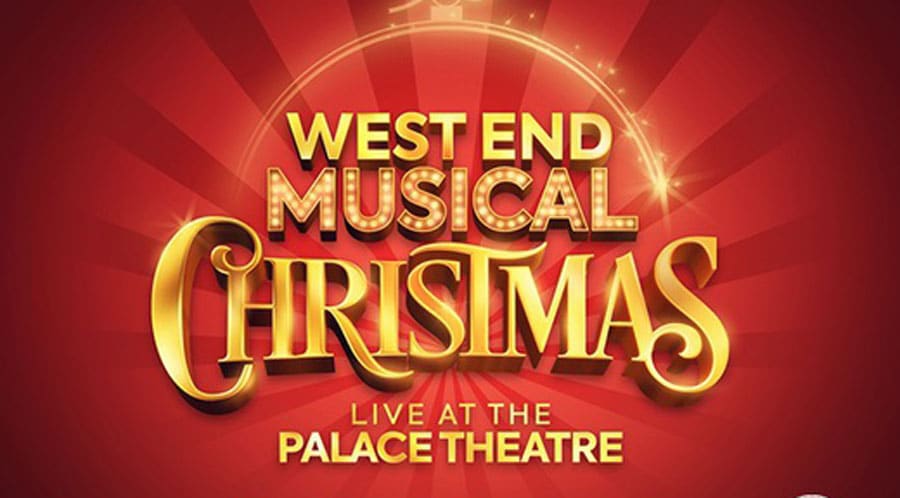 The line-up features the West End’s biggest stars including – Alice Fearn (Beverly in ‘Come From Away’ and Elphaba in ‘Wicked’), Sophie Evans (Glinda in ‘Wicked’), Ben Forster (The Phantom in ‘The Phantom Of The Opera, Jesus in ‘Jesus Christ Superstar’), Shanay Holmes (Rachel in ‘The Bodyguard’, Joanne in ‘Rent’, who was recently nominated for a Black British Theatre Award, and hosts the evening), Rachel John (Angelica Schuyler in ‘Hamilton’, Mimi in ‘Rent’), Jamie Muscato (Jason Dean in ‘Heathers’, Tony in ‘West Side Story’), Trevor Dion Nicholas (the Genie in ‘Aladdin’ and George Washington in ‘Hamilton’), Layton Williams (Jamie New in ‘Everybody’s Talking About Jamie’, Angel in ‘Rent’).
More special guests will be unwrapped during this all-singing, all-dancing extravaganza of a concert!
As with all West End Musical productions, the audience will ‘become the cast’ and will be immersed in the wonderful world of musicals from the moment they enter the theatre.

‘West End Musical Christmas’ will be the grand finale of Nimax Theatre’s autumn season of socially distanced shows. A percentage of profits will be donated to Acting For Others.

Capacity at the Palace Theatre has been reduced to comply with COVID-19 Secure guidelines for social distancing plus robust risk mitigation. In addition to hand sanitation, face coverings and track and trace, other measures will include contactless tickets, temperature testing and the deep clean and sanitation of the theatre.