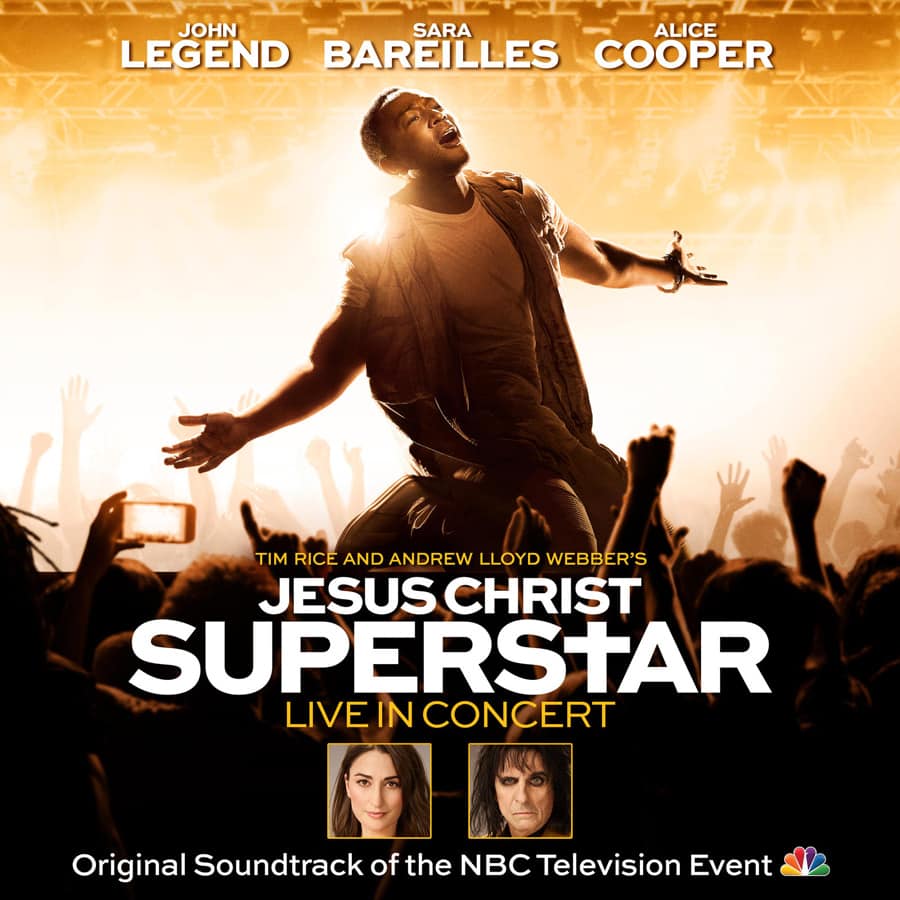 Who can believe that it is nearly 50 years since Andrew Lloyd Webber and Tim Rice rocked the world with their concept recording of Jesus Christ Superstar? In his recent autobiography Unmasked, Andrew Lloyd Webber says:- “Tim, hoever, had mentioned several times Bob Dylan’s question, “Did Judas Iscariot have God on his side?” He became fascinated about Judas in the historical context of Roman-occupied Israel. Was Judas the rational disciple trying to prevent the popular reaction to Jesus’s teaching from getting so out of hand that the Romans would crush it?” So the dramatic conceit that the show would tell the story of the last seven days in the life of Jesus Christ from the viewpoint of Judas Iscariot was born.

It’s amazing to think that at the time of the original album’s release religious bodies were incensed, protests aplenty were staged talking about the heretical approach to scripture. One group of nuns staging the show with their school children were shut down apparently. Move forward to Easter Weekend 2018 and NBC television aired the show as the latest as their live to air musicals with the show enjoying a viewership of over 10 million in just the US alone. How times have changed!

I am writing this review based purely on the recording of the show. It’s a show I know intimately, I’ve seen many productions of it, produced an amateur production, and thrilled to some truly memorable interpretations of the key characters. Listening to the show cold on this recording one thing struck me. Writing initially for a double album format Rice and Webber fell upon a style that would become their trademark – that of the through sung musical. Without using a traditional book writer, Rice’s lyrics would convey the entire story but I was amazed by how well the show held up nearly half a century after its debut and just how economical and timeless Rice’s lyrics are.

Brandon Victor Dixon makes for a great Judas as does John Legend as Jesus Both are compelling, dynamic and certainly do the score justice. Sara Bareilles is a sensational Mary, soulful and moving, I Don’t Know How To Love Him has never sounded better.

Broadway’s Norm Lewis is a great Caiaphas, he and his fellow high priests including Jin Ha as Annas are suitably coniving and menacing. Pilate is a role for me that always seems like it was written for actor of Shakespearean stature and Ben Daniels certainly delivers that.  Jason Tam’s Peter together with Sara Bareilles delivers one of bestr Could We Start Again Please I’ve heard. Erik Gronwall bats Simon Zealotes out of the arena. Herod is one of those characters where an actor has to strut his stuff in four minutes and Alice Cooper certainly deliveras this insecure man who perhaps is way out of his depth as history overtakes him.

One of the things I enjoyed most about the album is listening to Nigel Wright’s 30 strong orchestra which includes an amazing rythmn section, but also a stunning string section. Those amazing strings give the score such instrumental depth. You notice them immediately in Heaven On Their Minds and they are a joy throughout. As a show or just as an album as it was originally concieved Jesus Christ Superstar has withstood the test of time.

My only gripe with this album is the cheering of the crowd. I’ve not seen the telecast nor do I know how it was filmed but it does sound like the crowd was prompted at the worst possible opportunities to cheer which ruins some key moments. I suppose you can’t complain it is a live album but really!

That aside, my love for Jesus Christ Superstar remains. This version is now permanently in my system and rates amongst four Superstar recordings that I come back to again and again (Don’t ask me to reveal which ones!).

I’m glad NBC took a risk with Jesus Christ Superstar. To their credit they created a super cast and creatives that really put together a first class show and a great album.