It takes a lot to keep the West End’s magnificent musicians down and yesterday a technical miracle bought the Phantom Of The Opera Orchestra back together virtually to perform All I Ask Of You with the boss Andrew Lloyd Webber. 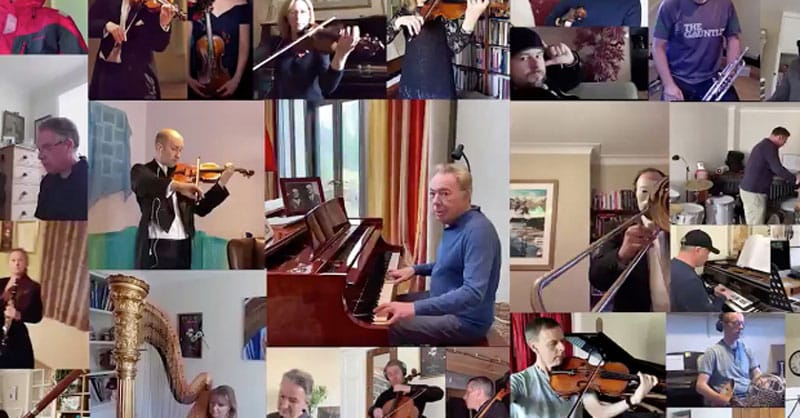 With each musician providing their part separately, a bit of technical wizardry and a performance from Andrew Lloyd Webber, this special video performance of All I Ask Of You from The Phantom Of The Opera.

Phantom remains the longest-running show in Broadway history and is Number 2 behind Les Miserables in the West End but not by much.

The Phantom Of The Opera has played at Her Majesty’s Theatre since it opened there in 1986.

With direction by Harold Prince, sets and costumes designed by Maria Bjornson, and choreography by Gillian Lynn the show was a major hit from its opening night. Lyrics for Phantom were provided by Charles Hart and Richard Stilgoe.

Andrew Lloyd Webber has been keeping the rest of us on our toes across the lockdown with his impromptu performances which have built a following of musical theatre fans who can’t wait to get back to the theatre. Hopefully, that won’t be too long.